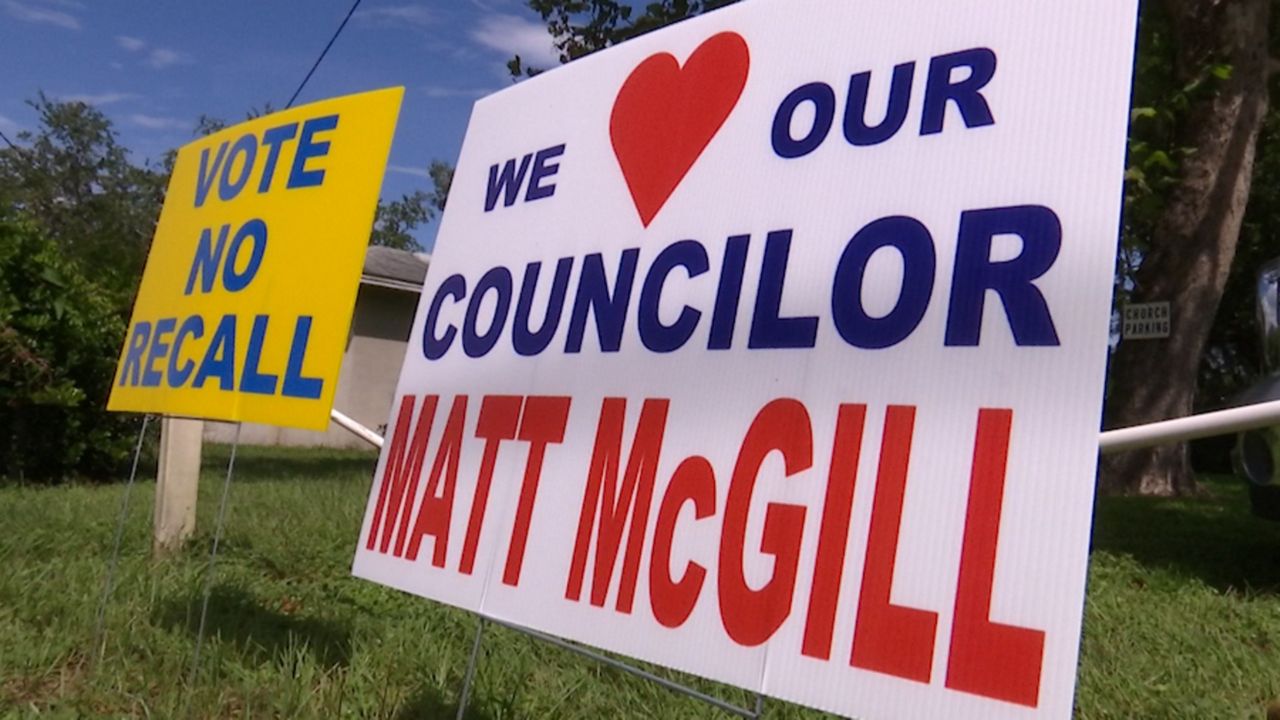 Not all Howey-in-the-Hill citizens agreed with the recall of Matt McGill, as shown by signs in some yards. This was the 2nd attempt to remove him. (Dave DeJohn/Spectrum News)

This is the town's second attempt to remove McGill, after a federal court halted the vote back in April.

McGill had demanded $1 million from the town and threatened a lawsuit, saying Howey officials had violated his civil rights and caused him social and economic harm and subjected him to unnecessary scrutiny by town code enforcement officials. McGill also accused the mayor of cutting him off during discussions at council meetings.

Early Tuesday morning, several residents could be seen showing support for the recall.

“I think for the last two years we've had so much disruption and the council has wanted to get things done, but they just haven't been able to,” Howey-in-the-Hills resident Patty Lang said.

McGill said he may move forward with a lawsuit against the city,  seeking financial damages that reportedly amount to around $1 million.