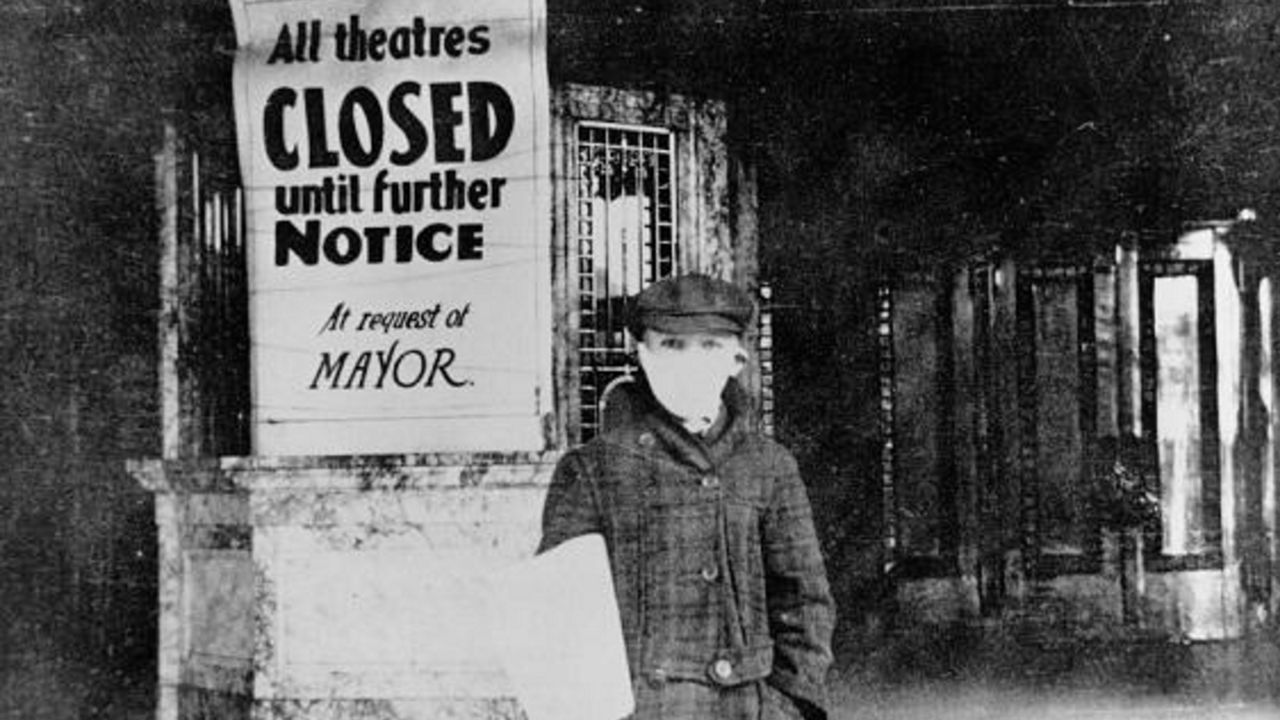 Gathering places nationwide were shut down at the order of public health officials during the 1918 influenza pandemic. (UNC Gillings School of Global Public Health)

How Did the 1918 Pandemic Virus Get the Name "Spanish Flu"?

How did the influenza of 1918 that caused a worldwide pandemic come to be referred to as the "Spanish flu"?

The term "Spanish flu" is actually a misnomer — that is, it did not get that name because the influenza originated from Spain. In fact, health experts can't pinpoint exactly where the virus first took hold. There are conflicting reports, but it's generally agreed that it spread through World War I military troop movements.

The truth is, the pandemic became associated with Spain because it was the first country to openly talk about it.

During World War I, Spain had a free press — unlike most of Europe at the time. Spain was also neutral during the First World War. Other countries battling in the war did not want to admit that their troops might be decimated by a virus.

So while the rest of the world focused on winning the war, and their war efforts dominated newspaper headlines, Spain reported heavily on the influenza pandemic, garnering the dubious honor of having the 1918 influenza virus associated with it.