Log In
Ms. Theresa stands in what was once the kitchen of her home, but now the floor is collapsing. (Molly Duerig/Spectrum News)
PLAY VIDEO
LOG IN

She Lived Without Water or Power for 7 Years. A New "Family" is Making Her House a Home.

ORLANDO, Fla. — If you drive down the quiet avenue of Pershing Place in Parramore today, you could miss it. Just a run-down house, nothing too out of the ordinary, besides an enormous agave plant cresting across the front lawn.

It didn’t look like that a few months ago, when the city of Orlando took note of several code violations on the front of the property. 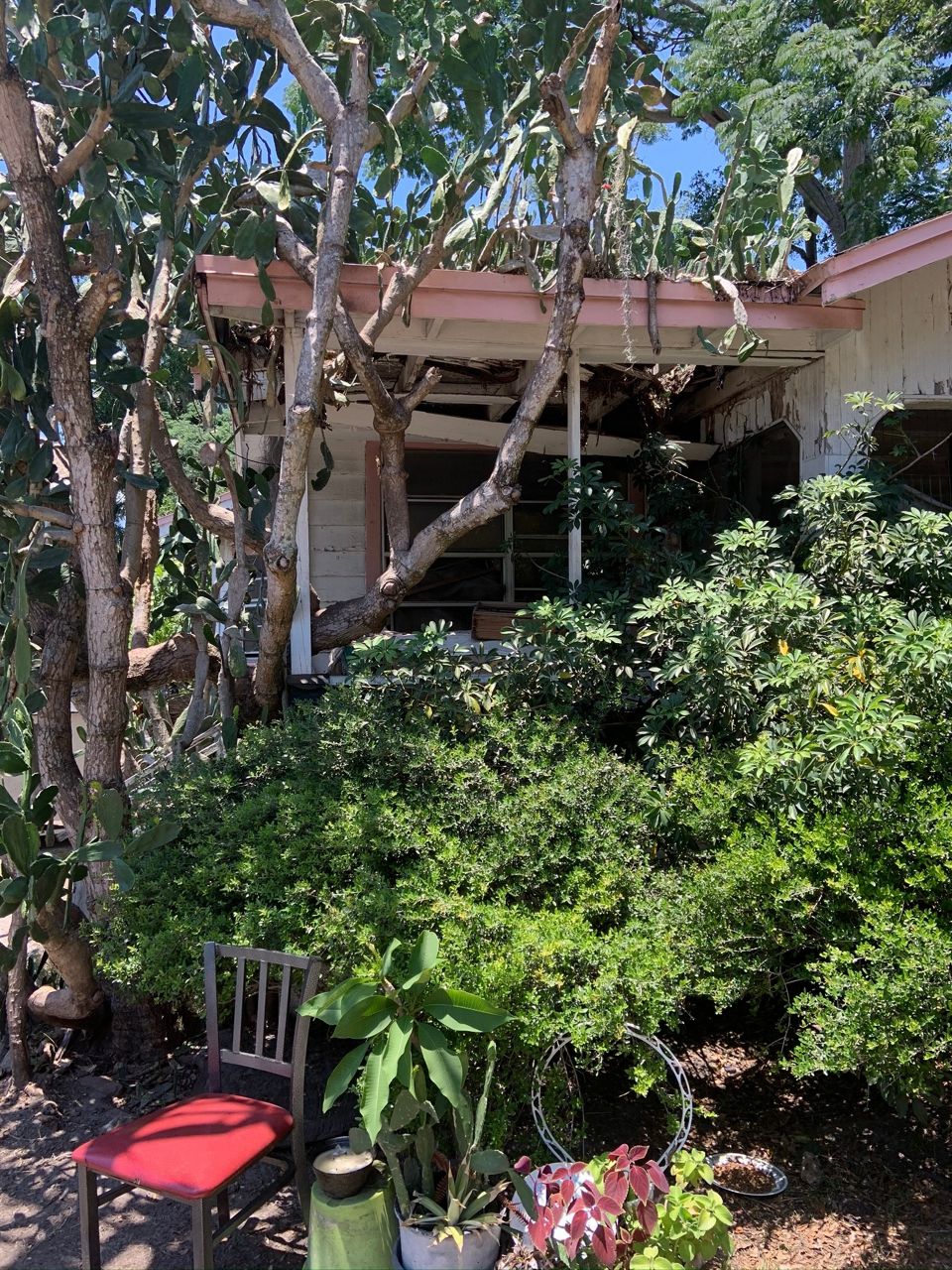 Bubbling over with a seemingly endless supply of positive energy and wisecracking jokes, 72-year-old Theresa DeFairia — known to her loved ones as “Ms. Theresa” — has owned this 1940s-era home on Pershing Place for the past 31 years. She bought it from the city of Orlando in 1989 for $20,000, after arriving in the area from Brooklyn a homeless woman.

“I love my home,” Ms. Theresa said. So much so, in fact, that she swears she’d never part with it — despite its current state of incredible disrepair.

It was the property’s cluttered exterior that caught the city’s attention back in May, but the inside of the house is in dire straits as well. Escobar, a friend of Ms. Theresa’s, has rallied a group of volunteers together to help restore the home to livable conditions. They’ve come out on several weekends to tear away overgrown landscaping, cart away trash and clear space in the large backyard, which is home base for the two dozen dogs Ms. Theresa’s taken under her wing. 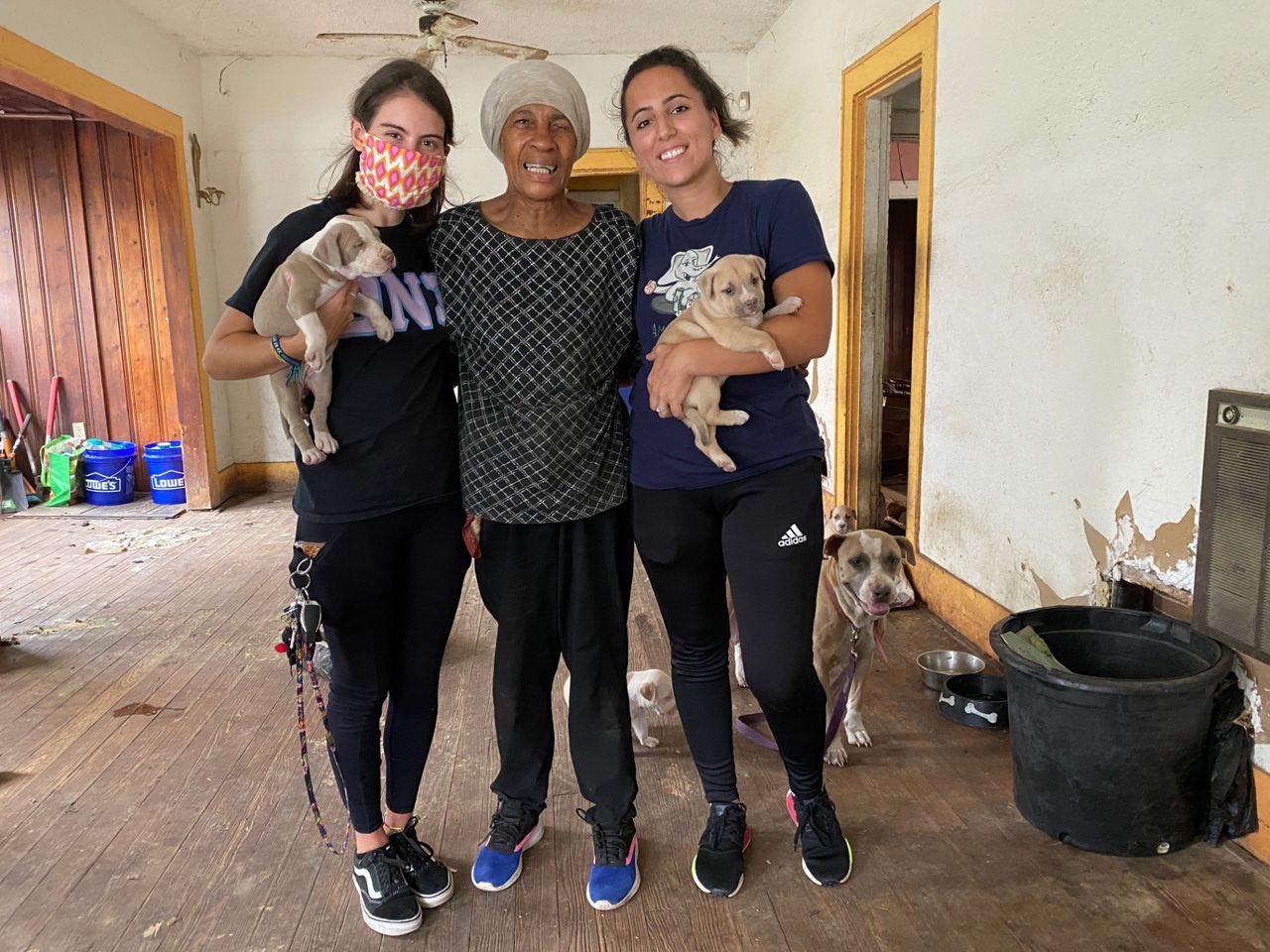 Escobar said first priority is addressing the city code violations: the clutter on the outside of the house (including mattresses and an abandoned car), the chipping paint, the dilapidated windows and — biggest of all — the collapsing roof.

The abandoned car and mattresses are all gone now, along with the vast majority of the clutter both inside and outside of the home. But an enormous task remains ahead. And in the middle of a global pandemic, where Florida increasingly stands out as a hot spot for contagion of the novel coronavirus, the task of gathering large groups of people together to coordinate a massive rehabilitation project seems even more daunting.

But Escobar is up for the challenge.

“We know she's been failed by the system, and with everything going on, now is the time that people need the most help,” Escobar said. “And so it's something that I can't, in my heart, go on living and let it not get done.”

The Children and the Family

Escobar first met Ms. Theresa several years ago, while volunteering for Meals on Wheels. They developed a strong friendship — but it’s more than that, Escobar said.

“I fell in love with Ms. Theresa,” Escobar said. “She says this to everybody that comes out here and meets her: We’re all her godchildren. And for the past three years, I've felt that.”

Indeed, Ms. Theresa has a huge “family” of beloved friends and neighbors spanning generations and distance. She calls Escobar her daughter. And the swaths of dogs frolicking throughout the property are all her “children.” Most stay outside now, besides Pinky and her new litter of puppies.

But that wasn’t always the case.

Before Escobar organized the rehab project, Ms. Theresa was living outside, sleeping in a chair, while the dogs lived inside the home. Living off a fixed Social Security income, Ms. Theresa made her mortgage payments and scraped together enough for food for herself and the “children,” leaving nothing left for water or electricity. She went without both for seven years.

That was news to Escobar. Before Ms. Theresa called her to ask for help addressing the city’s complaints, she’d never been inside Ms. Theresa’s home.

“I didn't tell the family how I was living. I basically let them believe I was living inside,” Ms. Theresa said. “But the children were inside, and I was outside.”

Ms. Theresa debated coming clean about her living conditions. She hadn’t wanted the family to worry about her, and she was nervous that Escobar and others would be angry with her for hiding the truth. But the Lord told her she had to call her family, Ms. Theresa said.

Escobar said her first impression of the inside of Ms. Theresa’s home brought her to tears.

“When she told me, we were all a little heartbroken, knowing that she had been living this way,” Escobar said. “So we weren't mad. We were just like, ‘Why didn't you tell us? We would have helped you!’ ”

At the same time, Escobar emphasizes that she and other volunteers have tried hard to be respectful of the fact that for Ms. Theresa, this had just become her way of life.

“It's something that we’ve been really conscious about while doing this project is. It’s her house and it’s her home and it’s her children, her dogs, and this is how she lives,” Escobar said. “We have tried to be really respectful of it.”

Respectful, while also firmly working toward major improvements. The GoFundMe page Escobar started for the cause has raised over $12,000.

The “family” also wants Ms. Theresa to believe that a new way of life is possible for her. Escobar has had Ms. Theresa come to her house to enjoy the comforts of a well-kept home, like a family dinner and a shower.

In a video on the GoFundMe page documenting that home visit, Ms. Theresa profusely thanked Escobar and her husband for the warm welcome, calling them “top notch.”

“Anytime you can put up with me talking you to death, you are top notch,” Ms. Theresa said, laughing.

Initially the city said Ms. Theresa’s home would be condemned if all code violations weren’t addressed by the middle of June. But Escobar, who has acted as a liaison between the city and Ms. Theresa, said the city has granted them more time to complete the project.

They’re currently waiting to see whether they’ll be granted another 30-day extension, or if the case will go straight to the code enforcement board. If it does, they expect to have a hearing sometime next month.

The group’s progress so far has been significant. They’ve hauled off truckloads of clutter, vegetation and debris, including biohazard material inside the house, which American Family Bio-Clean disposed of at cost, as a donation to the project. They were able to help Ms. Theresa get her electricity and water turned back on, although frayed wires and damaged pipes make it unsafe to use the resources at the moment.

Still, a long road remains ahead. Escobar said service efforts at the home have stalled in recent weeks because of Florida’s recent spikes in COVID-19 cases.

Volunteers have stayed busy, making phone calls and reaching out to organizations that may be able to help. One of those is The Central Florida Regional Housing Trust, an initiative from the Central Florida Foundation. Staff members from the Trust came out to Ms. Theresa’s property twice last week: first to assess the damage, and a second time to join a small group of volunteers who helped secure Ms. Theresa’s property from any potential damage from Tropical Storm Isaias. 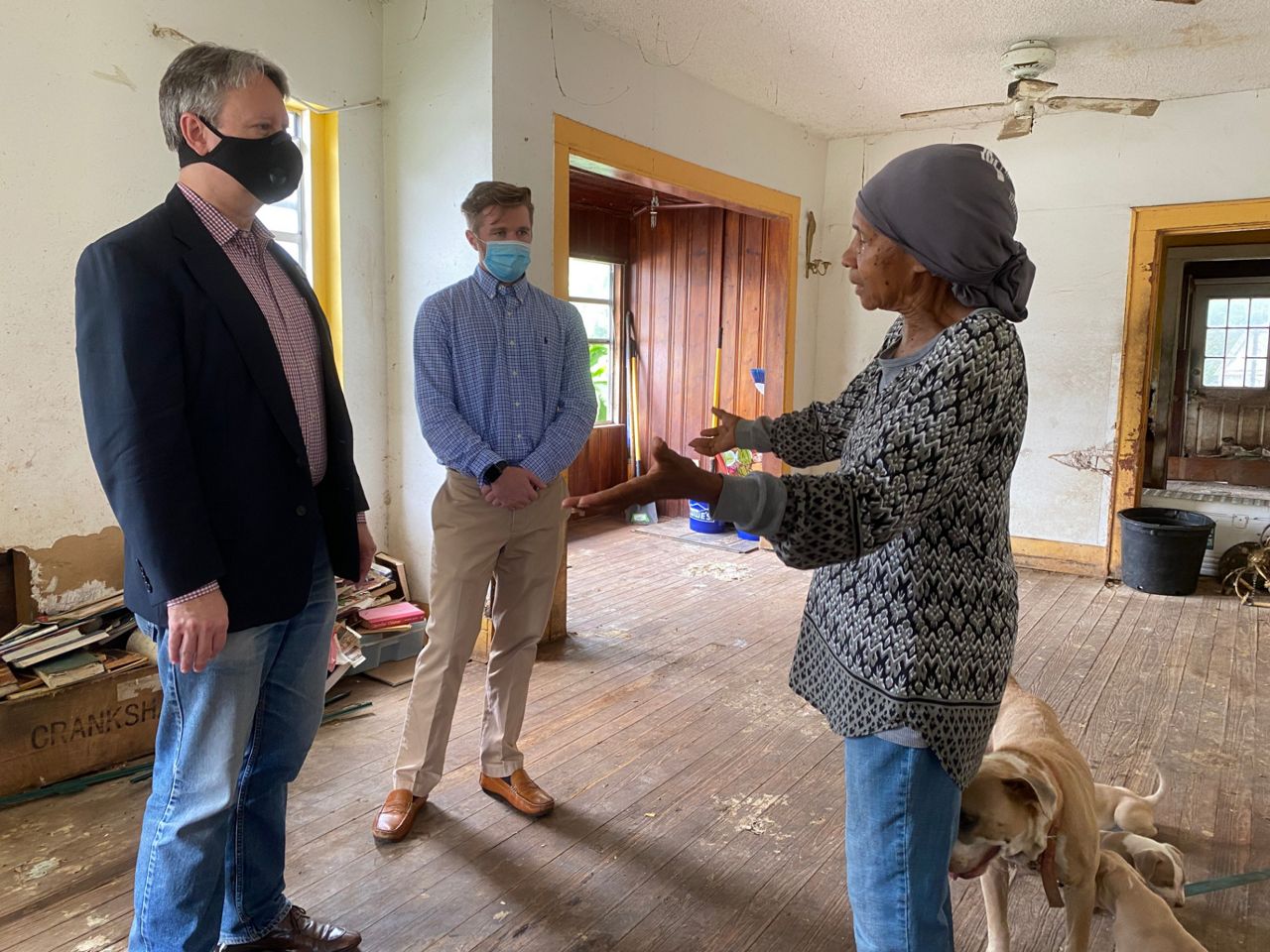 The Trust is focused on creating housing solutions for residents in lower-income brackets living in quickly gentrifying areas like Parramore, where home values in Ms. Theresa’s zip code have skyrocketed 10 percent in the past year, according to Zillow.

Trust Chief Executive Officer Frank Wells doesn’t sugarcoat the situation, characterizing it as “dire.” But he said the Trust is committed to doing whatever it can to help Ms. Theresa.

“It’s really unfortunate that this is far from the only place [that this] happens for a lot of folks in our communities,” Wells said. “As you get older, you have less ability — both financially and physically — to take care of a home, and sometimes those maintenance issues catch up with you.”

Yet Ms. Theresa won’t consider abandoning her home. To own it, and to care for the animals on the property is a source of great pride and fulfillment of her strong faith in God. She’s committed to keeping what she owns.

“They want the land in this area,” she said, alluding to the gentrification of Parramore.

From losing her left eye in a hospital accident as a baby, to battling tuberculosis and polio — with the effects of the latter still vaguely detectable in her gait when she limps slightly — Ms. Theresa’s been through a lot. And she isn’t ready to give up now.

“I knew at a very young age that I was a fighter, not a quitter,” Ms. Theresa said.

Undeniably grateful for the support of her “family” and the Trust for engaging so fully with her cause, Ms. Theresa continues to pray to God to help them address the city’s code violations so she and her “children” can live in peace.