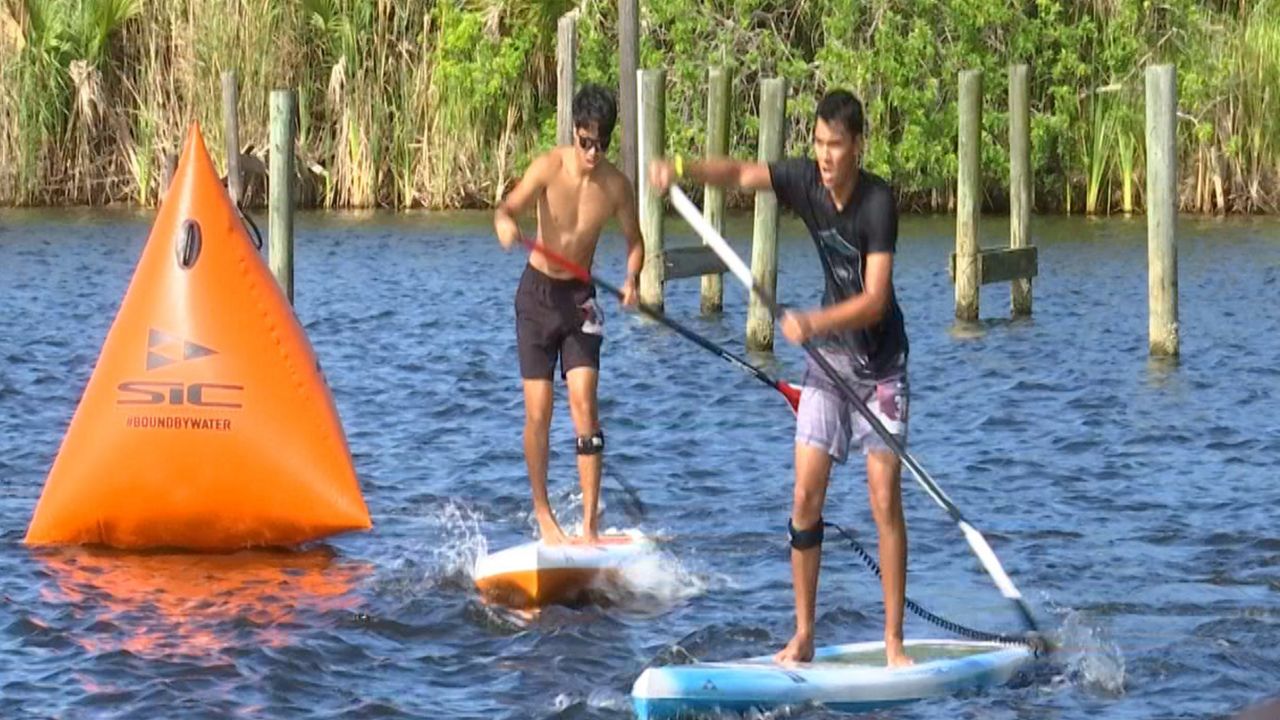 The AAU Junior Olympics kicked off this weekend on the Space Coast and included, for the first time, stand up paddle boarding. (Krystel Knowles/Spectrum News 13)

AAU Junior Olympics Kicks Off on the Space Coast

BREVARD COUNTY, Fla. – This is the first weekend of the AAU Junior Olympics taking place, and while some games will be spread out throughout Florida, most of them will be on the Space Coast.

It's the first time the event has included standup paddle boarding, and organizers hope it becomes an Olympic sport in the near future. According to Space Coast Junior Olympics Operations Director Mitch Varnes, there's about 4,000 athletes registered to compete in the various games that are going on until August 8.

“The economic impact, we do know it will be 10- to 15,000 hotel rooms which is going to fill all the hotels through Melbourne, Palm Bay and Cocoa Beach. Most athletes will stay about three nights,” Varnes said.

Haizel Hall, 11, is among the standup paddle boarding competitors and one of the youngest.

“After the boys and I'm going to destroy everyone I think,” Hall said.

Hosting the games is Paddling Paradise in Palm Bay. Daniel Patala said it took about two months to put the event together. The course is challenging enough, with even the quickest paddle boarders taking a splash.

“They are all racing behind me, the entire course is here," she said. "It’s much shorter but a lot of turns. It’s more exciting to watch people turn around the buoys and most times you don't see that,” Patala said. “It's pretty fun. It's been very busy lately; this is a cool thing to be a part of.”

Patala said they are keeping guests safe by following Centers for Disease Control and Prevention guidelines by checking temperatures, requiring masks except when competing, and enforcing six feet social distancing among spectators.

The last time the Space Coast hosted the games was 26 years ago in 1994. The potential economic impact to the area could be millions of dollars.