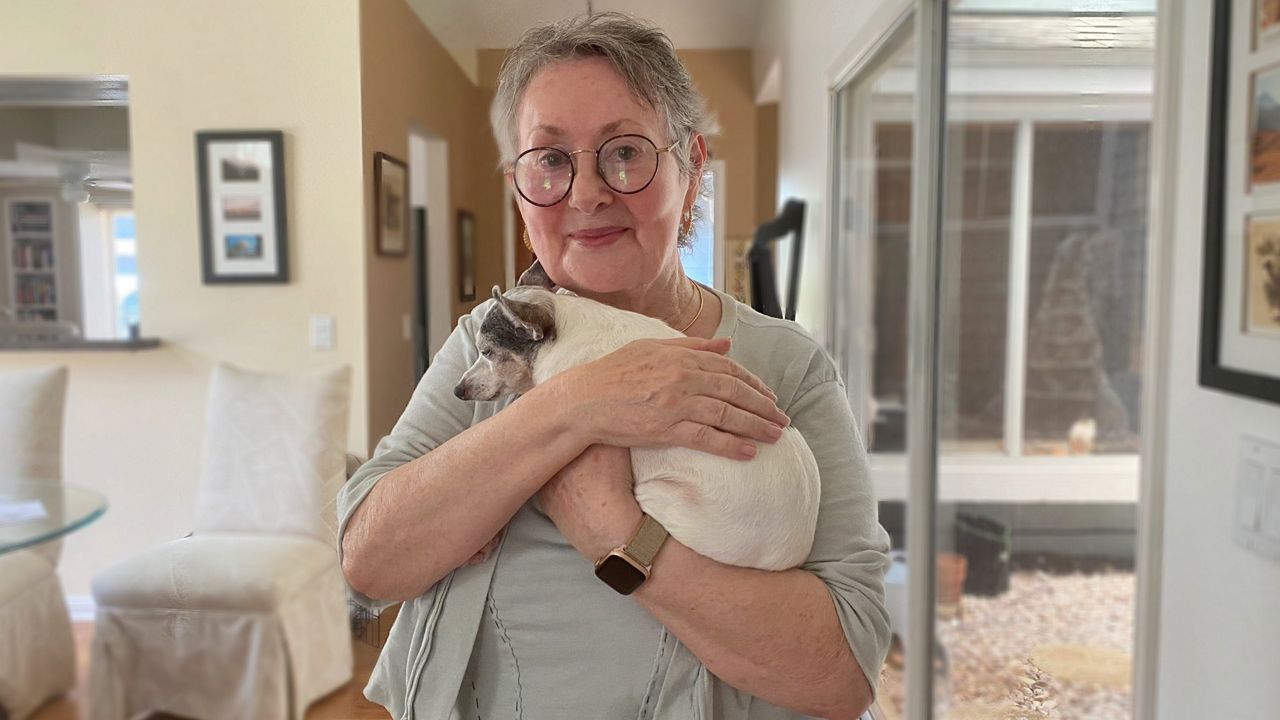 Peggy Carter is a landlord who says she's lost around $15,000 as a result of a subletter not paying rent or utilities. (Peggy Duerig, Spectrum News)

Particularly feeling the impact are small-time, “mom and pop” landlords who get most or all of their income from rent payments.

Peggy Parker, 79, is one of these landlords. After largely positive experiences across her 45 years of renting out several properties, Parker said 2020 has been the “most horrible year” for her as a landlord.

In January, a subletter moved into a property Parker owns in Port Orange. Now, in July, Parker has yet to see a penny of rent.

“This person really turned out to be more of a squatter in that he never paid his rent,” Parker said. “He flat-out refused to turn the utilities over into his name.”

At first, Parker said she was patient and understanding. The subletter said he was doing some work on the place, and Parker agreed that his work could go toward paying part of the rent. But weeks later, she still hadn’t received any money at all.

So Parker tried to file an eviction — right when the coronavirus pandemic hit in March. The eviction moratorium set in, halting the process, even though Parker’s situation with her tenant was unrelated to COVID-19.

“DeSantis has done this moratorium at the expense of landlords,” Parker said. “And a lot of landlords are small landlords like me. They have a few handful of rentals that they use so they can pay their expenses.”

Parker estimated that she’s probably lost around $15,000 as a result of this single property. Missed rent payments, attorney fees and the utility bills her subletter refuses to pay have all taken a toll on Parker.

“What discouraged me the most was that there was no help for me anywhere I turned,” Parker said.

Peggy says she’s had overwhelmingly positive experiences with her many tenants over the years, but this past year has been “the most horrible.” A lot of landlords are small-time, like her, she says. “We don’t have deep bank accounts or deep pockets.”

“Landlords should be able to get help,” Parker said.

In the unprecedented era of COVID-19, stakeholders on all sides are grappling with how to navigate a patchwork of state, local and federal ordinances meant to lessen the economic blow wrought by the pandemic.

Real estate attorney Mark Lippman has worked with both tenants and landlords during the epidemic. He said he believes the concept of force majeure will increasingly come into play, as COVID-affected tenants and landlords alike battle legal situations that arose due to a force outside of their control.

But at the end of the day, someone is still losing money – a lot of it.

“Eventually, something needs to break where somebody needs to make a payment, or the tenant needs to move out so the landlord can sort of recoup costs with a new tenant that can pay,” Lippman said.