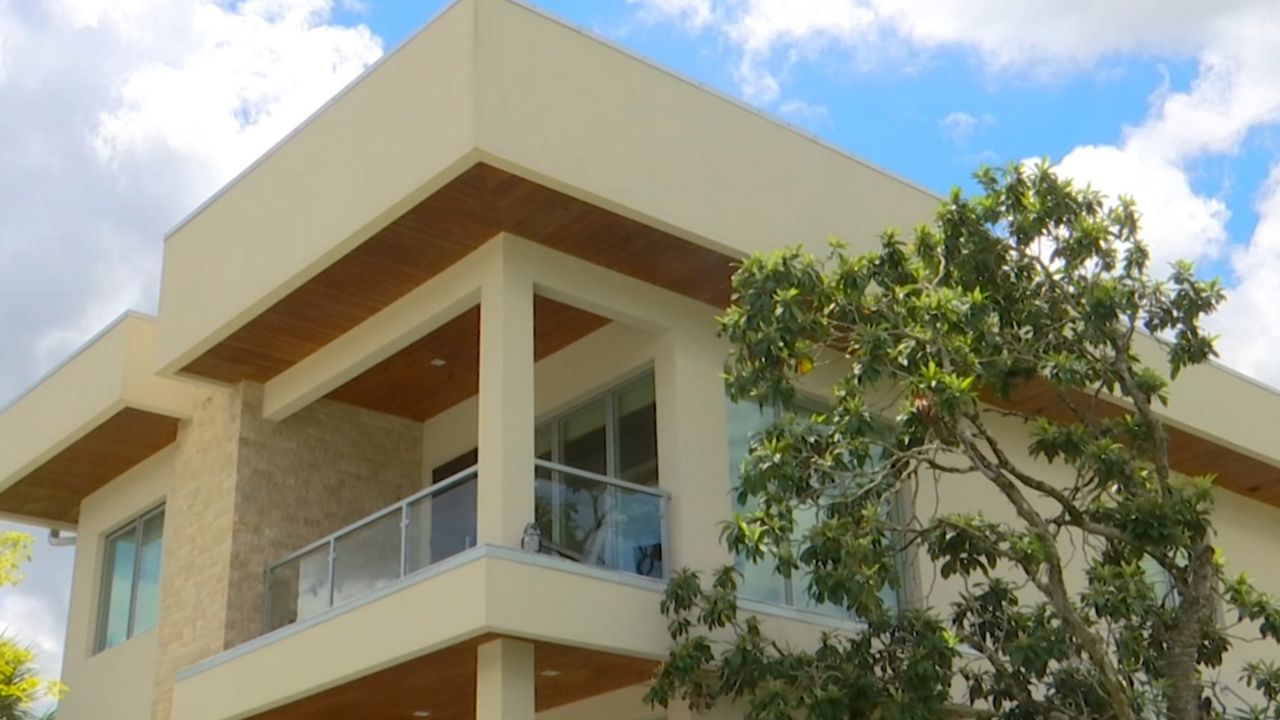 Large, modern homes like this one on Lyman Avenue may be priced at upwards of $600,000 — while smaller, older homes on the same street are also becoming more costly. (Molly Duerig/Spectrum News)

WINTER PARK, Fla. – You might think of Winter Park as an area defined by big homes, classy restaurants and boutique shops. But that’s not the case for everyone who lives there.

Local activist LaWanda Thompson owns a home in Hannibal Square, a Winter Park neighborhood with a rich African-American history. Her home was built by the local Winter Park-Maitland chapter of Habitat For Humanity. If it weren’t for Habitat For humanity, Thompson said, she wouldn’t have been able to afford to be a homeowner here.

Railroad tracks divide Winter Park, and Thompson lives on the West Side, in Hannibal Square.

“The train tracks are where the segregation takes place, and then it breaks off into different corridors — some by race and other areas by economics,” Thompson said.

Black voters actually organized to incorporate the city of Winter Park — including the Hannibal Square neighborhood — back in the late 1880s. Recently, Winter Park has grown more expensive, making it difficult for working-class people to move to the area.

In fact, when area resident Sicily Wright was looking to buy a home about fifteen years ago, she didn’t even think Winter Park was an option for her – until she found the Hannibal Square Community Land Trust.

“I was looking everywhere that I thought would be more within my price range,” Wright said.

She ended up learning about the land trust and becoming a homeowner in her late ‘20s.

“What a community land trust does is acquire land, whether it’s by purchase, by gift, or local government,” said Camille Reynolds Lewis, CEO of the Hannibal Square Community land Trust.

“Then we build homes, or even if it’s apartments that we provide for low to moderate income families,” she said.

Homeowners in the land trust own the home – not the land. If they decide one day to sell their home, they must sell to another low to moderate income family. The profit they may make from the sale is capped at a maximum amount. They won’t be able to sell back their home at the current market rate — because they didn’t initially purchase it at the market rate.

“The whole purpose of a community land trust is to create permanent affordability,” Reynolds Lewis said.

It’s also to foster a diverse community, made up of residents with different backgrounds and incomes.

Kent Kersten is a high school English teacher and a member of the board. The land trust requires that a third of its board members be residents.

“I really enjoy being a teacher, but, you know, it's not a super lucrative job,” Kersten said.

Kersten lives in his land trust home with his wife — also a teacher — and their two sons. Kersten is one of just a handful of land trust residents who are white.

“Our land trust has a truly diverse group of people,” he said.

For Kersten and Wright, owning a home with the land trust creates a path forward – both financially, and as a society.

“What I enjoyed was that there were multiple families who had children the same age as my daughters,” Wright said. “They attended school together [and] they were able to look out for one another like siblings.”

Kersten also loves feeling like part of a community with the land trust.

“You realize that you have a lot more in common than is different,” he said.

The land trust wants to expand its reach beyond Winter Park, with plans to purchase land in areas like Apopka and West Lakes.