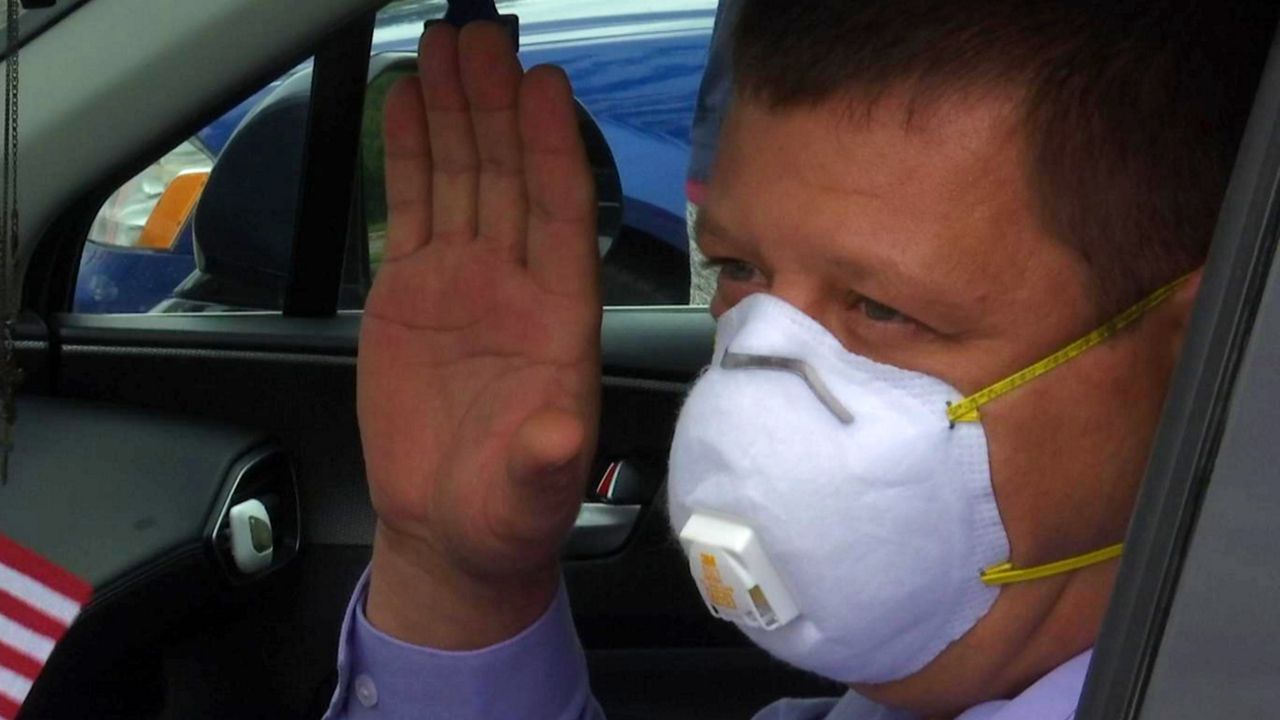 ORLANDO, Fla. — Naturalization ceremonies for new U.S. citizens have resumed after halting mid-March because of the spread of COVID-19, but the coronavirus pandemic may also force immigration officials to make long-term changes moving forward.

Here are 5 Things to Know about the ceremonies — and some possible long-term changes to Immigration Services going forward:

1. In mid-March, U.S. Citizenship and Immigration Services closed its field offices and in-person services, which resulted in tens of thousands of cancellations for naturalization ceremonies.

3. For the next two weeks, the Orlando USCIS office will hold its naturalization ceremonies in smaller groups of 4 to 10. For the outdoor ceremonies, the future citizens take the Oath of Allegiance from their cars after they hand in the proper paperwork. The ceremonies are short to limit contact, and USCIS staff and the future citizens must wear face masks. During these first two weeks, the Orlando USCIS office plans to naturalize about 500 people whose ceremonies were canceled during the pandemic.

4. The agency also faces financial issues caused by the pandemic. USCIS is a fee-funded agency that collects revenue from application and petition receipts, and that revenue is estimated to drop by 61%. USCIS officials expect the agency to exhaust its funds by this summer unless Congress approves its $1.2 billion funding proposal. It will help fund the agency for a two-year period to ensure operations are not interrupted. The funding proposal also requires USCIS to reimburse taxpayers by adding a 10% surcharge to USCIS application fees.

5. If the proposal is not approved, USCIS officials have told the employees union they will need to furlough workers around July 20 to keep the agency afloat. “Due to the COVID-19 pandemic, USCIS has seen a dramatic decrease in revenue and is seeking a one-time emergency request for funding to ensure we can carry out our mission of administering our nation's lawful immigration system, safeguarding its integrity, and protecting the American people. Importantly, this funding proposal protects American taxpayers by not adding to the deficit and requiring USCIS to pay the money back to the U.S. Treasury," a USCIS spokesperson said. "Without congressional intervention, USCIS will need to administratively furlough a portion of our employees on approximately July 20. We continue to work with Congress to provide the necessary funding to avert this unfortunate consequence."