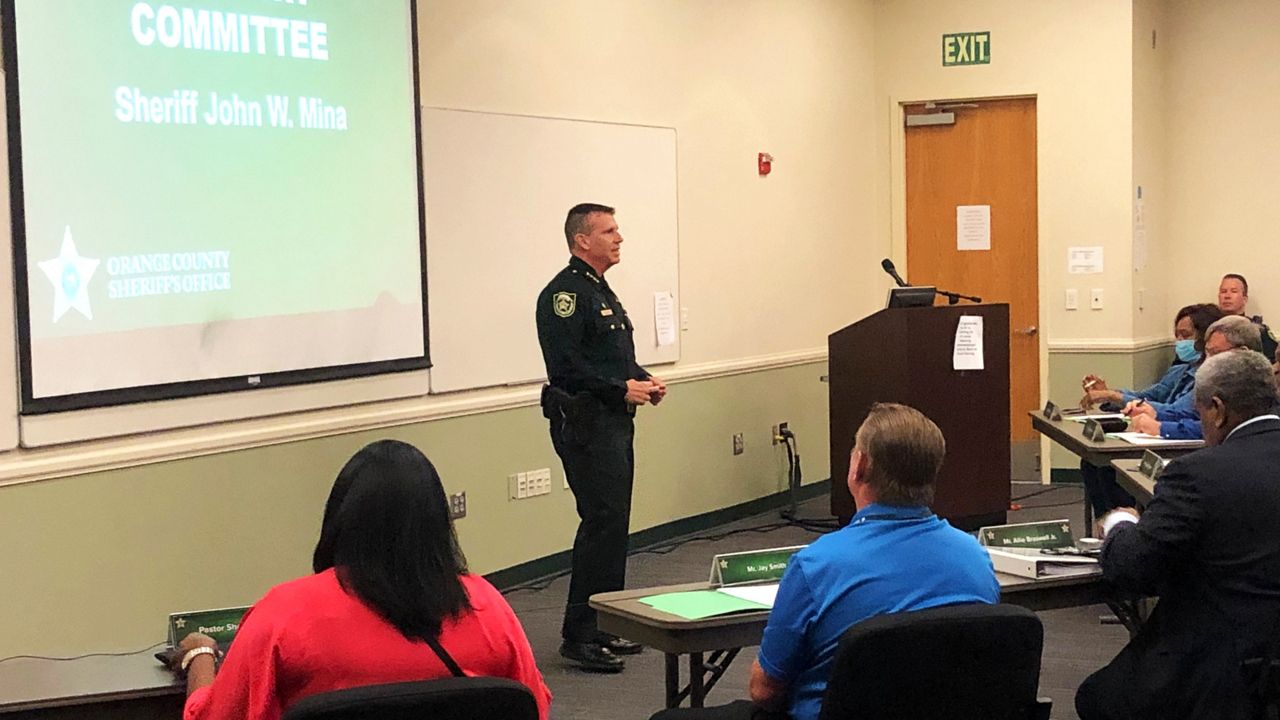 ORLANDO, Fla. — The committee tasked with reviewing the Orange County Sheriff’s Office’s policy plans to recommend more changes to their use of force policy in the near future.

As a black man, Braswell says he identifies with those protesting because of racial injustice by police.

“I still leave my home and have that concern as I go out into the community, my interaction with law enforcement. Will it be a positive one? Will I return from it?” Braswell said.

He says the death of George Floyd highlights the need for their committee.

. @SheriffMina says their use of force policy is under review, changes could be coming. Also says there should be national use of force policy, and database to determine whether an officer was fired from another department before they hire them. @MyNews13 #orlandoprotests pic.twitter.com/pWQLLs6Zuo

Tuesday, Orange County Sheriff John Mina highlighted some of the things they’ve heard from protesters that the sheriff’s office already doesn’t do, like using chokeholds when controlling a subject.

Mina also discussed how they added the peer intervention requirement to their use of force policy.

However, Braswell and other committee members say Orange County’s use of force policy needs even further revisions.

“Those are policies we want to see further defined and incorporated into the use of force policy,” Braswell said.

Protesters in Central Florida have called for greater oversight of law enforcement by committees like this one. But this committee only has the power to make recommendations, and it's up to the Sheriff to implement them.

Orange County Sheriff John Mina says he's already taken recommendations from this committee and implemented them, so he doesn’t see a reason to change that.

“I don’t have any issue with taking recommendations from them and implementing them,” Mina said.

Tuesday’s meeting was open to public comments, but no one from the public showed up.

No one from the public showed up to tonight’s meeting to give comment. Some of you are saying on Twitter that you had no idea it was happening. @OrangeCoSheriff says they gave proper notice on their website, but did not post to social media about it. @MyNews13 #orlandoprotests pic.twitter.com/d0n05eK3Iq

Braswell says he hopes protesters will make their voices heard in these meetings just as much as in the streets.

“You have to be seated at the table in order to have a dialogue and a conversation, and the only way we bring about change is to have dialogue,” Braswell said.

But some on social media said they had no idea the meeting was even taking place. The sheriff’s office says they gave proper notice on their website but did not post on social media about it.

Now the committee is tasked with coming up with recommendations to change or further define the sheriff’s office use of force policy at their next meeting and subsequent meetings.

Their next meeting is on July 11.