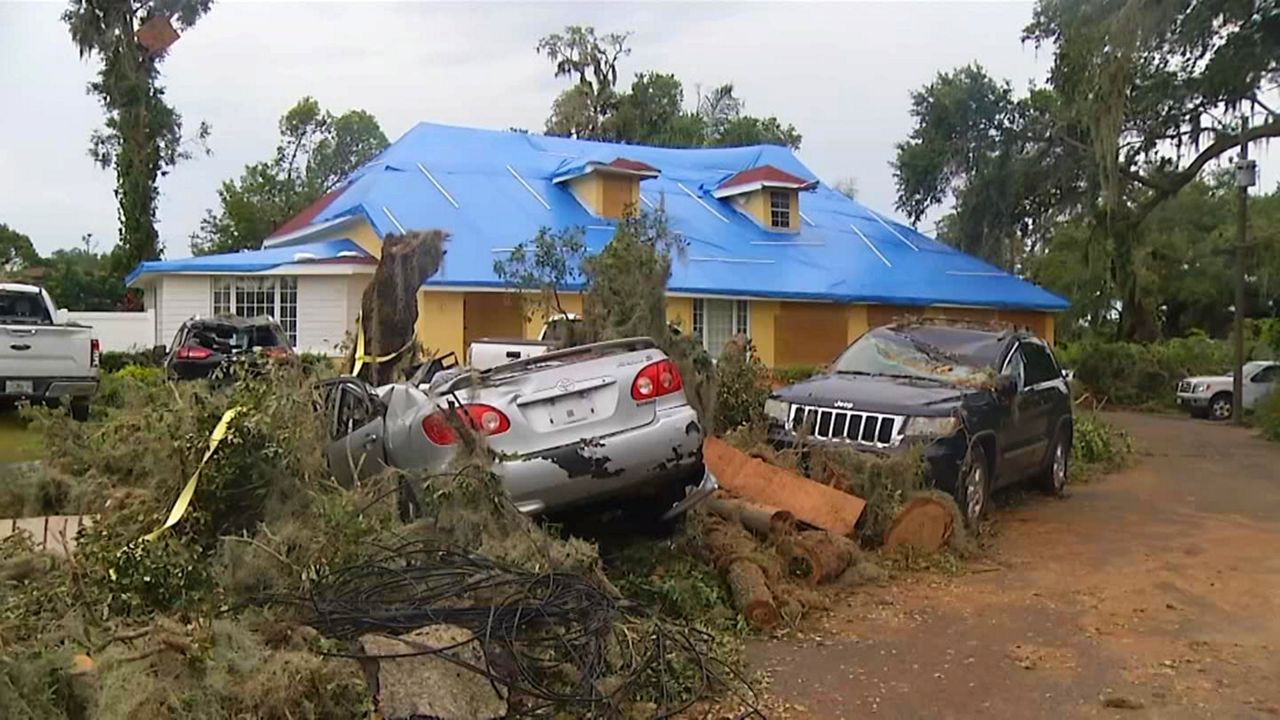 A tornado that tore through southeast Orlando on Saturday night ripped off roofs and tossed cars. (Spectrum News 13)

Clean Up, Recovery Continue in Orlando After Weekend Tornado

ORLANDO, Fla. — Residents in an Orlando neighborhood hit hard by severe weather this past weekend continued their clean-up efforts on Monday. Those who were hit hardest were not picking up the pieces alone.


In a state typically known for its hurricanes, resident Spenser Price says a tornado is tough to process.

He was one of about a dozen people at the party in the area when the tornado showed up uninvited.

"I can honestly say it was hard to be scared. It happened so quickly that you’re kind of in awe of what’s happening, not knowing what’s happening," said Price. “All of a sudden everything just starts dismantling around us.”

His wife Ashley watched Monday as Price tried to pull her crushed car away.

“You know, you look out and you just see your car just totally mangled," she said. "I wasn’t prepared for that, but again, one foot in front of the other.”

The silver lining comes with looking ahead and looking around to see helping hands working hard.

“We know our group of friends has been really great with supporting each other and helping each other out, giving people places to stay and lending cars," Ashley said.

The tornado had peak winds of up to 105 miles per hour and briefly reached EF-1 status at one point.

Surveyors at the location Monday said the damage is consistent with an EF-0, the lowest ranking. But if you talk to the folks here, it was more than strong enough.

“It’s pretty unfortunate," Price added. "I mean we’re lucky it wasn’t our house, but more than anything we’re lucky no one was injured.”​