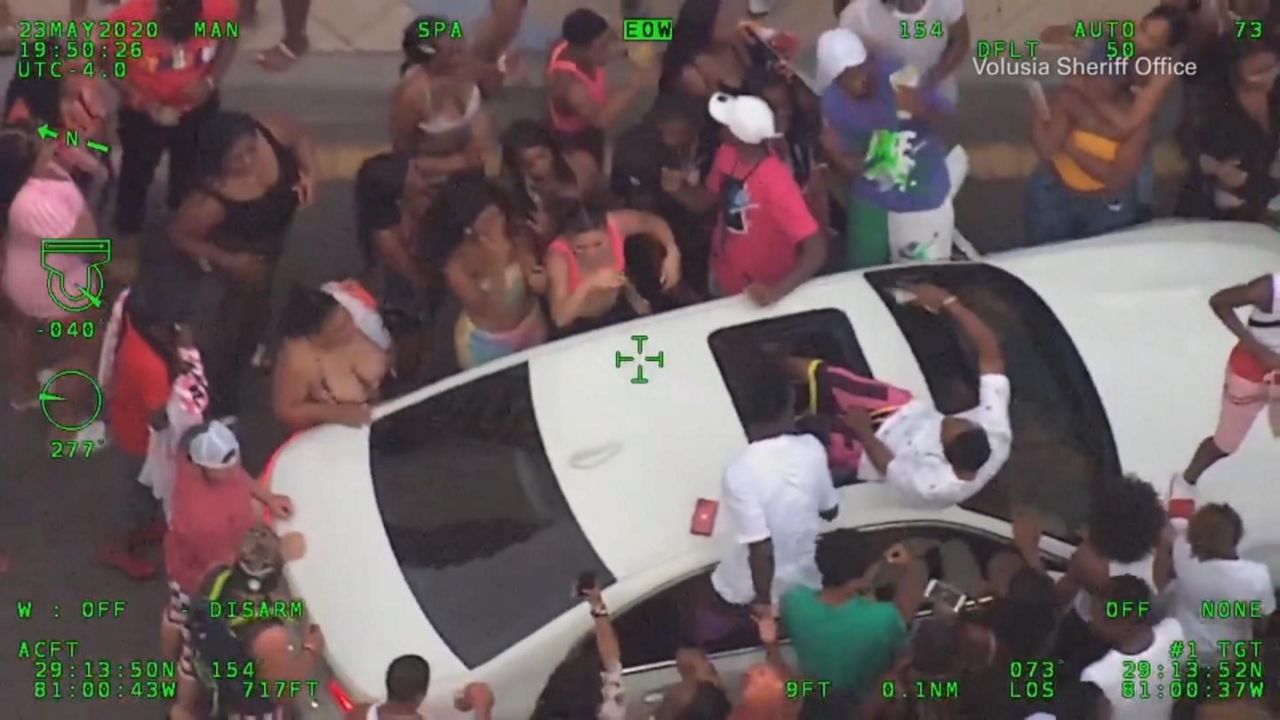 DAYTONA BEACH, Fla. — Massive crowds involving people from around the state converged on Daytona Beach on Saturday as part of what authorities think was a Memorial Day social media event that led to bridge closures and a lockdown.

The event, called "Orlando Invades Daytona," drew thousands to "the world's most famous beach," people spilled into the streets, making their way into the middle of State Road A1A and forcing the closure of the Ocean Walk area and some eastbound bridges.

When asked to disperse, police said crowds were compliant.

You may have seen larger than normal crowds this evening, both on the beach side, and on Dr. Mary McLeod Bethune Blvd. The Police Department deployed resources to assist with traffic control. The crowds were compliant when asked to disperse. No arrests were made.

Jessica Perhealth, who was enjoying a day at the beach, saw the large crowds at night.

"We walked down to the boardwalk to get dinner and there was no social distancing going on whatsoever, and the crowds were insane,” Perhealth said.

There was also a shooting nearby later on that night; two people were struck by a 7-Eleven on South Atlantic Avenue, making for a busy night for authorities.

"I want people to come here and feel safe. (But) I didn't feel safe, and I had citizens that did not feel safe," Volusia County Commissioner Billie Wheeler said.

The Ocean Walk area was temporarily locked down, and law enforcement closed the bridges to eastbound traffic.

"We wanted to get everyone out of the area. We were gaining compliance and were able to push everyone off the peninsula," Daytona Beach Police Chief Craig Capri said. "Most people left, but some pockets (were) going on the west side."

Things started to wind down at about 11:30 p.m., authorities said.

As for the shooting victims, they're expected to be OK. Law enforcement said no arrests have made in the shooting or large group gathering but they say investigation into the shooting continues.