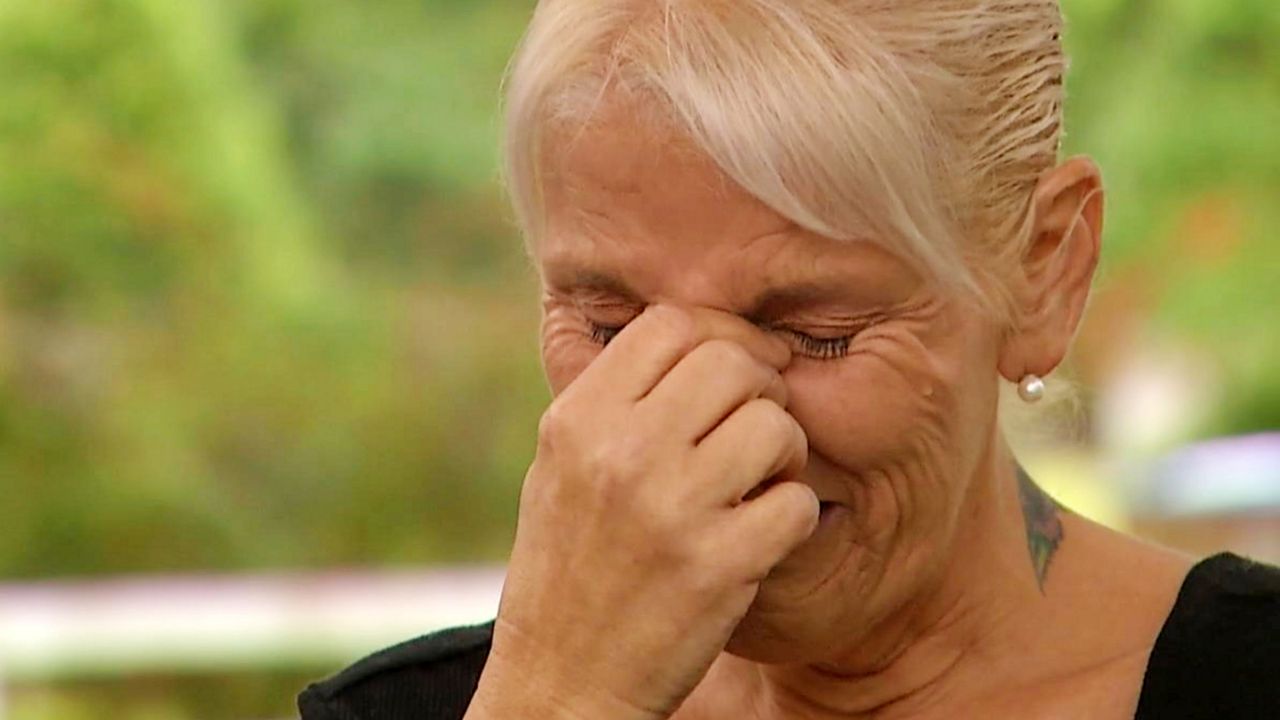 Fredrica Guzman, a Kissimmee waitress, has been out of work and waiting for unemployment assistance since March. Her application in the state's CONNECT benefits system lists her as "active" and "eligible." (Spectrum News)

ORLANDO, Fla. — Gov. Ron DeSantis on Monday disputed allegations that the state is failing to pay valid unemployment benefits claims, some stemming back to March.

Frustrated Floridians who say they are waiting on payments have been calling and emailing Spectrum News, lawmakers, and other state leaders, pleading for assistance.

Fredrica Guzman of Kissimmee, a furloughed waitress and grandmother of seven, has been waiting on unemployment benefits since mid-March.

“I’ve been patient since the beginning of March, but right now, it comes down to me living in the backseat of my car as opposed to just paying my bills,” she said.

A server in Kissimmee helping to care for her 7 grandkids.

Her claim says “eligible” and “active”, but has had no luck from @FLDEO answering what’s holding up her payments. Not a dime seen since mid-March.

Guzman showed her CONNECT account to Spectrum News, which says “active” and “eligible,” but also says, “Your claim has a pending issue awaiting an adjudication determination.”

For the past two months, Guzman said she has not been successful in getting an answer from the Florida Department of Economic Opportunity, which oversees the state unemployment benefits system, on why she hasn't gotten a payment.

“Who’s been waiting?” the governor told a reporter when pressed on the issue Friday in Jacksonville. He touted that the state has paid “99.99%” of qualified applicants.

Spectrum News followed up by compiling a list of several thousand Floridians who say they are still waiting on benefits. That list was sent to the governor’s office and the Department of Economic Opportunity hours before the governor spoke in Orlando on Monday.

“Did you vet any?” DeSantis asked Spectrum News when asked about the list. “Did you vet, though? Did they submit a valid social security number?”

The governor said it's a reporter's responsibility to verify the validity of individuals’ applications and social security numbers.

Today we gave @GovRonDeSantis and @FLDEO a list of 5K names of those who say they're STILL WAITING for unemployment benefits.

His response? It's reporters' job to validate claims and SSN, and again pivots blame to applicants.

When asked whether reporters should have access to applicants' personal information, such as social security numbers, a DEO spokesperson said the agency is continuing to process and pay claims as quickly as it can.

“The Department of Economic Opportunity is prioritizing and paying complete and eligible claims as quickly as possible,” the agency said in a statement. “We are happy to follow-up with as many individuals as we can, but as you know we have very limited resources and want to be sure that the individuals that you and other members of the press have sent have actually applied for Reemployment Assistance in Florida and have a valid claim. Please be sure to include an individual’s name, claimant ID and a valid means of getting back to them, not a social media account.”

DeSantis on Monday further pushed responsibility on applicants. For their part, the frustrated applicants say the governor and state leaders are ignoring the persistent glitches and errors of the system.

“All of these have individual facts; here’s what I can tell you: More than $2 billion has been paid out, and of all of the unique, complete, and eligible applicants, 97% have now been paid,” DeSantis said. “Unique applicant, valid application, eligible, 97% have been paid.”

The governor promised to support that Tuesday with the release of new information.

“What we’re going to do tomorrow is, I’m going to take all of the data, because we’ll have even more good news from what was done yesterday, and we’re going to put that out and show not only who all has been paid but also go over common pitfalls of those who have not been paid,” DeSantis said.

He said there are reasons why the majority of applications deemed "ineligible" are in fact not eligible for benefits.

But people such as Guzman disagree.

Guzman said she fears she is now weeks away from being homeless.

“I’m lost. I don’t know what else to do,” Guzman said. “Being swept under the rug is causing me to be put in the street. I’m almost 60 years old; where am I going to go?”

Guzman says she's become a "nervous wreck" trying to navigate the problems of the unemployment system on a full-time basis.

“My whole way of life has changed. I’m not sleeping, not eating,” she said.

According to data released Monday by Department of Economic Opportunity, 91.4% of “eligible claimants” have been paid.

The department has not responded to multiple requests asking for a breakdown of how many applicants are “current” or “whole” on their payments.

Some applicants tell Spectrum News they have been receiving bits and pieces of payments, as many say they remain far from having the full amount of benefits paid they are owed.

Of the benefits paid out so far, $840 million has been paid from the state's $4 billion unemployment trust fund, while the state has provided another $1.2 billion from federal CARES Act funding.

A swath of problems remain within the state’s unemployment system, including applicants who say they have been deemed ineligible for not actively searching for work -- a requirement that officials say has been waived since March. Other longtime company employees tell us say they, too, are being deemed ineligible for apparently no reason.