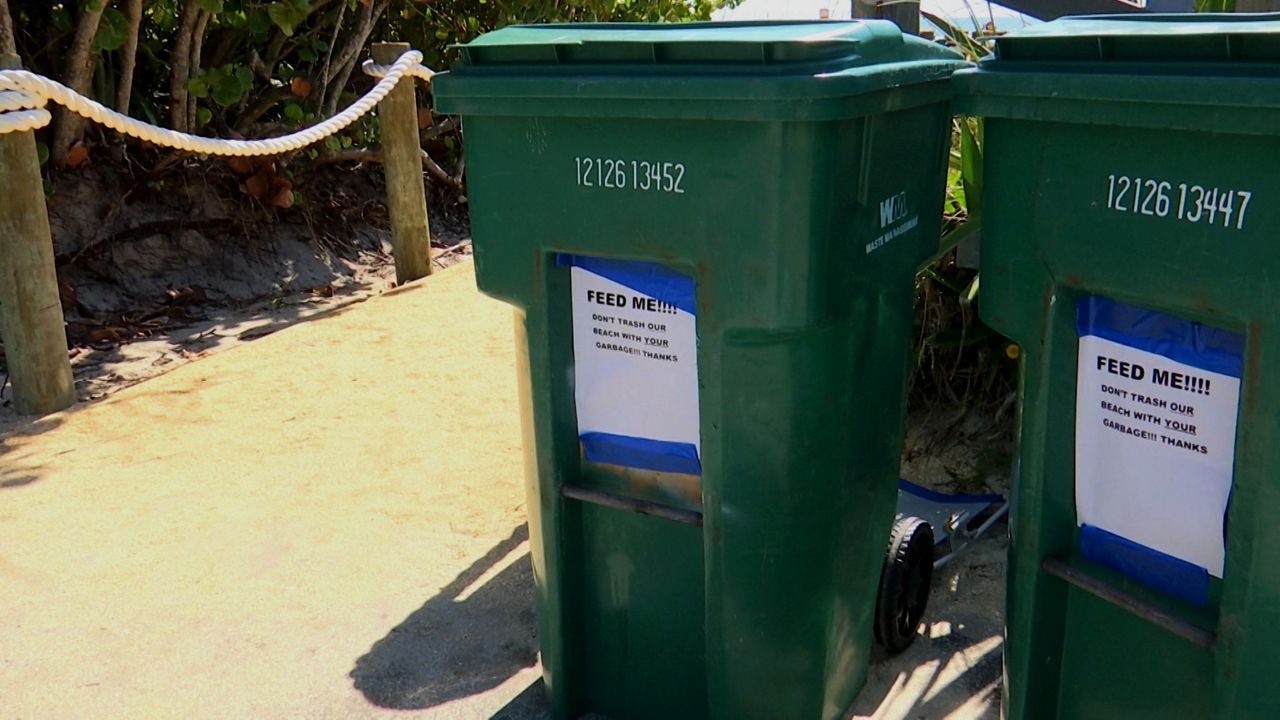 COCOA BEACH, Fla. — As Space Coast beaches reopen, more people are finally enjoying the beach, but some are behaving badly.

Sgt. Manny Hernandez says it will cost you a pretty penny if beachgoers are caught littering.

“City ordinance is a $250 fine, there’s also a Florida statue for that but that's the last thing we want to do,” Hernandez said.

“But it’s also for the wildlife, the birds, and the turtles coming onshore. Just be clean and take care of your life,” Hernandez said.

After being cooped up for weeks, beachgoers Thomas Grahek and Samantha Smith drove from Orlando to enjoy the sand and surf but not the trash.

“Anytime I see something on the ground, I try to pick it up but with the coronavirus, I get very nervous about picking things up,” Smith explained.

But not everyone is picking up what they bring to the beach. If caught littering a cup, shot glass, soda can or anything will cost offenders $250.

“Turn around and pick it up, or ill pick it up myself, because I’m not going to start a fight on the beach,” Grahek added.

All public beach parking is open but alcohol is not allowed, skate parks are also open limiting to ten skaters at a time and playgrounds too.