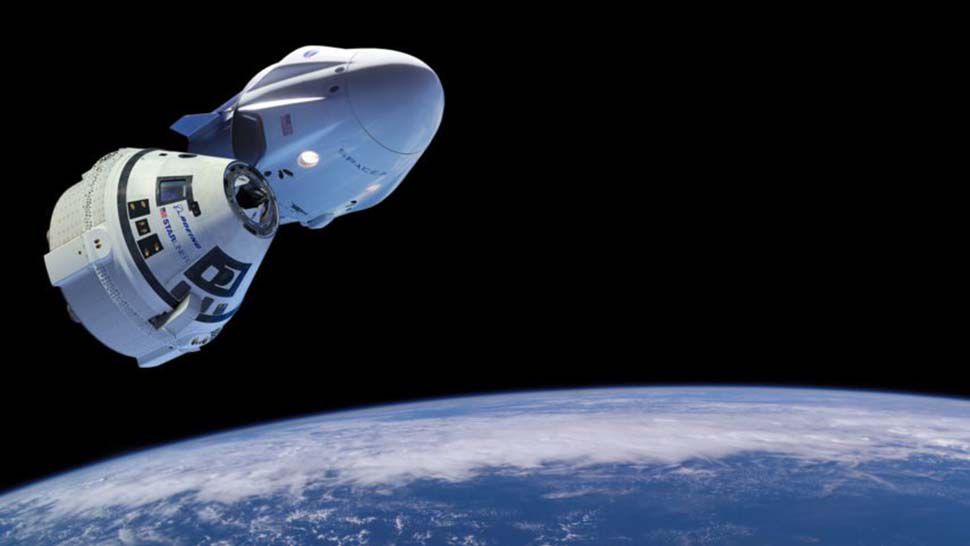 KENNEDY SPACE CENTER, Fla. -- NASA and the Brevard County Sheriff are giving conflicting advice to the tens of thousands of space fans who hoped to witness a highly anticipated rocket launch scheduled for later this month.

The SpaceX Crew Dragon mission will mark the first launch of astronauts from U.S. soil in almost a decade. The problem is, with the state of Florida slowly reopening the economy in the wake of the coronavirus crisis, Sheriff Wayne Ivey and the space agency are not seeing eye to eye on how people should view the launch.

“We are asking people not to travel to KSC, and that makes me sad to even say it,” NASA Administrator Jim Bridenstine said during a news conference Friday.

But Ivey offers starkly different advice than what NASA and SpaceX are telling the public.

“Somebody asked me, 'Are you open for launch business? We absolutely are. Come here just like you have for all the other beautiful launches," Ivey said.

The historic launch is scheduled for Wednesday, May 27 from Kennedy Space Center and will send astronauts Doug Hurley and Bob Behnken to the International Station aboard a Dragon capsule. SpaceX is taking extra precautions with the astronauts, requiring people who get near them to wear mask and gloves and checking their temperatures. The astronauts are also staying away from only the most important training events.

"The space industry is vital to our success here in Brevard County. We want everybody to enjoy that launch, and it's a piece of American history happening right here,” Ivey said.

But Bridenstine is erring on the side of caution, encouraging social distancing and CDC guidelines to prevent the spread of the coronavirus.

“The challenge is keeping everyone safe. Having large crowds at KSC... now is not the time for that,” he said.

Ivey said he clearly has different views on gathering to watch the launch.

“If NASA is telling people not to come, that's on them. I'm telling you what I believe is American. They have their guidelines, and we have ours,” Ivey said, but "practice what I call family social distancing."

SpaceX President Gwynne Shotwell agreed it’s a shame more people won’t be able to enjoy the launch from Florida. But she encouraged people to “be there for the ride with us.”

“We'll be together in spirit more so than in physical space," she said.

Bridenstine was clear on NASA's message: "We are asking people to watch from home."

Information from the Associated Press was used this report.