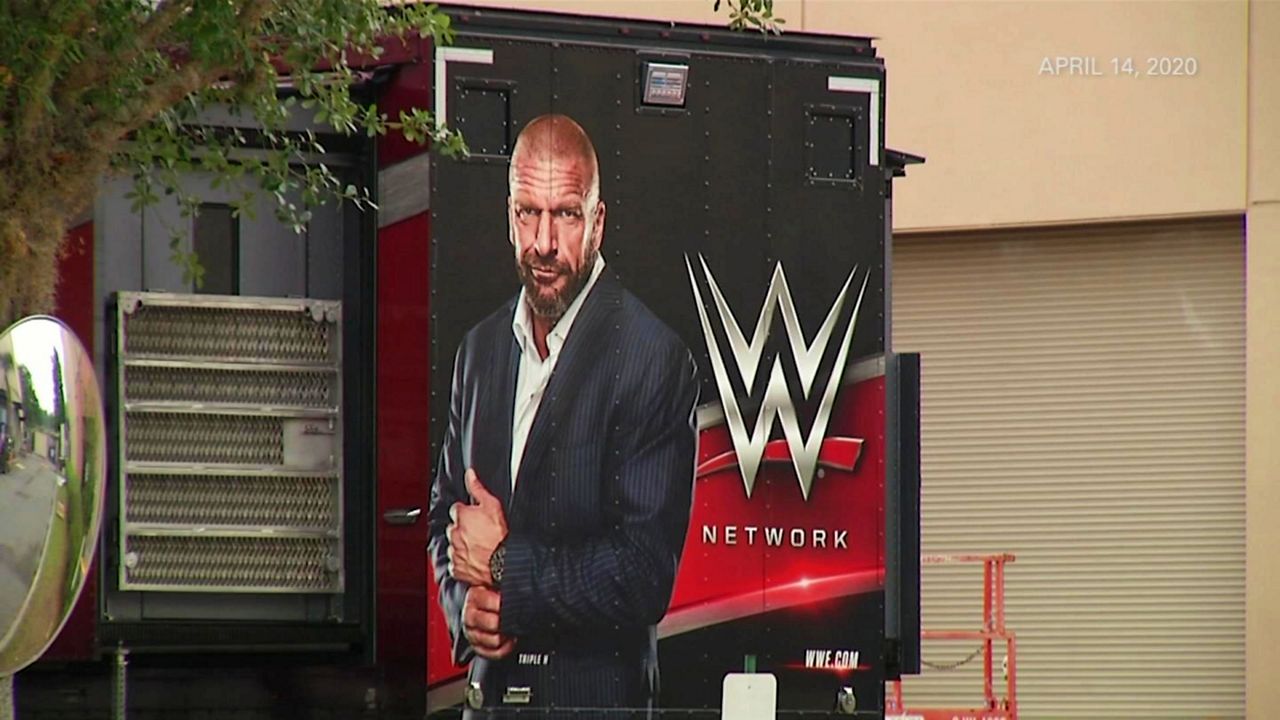 The WWE has been taping shows for television at its WWE Performance Center in Orlando. (Spectrum News file)

The Orange County Sheriff’s Office says this happened in March and early April -- and deputies told the business to shut down.

But just days after those warnings, DeSantis reversed course on part of his order, signing a specifically worded addendum that allows WWE to keep operating without having to strictly adhere to social-distancing protocols.

WWE has been shooting live events from its WWE Performance Center, a training center for up-and-coming wrestlers, during the coronavirus outbreak.

When asked about the addendum, DeSantis’s Office says sports and media production, including entertainers, are "critical to Florida’s economy," deeming them "essential."

.@OrangeCoSheriff telling @MyNews13 deputies responded to @WWE Performance Center in Orlando in March & April. Advised business "they were not in compliance w/Executive Order and advised them they would have to close down." @GovRonDeSantis amended order days later. @JonAlba

This comes after a WWE on-camera employee tested positive for COVID-19 in March. WWE made that announcement this past weekend, saying the employee has since made a full recovery.

But Longwood Mayor Matt Morgan, a retired WWE wrestler, is concerned about the health and safety of talent and staff – especially since many of them fly in and out of the state.

"All those performers could still be asymptomatic and still passing this around to one another, and eventually, they’ll bring that home to their families," Morgan said.

On April 1, DeSantis issued a statewide "stay-at-home" order that did not include any sports among essential personnel. But that changed April 9, when the governor issued his addendum adding several “essential services” to that order, including “employees at a professional sports and media production with a national audience... only if the location is closed to the general public."

In a written statement to Spectrum News, the Governor’s Office called WWE "critical to Florida’s economy" and that "employees at these locations" benefit.

A WWE spokesman stated that "only essential personnel (are) in attendance" and that no audience is allowed.

Our Watchdog investigation found the governor’s addendum came the same day that Linda McMahon, the wife of WWE CEO Vince McMahon, announced that her pro-Trump superPAC was spending $18.5 million in the Tampa and Orlando markets. Linda McMahon is a former head of the Small Business Administration under Trump.

The next day, WWE announced its plans to resume live television shows in Orlando.

DeSantis is an ally of President Donald Trump. Spectrum News 13 asked DeSantis’s office whether politics played a role in allowing WWE to start wrestling again but have not received a response.

Orange County Mayor Jerry Demings, for his part, is deferring to the governor.

Morgan told us he thinks McMahon truly believes returning to live WWE shows is what America needs right now. It's a sentiment echoed by WWE’s spokesman, who called pro wrestling “…a diversion from these hard times.”

WWE will hold another live show at 8 p.m. ET Wednesday and another Friday night. Both will be held at one of WWE's Orlando facilities.

It’s worth noting, other professional sports businesses such as the NBA have chosen to remain closed at this time.