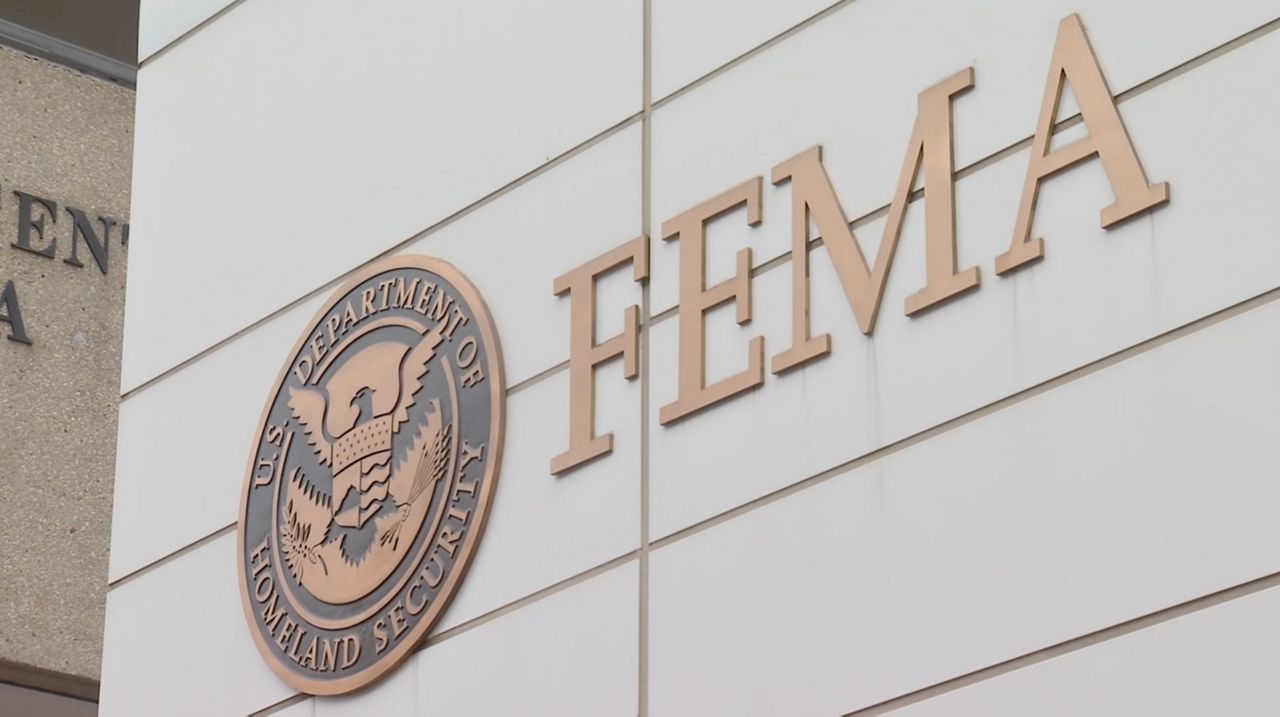 Can FEMA Balance the Coronavirus Outbreak and Hurricane Season?

WASHINGTON, D.C. -- With forecasters warning of an above-average hurricane season, will FEMA be up for the challenge if a major storm hits amid the coronavirus outbreak?

FEMA is currently playing a key role in the federal response to COVID-19.

“In regards to a pandemic, this is obviously the largest response we’ve seen,” said Brock Long, who led FEMA in the early years of the Trump administration.

Long says the outbreak is uncharted territory for the agency, noting that it touches every corner of the country, not just a particular geographic region like typical natural disasters.

However, Long expressed confidence that FEMA will be ready to go for hurricane season, even if the pandemic drags on.

“The resources are there because they’re different,” he said. “COVID-19 right now is different in the fact that FEMA is not having to deploy thousands of people into the field to run incident command or logistics. A lot of work is done virtual.”

Brock Long, former FEMA Admin: "For COVID-19, they're deploying much less in the realm of human capital assets, or staff in the field, and really focusing on the management of supply chain logistics." pic.twitter.com/uNvTMHNGlp

Long, a North Carolina native who oversaw FEMA's response to Hurricanes Harvey and Maria along with other natural disasters, currently serves as the executive chairman of Hagerty Consulting.

To avoid FEMA becoming especially taxed during hurricane season, Craig Fugate, who headed the agency under the Obama administration, says they could reallocate staff, taking them off of longer term recovery projects from past disasters and assigning them to the newest emergency.

“If we focus on … life-sustaining mass care, emergency work to get things back online, that’s doable,” he said. “If we try to keep doing all the other disaster permanent work and then any new permanent work, I think that may take the agency to a breaking point.”

Before hurricane season begins, however, Fugate warns the virus is interfering with some preparations and training for emergency responders. Hurricane conferences have been canceled. Three FEMA-run training facilities are shut down, he said.

“We’re losing valuable training that for many people this is their one shot to go get it,” he said. “Hard to make up, hard to make up these classes.”

Craig Fugate, who led FEMA during the Obama admin, says the emergency community is "losing valuable training" amid the #coronavirus outbreak.

FEMA-run training facilities, he says, are shut down. Hurricane-related conferences have been canceled. pic.twitter.com/3YawtLWy0J

Meanwhile, Long says this is "the most battle-hardened FEMA that’s ever existed,” describing the staff as experienced after managing multiple natural disasters in 2017 and 2018.

“I have great confidence in FEMA,” he said.

At the local level, the pandemic is overlapping with the time of year where first responders and local residents alike typically gear up for storm season and get their supplies in order.

In a statement, a FEMA spokesperson said amid the COVID-19 fight, they are “preparing and maintaining the Agency’s readiness for other disasters to include spring flooding, severe weather, and the upcoming hurricane season … As we plan for additional events that could occur, we are also planning for how it will impact our local, state and tribal partners as their efforts are also fully focused on COVID-19 response.”

"In addition to internal staff, FEMA is monitoring field staffing needs to ready the Department of Homeland Security’s Surge Capacity Force ... who can provide additional just-in-time trained responders, similar to Hurricane Sandy in 2012 as well as Harvey, Irma, and Maria in 2017," the spokesperson continued.