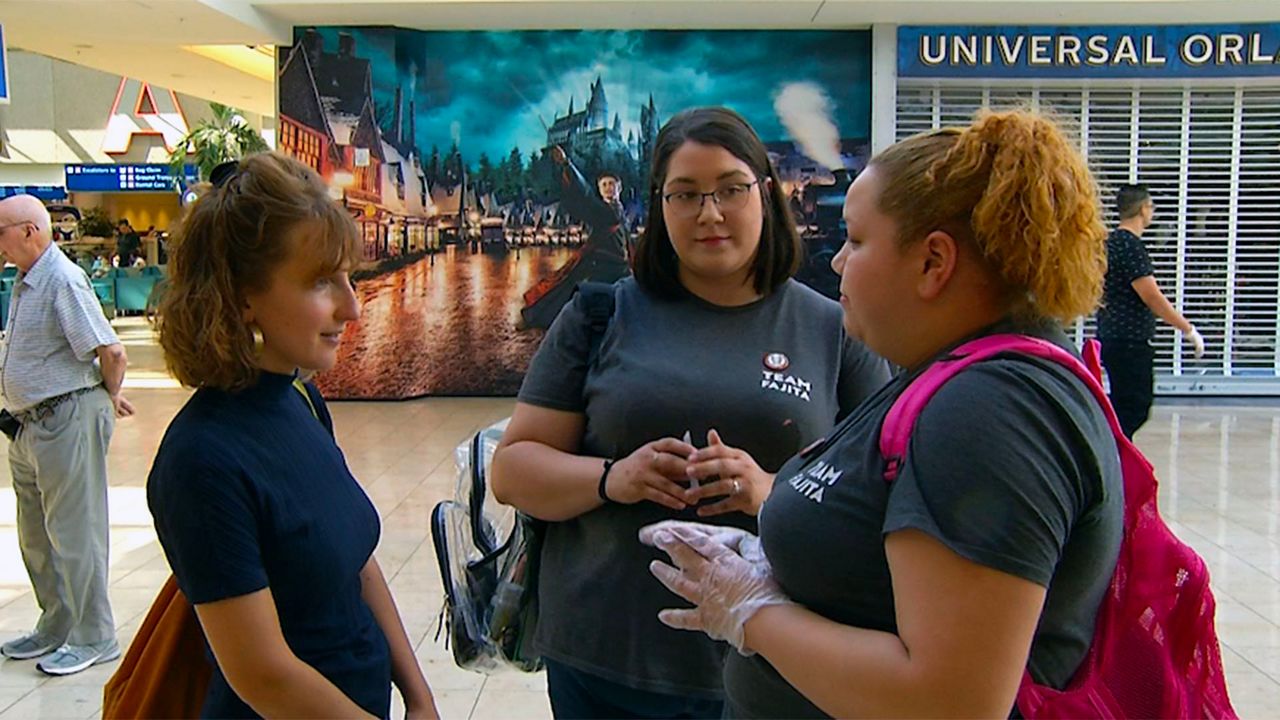 Workers at one of the restaurants in the Orlando International Airport will now be filing for unemployment, thanks to slowdowns in business from the coronavirus. (Spectrum News image)

ORLANDO, Fla. — Workers at one of the restaurants in the Orlando International Airport will now be filing for unemployment, thanks to slowdowns in business from the coronavirus.

Amarelis Medina, who was a server at the airport Chili's, said Thursday and this whole week has been slow.

“I’ve only had two tables today — well one table, and one to-go order,” she said.

Medina and her coworker Isabel Geary worked at the Chili’s in the airport. But when they showed up to work Thursday, they had a different assignment than usual.

“We were disinfecting all the tabletops, moving the booths, scrubbing the floorboards, wiping down all the walls, bleaching everything, moping,” Medina said.

With coronavirus concerns high, they thought it was just to kill any germs. But then their managers closed the restaurant early and pulled them aside one-by-one.

“After we had already cleaned, we were then told we were being laid off,” Medina said.

Even with all the news about the economic impacts from COVID-19, they couldn’t believe it.

“I had a panic attack, and I almost fainted. I was dropping to the floor. I couldn’t breathe, and I have asthma too, so everything was out of control,” Medina said.

They were shocked because not a week earlier, their bosses had assured them nothing like this would happen.

“We had a meeting with our senior manager and he told us no one was getting laid off, that hours would be cut, there would be less of them for sure,” Geary said.

Geary says it’s time the state and federal governments give them much needed assistance.

Most other restaurant employees at the airport food court are still employed. But Geary and Medina say with the rapidly spreading COVID-19, they believe it could only be a matter of time for them.

We reached out to the company who owns this Chili’s and the other restaurants here in the airport, HMS Host, about these layoffs. So far we haven’t heard back from them.

But Geary and Medina say the only reason they were given for the layoffs is the drop off in business from the coronavirus.