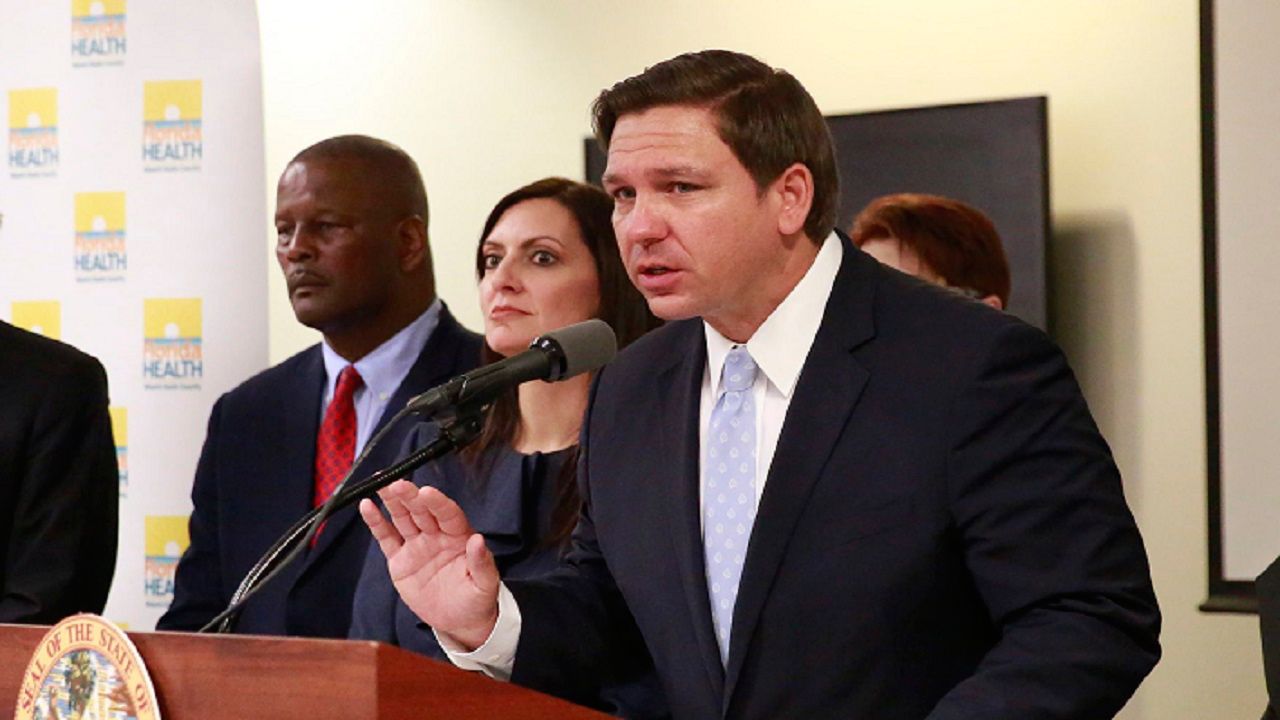 TALLAHASSEE, Fla. — Two people who tested positive for the coronavirus have died in Florida, marking the first deaths on the East Coast attributed to the outbreak in the U.S., health officials said Friday.

The Florida Department of Health said the two people who died were in their 70s and had traveled overseas. The announcement raises the U.S. death toll from the novel coronavirus strain to 17, including 13 in the state of Washington and one in California.

One of the Florida deaths was that of a man with underlying health issues in Santa Rosa County in Florida’s Panhandle, according to the statement. The health department added that the second death was that of an elderly person in Lee County, in the Fort Myers area.

I have directed @FLSERT to activate to Level II to ensure Florida has all the necessary resources engaged as we respond to #COVID19. It is critical that we proactively coordinate all state resources to mitigate and contain #COVID19.

The statement did not give immediate indications of where the two had traveled or whether officials were seeking to determine who they came in contact with.

Helen Aguirre Ferre, a spokeswoman for Florida Gov. Ron DeSantis, confirmed the deaths and other new cases in South Florida.

The Florida Department of Health also announced two new positive tests in Broward County. They are both men, ages 65 and 75.

The state now has seven positive cases of coronavirus -- three in the Tampa Bay area. A presumptive positive case in Manatee County was reported Saturday night. The person has been isolated, officials say.

Both are being isolated, public health officials said. They also both reportedly have traveled outside the U.S. recently.

Health officials also instructed people who traveled on a Nile River cruise in Egypt in 2020 to isolate themselves for 14 days after returning to the U.S. after some passengers developed symptoms upon their return.

This year’s HIMSS Global Health Conference, set for March 9-13 in Orlando - a massive event with President Trump planning to attend - will be cancelled for the first time in 58 years.

HIMSS CEO Hal Wolf said it would be an unacceptable risk to bring so many thousands together.

The McDonald’s Worldwide 2020 convention calling off its April event for worldwide franchises, too.

And, this year’s Grainger show cancelling, too, organizers saying “Even though the health risk in North America from the Coronavirus remains low, the situation is getting more complex each day.”

As for concerns about sick time amongst employees as the virus continues to spread statewide, Governor DeSantis stressing yesterday that it makes financial sense to encourage potentially sick employees to stay home.

"Somebody that’s been in contact, traveled, developed some of the symptoms and they’re told to self-isolate, you’re going to lose less by having them go through that and then coming back healthy, than if they come to work sick and then infect other people in your workforce," DeSantis said. "And I think most employers have understood that. So even as a health matter you want to do that but even as an economic matter, I think it makes more sense to do that."

Governor De Santis says testing capacity in Florida has been able to meet the demand here in the state, with just a few outstanding tests awaiting results.

The AFL-CIO presidential forum that was set to be attended by Democratic presidential candidates Sen. Bernie Sanders and former-Vice President Joe Biden has been canceled, according to a spokesperson for Biden's campaign.

Concerns over the COVID-19 outbreak were cited.

The forum was set to happen Thursday.