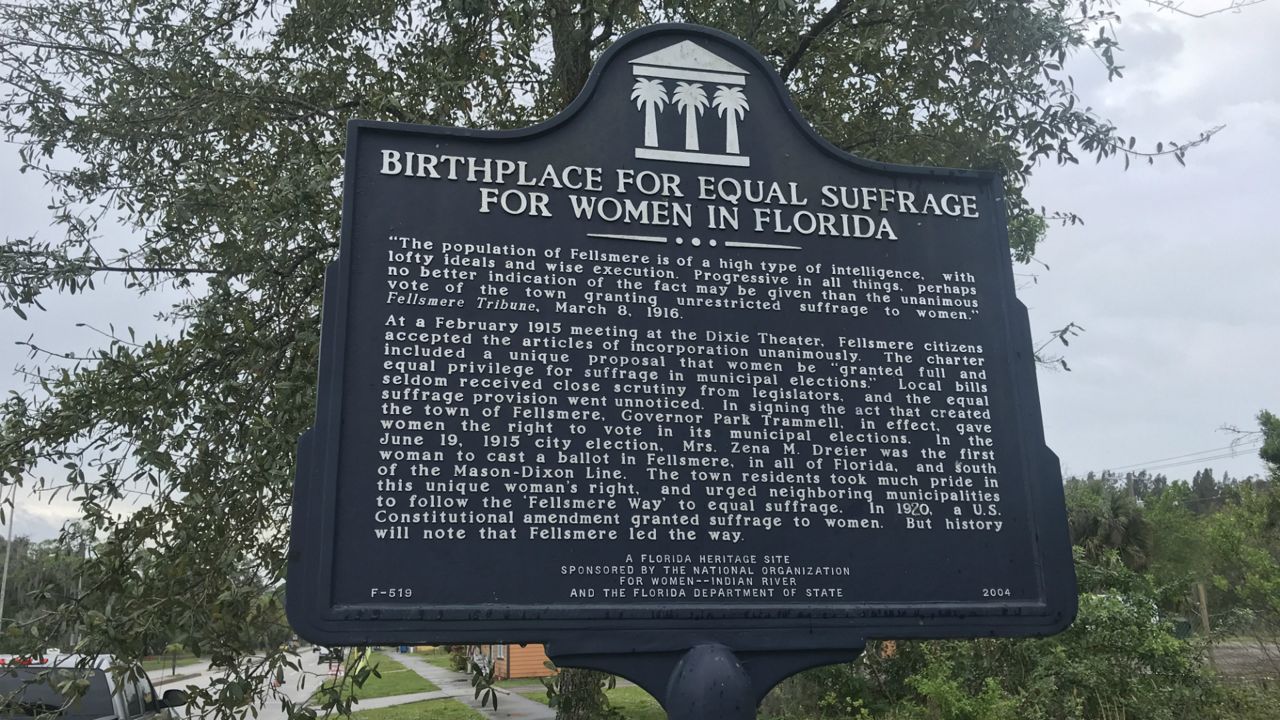 A state historical marker in Fellsmere commemorates the 1st time in the South that a woman got to vote, taking place in June 1915. (Greg Pallone/Spectrum News)

FELLSMERE, Fla. — On a rainy day on Broadway Street in this small town stands an important historical marker.

It's a designation that Indian River County Commissioner and longtime Mayor Susan Adams is very proud of.

"It's one of my favorite stories about Fellsmere," Adams says.

In February 1915, citizens met to incorporate the city of 500 and establish a charter. Included in the formal request to the state of Florida was a proposal that women be "granted full and equal privilege for suffrage in municipal elections."

"There was a lot going on in state government at the time. It was the end of session, and no one really read the whole bill," Adams says.

So when the city got approval to incorporate, it marked the first time women could vote in Florida.

"We were the first place women could vote south of the Mason-Dixon line," Adams boasts.

Months later, in the June 19 city election, Mrs. Zena Dreier became the first woman to cast a ballot in the South. This happened five years before the U.S. Congress ratified the 19th Amendment, which allowed all women the right to vote.

Adams says to accomplish something like that a century ago was remarkable.

"In a time when women just weren't allowed to do those things," she says, "it proved they matter."

Their inspiration led Adams to a career in government.

"I do gather a lot of strength, and commitment to what I do, from the history that we have here," Adams says.

An article details the story of how women was granted the right to vote in Fellsmere and across the U.S. (Greg Pallone/Spectrum News)