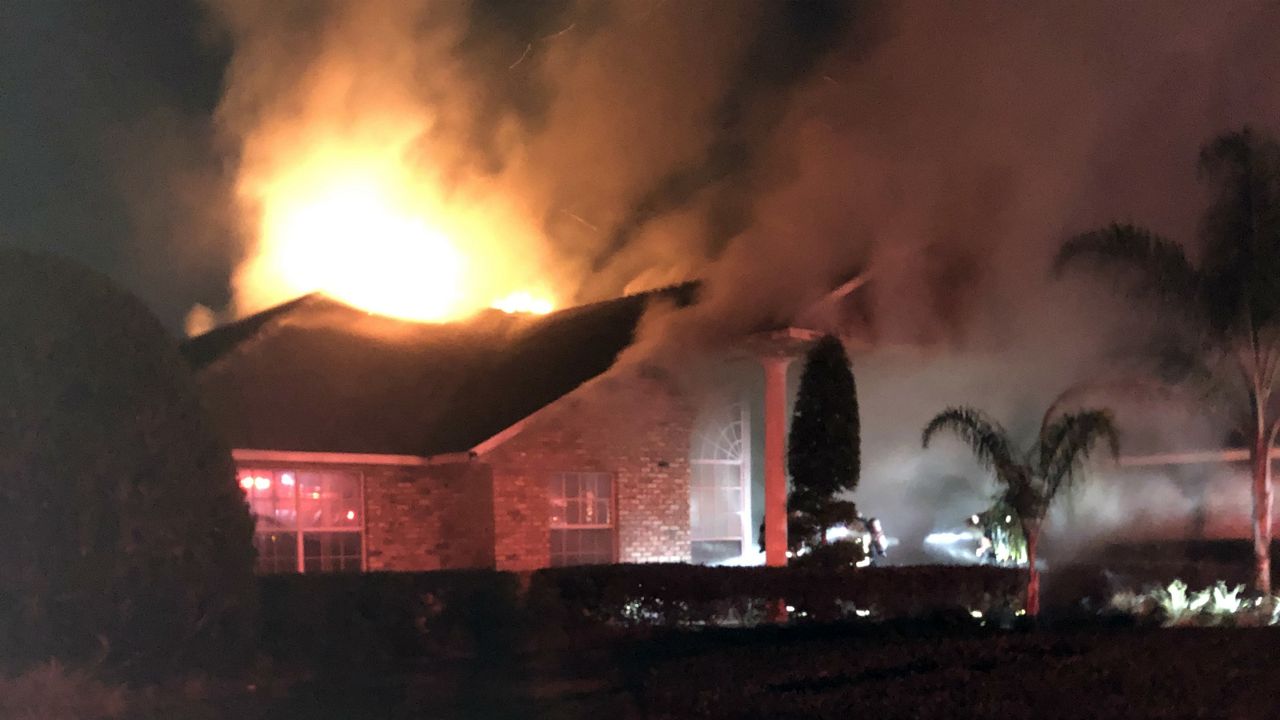 Flames shoot from the roof of Johnny Magic's Orlando home Friday night. The popular radio DJ lost most of his belongings. He and his son made it out OK. (Courtesy of Mark NeJame)

Magic's longtime friend and attorney, Mark NeJame, is devastated to see the French Oak Drive home in ruins. He got a call that night from Magic.

"He had lit a fire the night before with him and his son. He's a single father. At some point, he started hearing some crackling. He then looked up and starting seeing some sparks, some fire," NeJame said.

Magic, along with his son and two dogs, made it out of the home OK. Firefighters arrived quickly, but it was too late to save most of his belongings, which were lost in the blaze.

"One of the things that was left hanging was a recognition by the House of Representatives where he's in the Congressional record for his charity work," NeJame said.

"After 30 years of giving to this community, it's our turn to give back to him in this time of need," NeJame said.

If you'd like to help, there's a GoFundMe page set up for Magic and his family.

GoFundMe.com sites are not managed by Spectrum News. For more information on how the site works and the rules, visit http://www.gofundme.com/safety.