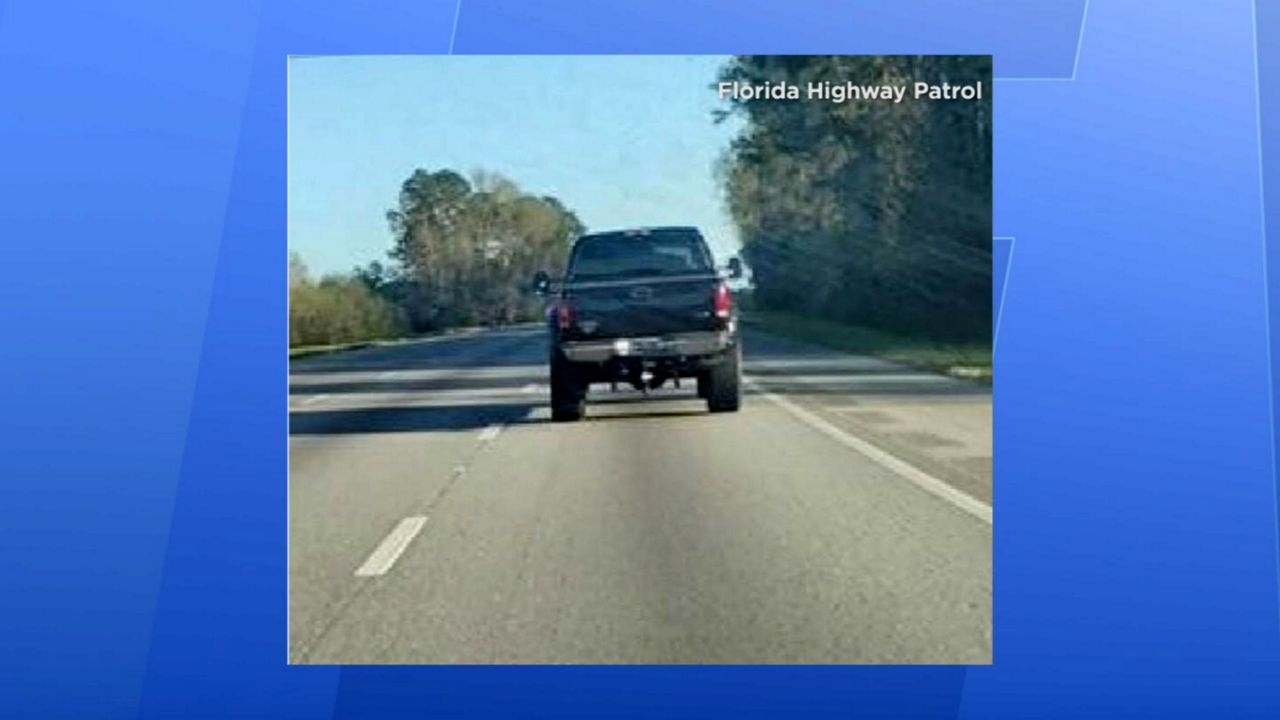 Troopers said a woman was seen by witnesses hanging onto the door of this truck for several hundred feet before being run over by a back tire. Her boyfriend has been charged in her death. (Florida Highway Patrol)

Man Charged in Death of Woman Who Fell Out of Truck, Run Over on I-75

ALACHUA COUNTY, Fla. — An Ocala woman was killed Saturday after falling out of a moving truck and then getting run over on Interstate 75.

The incident happened at about 5 p.m. on the southbound side of I-75 at the exit to U.S. 441, near Alachua, northwest of Gainesville.

Witnesses told Florida Highway Patrol investigators they saw a black Ford pickup swerving onto the grass shoulder with a woman hanging out of the passenger door.

The woman was dragged several hundred feet and before falling off and being run over by the right rear tire.

Eileen Bocca, 48, was taken to UF Health Shands Hospital, where she was pronounced dead.

With help from the Sheriff's Offices of Alachua, Marion, and Columbia counties, troopers found the truck about nine hours later in Columbia County.

Bocca's boyfriend, Ryan Le Boss, 44, of Lake City, was arrested at his residence and faces charges of leaving the scene involving a death. Other charges are likely, troopers said.