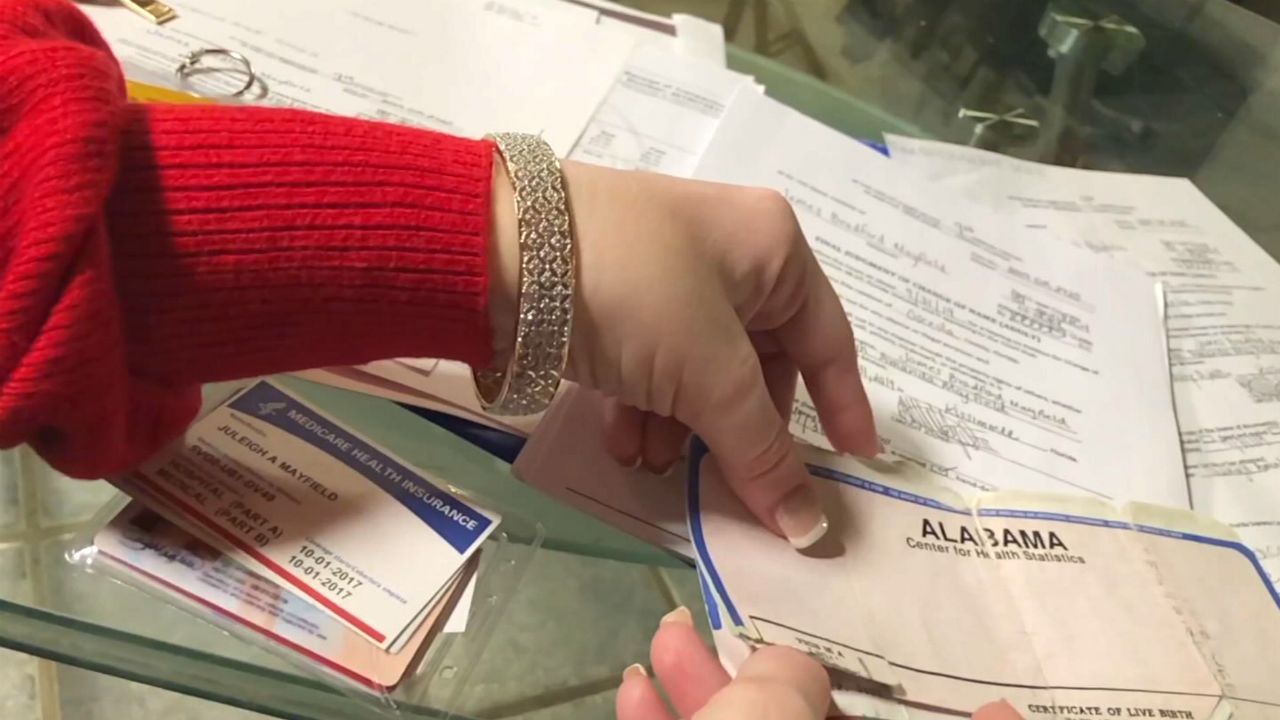 Juleigh Mayfield was born in Alabama, where laws are very specific on how a person changes their sex. (Spectrum News 13)

OSCEOLA COUNTY, Fla. — A birth certificate proves your legal identity, and now a Central Florida woman is heading to court to try to change hers.

Juleigh Mayfield lives in Central Florida but was born in Alabama, a state that has very specific rules for changing your birth certificate.

She was born with an extra chromosome, making her “intersex.” If someone is born intersex, they don’t fit the typical definition of “male” or “female” — they could have variations in both internal and external anatomy.

According to the group InterACT: Advocates for Intersex Youth, having an intersex variation is about as common as having red hair.

Juleigh was actually born James, but having the extra chromosome caused serious medical complications over the years. The medical treatment option given to her was life-altering: A doctor recommended estrogen replacement therapy with the possibility of transitioning.

That is how James became Juleigh.

But without a birth certificate that matches her gender, travel outside the United States, loan approvals, and employment opportunities are either impossible or challenging.

“I have to have that documentation just to be able to operate under the guise of so many things that regular citizens take for granted,” Mayfield said.

Alabama law requires an individual to provide medical documentation proving gender change through surgery. But because Mayfield was born intersex, she didn’t require surgery, only estrogen.

“I was really alarmed to see there wasn’t any kind of resources available for gender change when you’re presented with this unique circumstance. There’s got to be thousands of other individuals that are kind of lost in the system,” Pons said.

Along with her students, Pons has crafted a petition requesting a Florida judge to grant an order for a gender change on all legal documents, including Mayfield's birth certificate.

“They can then take that to the state where they were born and be able to have their birth certificate changed to reflect their new gender,” Pons said.

For Mayfield, this fight is more than just about a piece of paper. It’s about paving a path for others.

On Wednesday in an Osceola County courtroom, a circuit judge said he would take Mayfield's matter under advisement.

"This isn’t just about me getting my birth certificate, it’s about me sharing my story that in the end will hopefully foster better treatment and care of everybody in my situation," Mayfield said.

If the judge grants the order, it will be the first such case in the Ninth Judicial Circuit Court system.