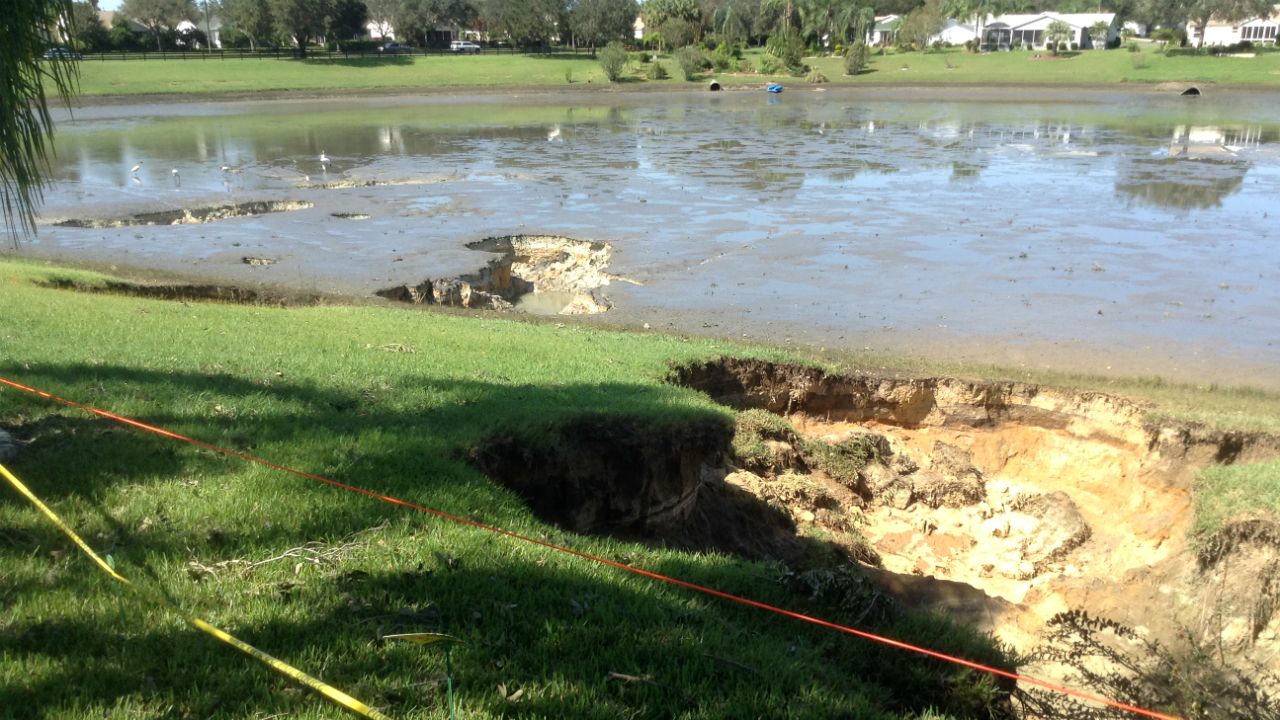 A new sinkhole has opened in The Villages at a pond that incurred damage from Hurricane Irma in 2017. (Courtesy of Barbara Beveridge)

Fresh Sinkhole Opens at Pond in The Villages

THE VILLAGES, Fla. — A new sinkhole has formed in an area of the nation's largest retirement community that has already been plagued by sinkholes.

Residents who live along a large retention pond in the village of Alhambra saw massive sinkholes form during Hurricane Irma. On Tuesday, water levels continued to drop as engineers tried to figure out how to solve the problem.

Here are a few things to know about the sinkhole and the area around it:

1. The retention pond is called Lago de Leon, and it's located in the older northern section of The Villages.

2. Hurricane Irma caused major damage to the pond in 2017.

4. The Villages' public works currently flushes water into the pond to help replenish it.

5. An engineer has been hired to correct the problem. There's no word on when the work will be completed or how much it will cost.

Watch our segment for the full story.