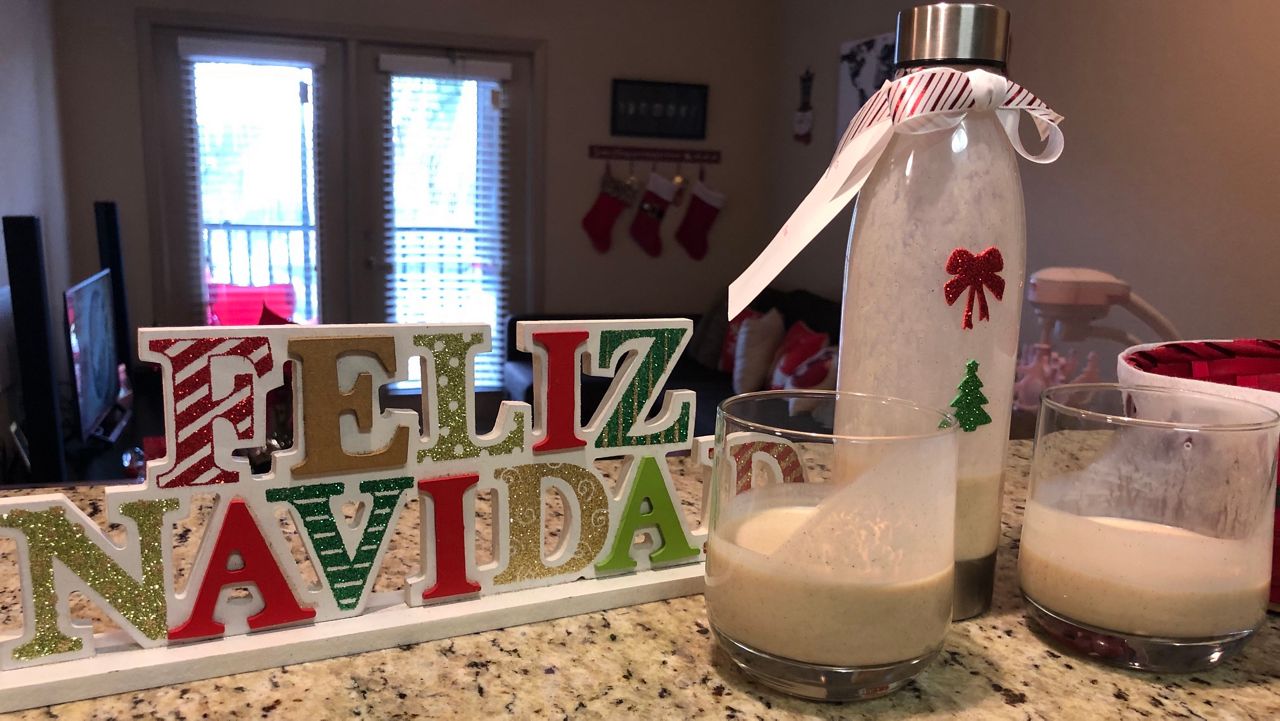 Coquito: A Puerto Rican Holiday Tradition in a Bottle

Coquito is a coconut based drink that's often referred to as the Puerto Rican eggnog. Coquito means little coconut.

There are many variations of the recipe but the common ingredients are condensed milk, coconut cream and rum.

The legend goes coquito was created in the 1950s after condensed milk was introduced in Puerto Rico. Because the combination of coconut water and rum was already a popular mixture, adding condensed milk was the obvious next step. No one knows who made the first coquito but its popularity took off in the 70s.

In Puerto Rico, it's enjoyed after Thanksgiving day to January 14 of the following year, eight days after Three Kings Day.

Melanie Morales, a Puerto Rican who lives in Central Florida, said the drink is more than a savory coconut drink it's a holiday tradition in a bottle. Morales sells the drink during the holidays.

Or you could make it yourself using the recipe below:

Blend everything, put it into empty glass bottles and then let it refregerate for 24 hours.