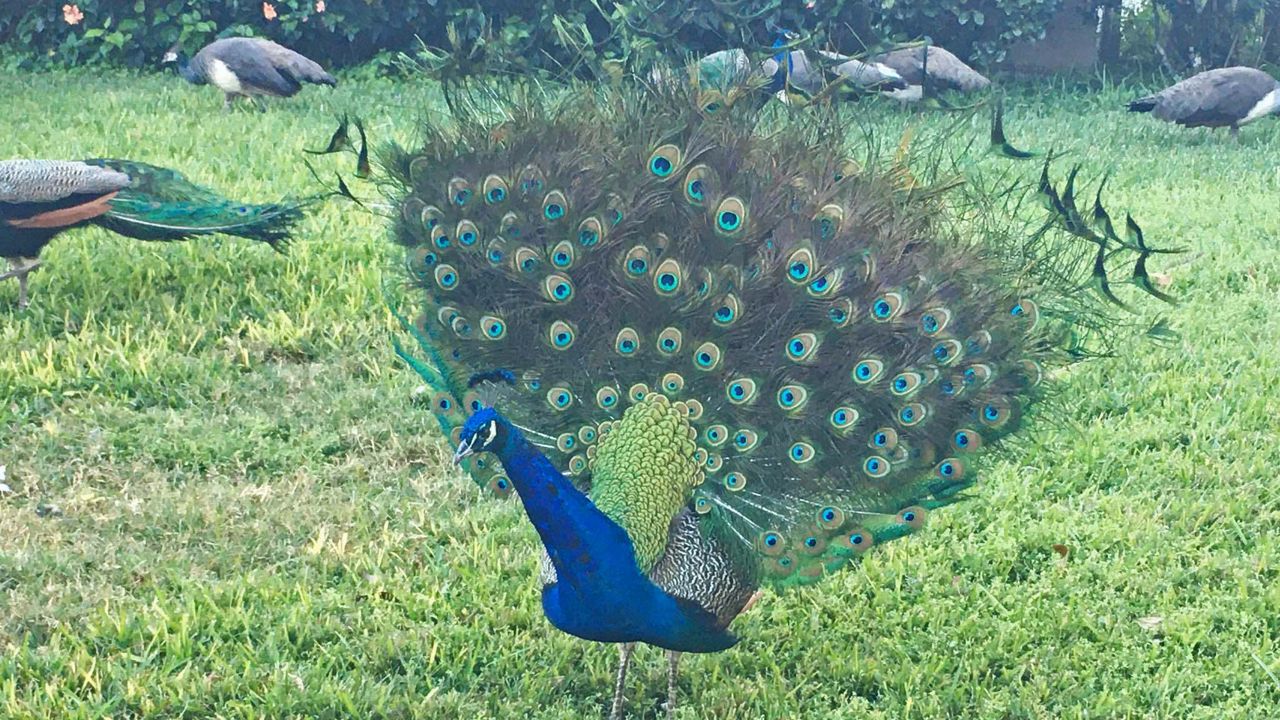 Residents of the Robinsdale subdivision in the Conway neighborhood of Orange County say their peacock population has shrunk in the past few months due to thieves. (Asher Wildman/Spectrum News)

ORLANDO, Fla. — An Orange County neighborhood is crying foul after the disappearance of their beloved peacocks, which residents say are being birdnapped.

Some in the Robinsdale subdivision of Conway say their peacock population has been shrinking the past few months.

Joel Buntin, who has lived in the area his whole life, loves the peacocks. But one day, he said he saw men jump out of a red truck and into his yard.

“It was two guys rolled up in front of my house, and the guy in the passenger seat jumped out," Buntin said. "(They) grabbed a long pole with a net on the end, like a shrimping net, and started walking in my yard for the peacocks.”

Peacock bandits? Neighborhood in Central Florida claim men are coming in with fishing nets to scoop up the birds right from their yard! Sheriff’s are now investigating. @MyNews13 #News13Orange pic.twitter.com/VY2HGVZY3p

Other residents Spectrum News 13 spoke with say the men in the red truck told them they are county employees working for Animal Services. But Orange County tells us that’s not true, because their trucks are white and clearly marked.