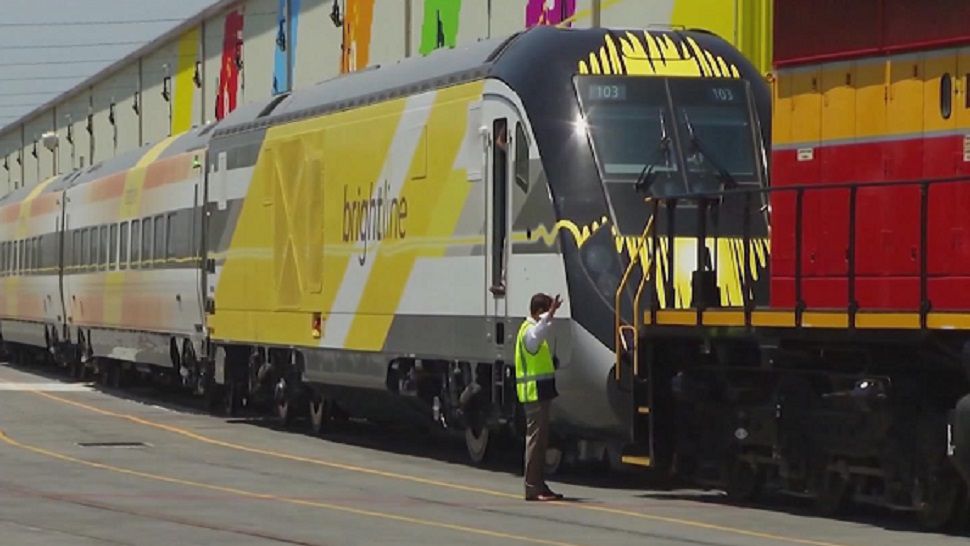 ORLANDO, Fla. — Project managers for the Virgin Trains Orlando train project are preparing to hire hundreds of workers over the next few months.

Currently the project to build a rail line from South Florida to Orlando International Airport has about 300 workers, but by the beginning of next year that number is expected to triple.

Brightline and other companies with big projects say finding the tradesmen locally to fill those roles is a challenge. We talked to Bobby Knost, business manager for the labor union Ironworkers Local 808, about the issue.

1. Are there enough workers to accommodate the 1,000 needed for the Brightline project?

"Everyone is shortage of men at this time, but it is something that a lot of us have a handle on, and I think it is definitely workable and can make that happen," Knost said.

2. Why do you think there's a current shortage of tradesmen in our area?

"There's a lot of work but also in Orlando especially, and in Florida, the wages are lower," Knost said. "So these guys are going to other places and parts of the country to get better wages, and they chase the money basically."

3. Why do you think their is a low number of tradesmen in our area?

“I think it is a lack of knowledge of what is out there and where this young person can go," Knost said. "Our young people here that are through the apprenticeship are driving brand new pickup trucks and they don’t have a student loan.”

4. Brightline officials say that, over an 8-year period, Brightline will create over 10,000 jobs between South Florida and Central Florida.

"These are high-skilled jobs that are great for Orlando and the state of Florida," said Michael Cegelis, executive vice president for rail infrastructure. "This is an exciting time, and it’s going to be a tremendous opportunity for those who live in Florida or want to move here to pursue a job and be part of our vision to make high-speed intercity rail a reality."

5. This project, according to Brightline, will take at least 6 million man hours.

For information on how to get started in Saturday classes and other training programs through Iron Workers Local 808 to apply for these jobs, head to the union's apprenticeship website.

Watch Asher Wildman's video above to get the full story.