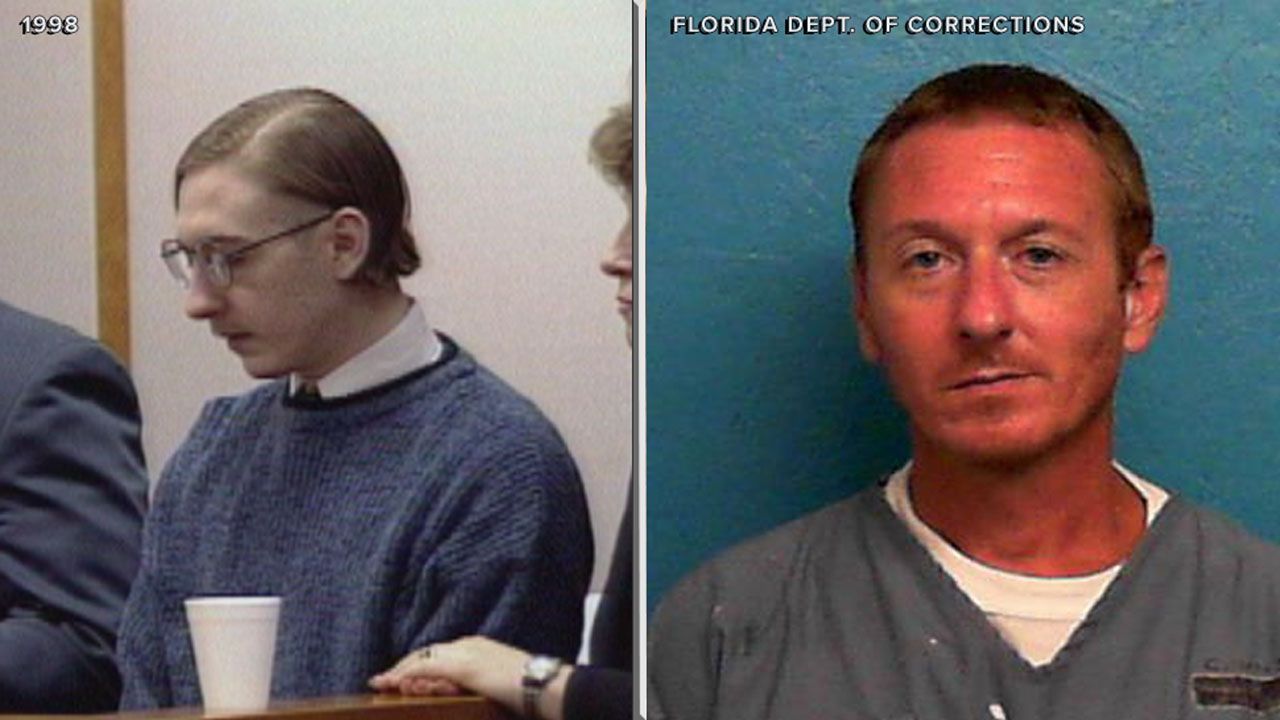 Left: Rod Ferrell in 1998. Right: A recent mugshot of Rod Ferrell from the Florida Dept. of Corrections.

TAVARES, Fla.  — The man who led a so-called vampire cult and was convicted of the murders of two Eustis people in 1998 is hoping to have his murder sentence reduced.

A resentencing hearing is happening this week in Lake County for Rod Ferrell.

Ferrell was convicted of the murders of Richard Wendorf and Naomi Ruth Queen almost 23 years ago. He was 16 at the time and was sentenced to death, at the time becoming the youngest person in the United States on death row.

But in 2000, the Florida Supreme Court reduced his sentence. Ferrell is currently serving a life sentence without parole.

In the 90s, Ferrell and several other teenagers from Kentucky formed what they called a "Vampire Clan." Ferrell would tell people that he was a 500-year-old Vampire named Vesago.

In November of 1996, Naomi Ruth Queen and Richard Wendorf were found beaten to dead in their Eustis, Florida home. The victims were the parents of Heather Wendorf, a friend of Ferrell's. Documents show Ferrell was trying to help Wendorf run away from home. Wendorf was not at the home when the murders took place.

Ferrell's mental state was used as a defense in his original trial for murder in 1998. In the end, he pleaded guilty to the murders, and said Wendorf and some of the other people who were arrested were innocent.

On Tuesday, the defense put a psychologist on the stand who testified that Ferrell's family was dysfunctional, pointing out that her mother engaged in satanic cult behavior. The psychologist said was also introduced into the occult by a young woman named "Ilianna."

“And he describes it as a mentor and student, or a master and slave kind of engagement," said psychologist James Garbarino. "It was sexual, he described it as standard sexual behavior. There was some candle wax. She forced him to watch other people and report back what he had seen.”

In 2018, another member of the vampire clan, Howard Scott Anderson, was resentenced to 40 years in prison.