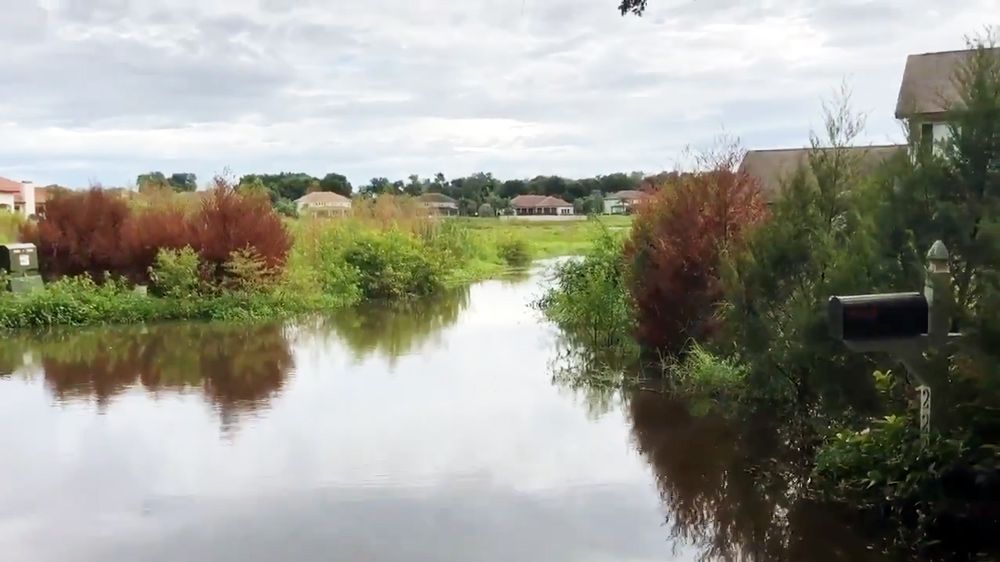 Flooding at Lake Nally Woods Drive in Gotha. Flooding has been an issue in this area for months, and Nestor did no favors. (Spectrum News)

Paul DeHart lives along Lake Nally, at the end of Lake Nally Woods Drive. He says his driveway has been flooded for months due to bouts of heavy rain coupled with the lake’s rising water levels.

The home next door is flooded and the family moved out, DeHart told Spectrum News. The flooding has been happening since June of last year, DeHart said, and he estimates losing two-and-a-half acres of his land to the lake in the past six months.

Flooding from Lake Nally Woods Drive. Only some of it is to blame from the storm though. The rest sticks around from the rising lake and bouts of heavy rainfall. @MyNews13 #news13orange pic.twitter.com/unI608sGdN

“It’s something we worry about every day, every night,” he said. “What’s it gonna do? At what point can we not actually go down our driveway because we don’t have any alternative way to go into our house?

“Do we need to invest in trying to put something down to make sure we can continue to go in? Those are all the things we’re constantly thinking about."

Orange County officials say Lake Nally is private, but they’re still working with homeowners even though it’s not in the county’s jurisdiction.

A spokesperson for Duke Energy says the company is continuing to monitor the situation as it relates to power supply, after crews raised equipment there that had been flooded by 2-and-a-half feet.

Meanwhile, DeHart has formed a coalition of around 10 homeowners whose properties have been impacted by flooding from four lakes and ponds in Gotha. He’s hired lawyers and engineers, hoping to come up with a long-term solution with the county.