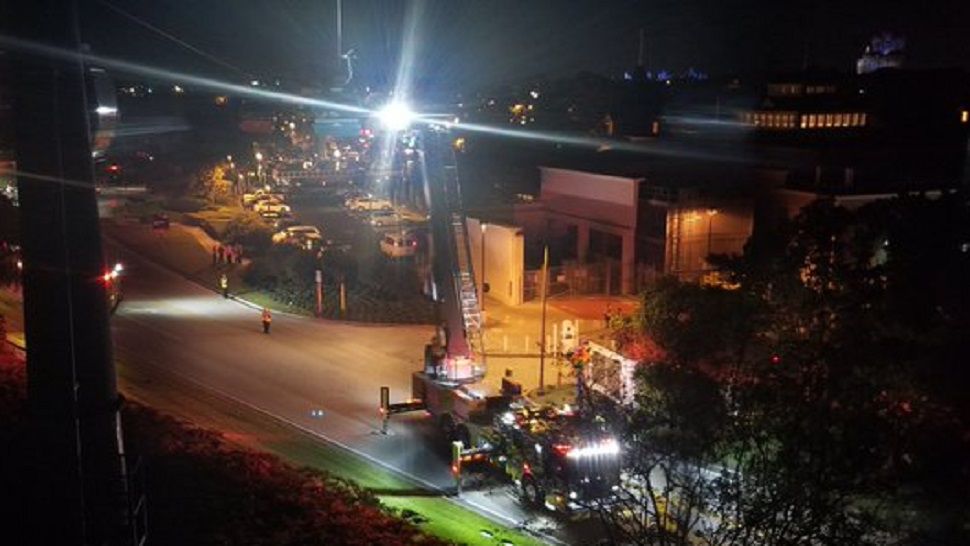 Passengers on Disney Skyliner "Nervous" After System Stalled for Hours

Danielle Perera says her family’s gondola had just left the Riviera Skyliner station Saturday night, when everything stopped. Passengers didn’t know what was going on.

"So two cars behind us, they took a lift," Perera said. "And they got out some people. You could see them. It was some kind of crane and then a bucket. But I was like, okay, well how do they do that if you’re 65 feet in the air? And that kind of made me nervous."

Every once in a while, an automated system would say transportation was temporarily stopped. Perera says told Spectrum News 13 that a live person would repeat a similar message, with little information about what was going on.

People are still stuck in gondolas on the #Skyliner. They continue playing the same recording every few minutes. “Please remain seated. We will begin your flight as soon as possible.” They also note that there is an emergency kit with water. There are sirens but no rescue yet. pic.twitter.com/2FWU4vydvQ

She helped her family keep good spirits, all the while hoping they didn’t need to use emergency kits provided. Eventually, the gondolas started moving again.

She estimates her family was on there for close to three hours, when all is said and done.

Bob Voegeli from the Tampa area was on one of the gondolas coming back from Hollywood Studios, sharing it with another family.

“We ended up being suspended for about 4 hours. A couple toddlers were (aboard). Things got a little scary when there were emergency lights and sirens everywhere,” Voegeli said.

Both families were not sure what exactly was going on, but they found out all the gondolas were equipped with emergency kits.

According to Disney Communications: "One of the three Disney Skyliner routes experienced an unexpected downtime Saturday evening. As a result, the Skyliner will be closed while we look into the details surrounding this downtime. We apologize for this situation, and we are working with each guest individually regarding impacts to their visit with us."

Disney officials said the stoppage was not an accident.

In an update Sunday night, Disney said it has a team "diligently" looking into what caused the malfunction on the Skyliner.

The Disney Skyliner system opened on September 29. The gondola system takes guests to and from Disney’s Hollywood Studios, Epcot, and four nearby resorts.

The Skyliner is shut down as officials look into what happened.