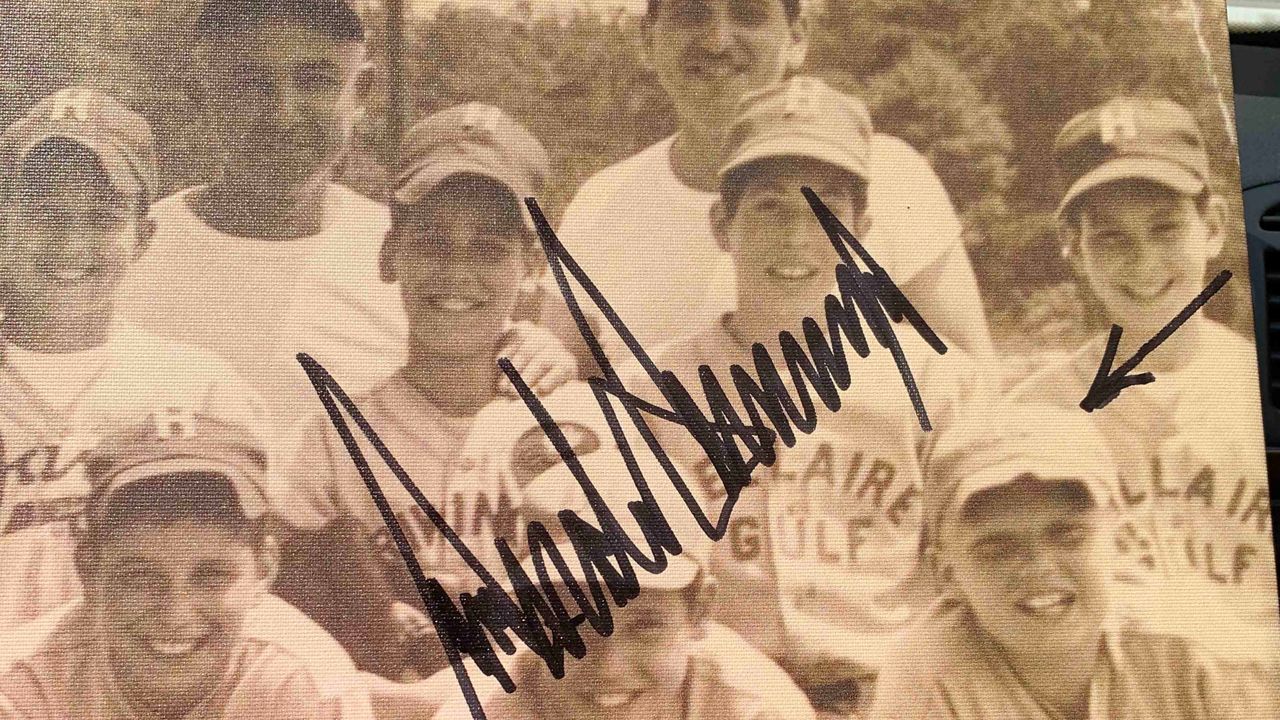 OCALA, Fla. — When President Donald Trump arrived in Central Florida Thursday afternoon, he was welcomed in by a few hundred supporters who were invited to attend his arrival at Ocala International Airport.

But one person already met the president — over 60 years ago.

Leonard Verebay has a special connection to the commander-in-chief. They both attended the Kew Forest School in Forest Hills New York.

“That’s you, and that’s me,” Verebay said to Trump when looking at an old photo of the Little League All-Star team the two were a part of in New York in 1958.

The president back then was chosen as catcher, and Verebay was a pitcher for the team.

“I met his father, I watched him be driven to school every morning,” Verebay recalled.  “Good guy — two years younger than me, but we did spend some time on the soccer field together, even before we were playing baseball.”

On Thursday, Verebay brought a photo of their All-Star team with two goals in mind — an autograph and to find out which team from his league the President was representing.

The picture caught Trump by surprise.

“He gasped,” Verebay said. “He was immediately interested and asked me if this picture is for him, and I said, ‘Well I would really appreciate it if you sign it for me, but if you give me your email address, I will send you one.’”

But for Verebay and the president, who was a 12-year-old in the picture, it was a trip down memory lane that brought endless smiles and some special attention in the crowd.

“He seemed very interested in it. In fact, I think he spent more time with me and my brother-in-laws than he did with the mayor,” Verebay said.

After signing the photo, the president then asked Verebay to send him a copy of the picture.

During the Trump’s visit to Ocala International Airport, he asked his assistants to show the team photo to members of the media.

He told them, “Go show the media this — otherwise they’ll never believe I was an All-Star.”