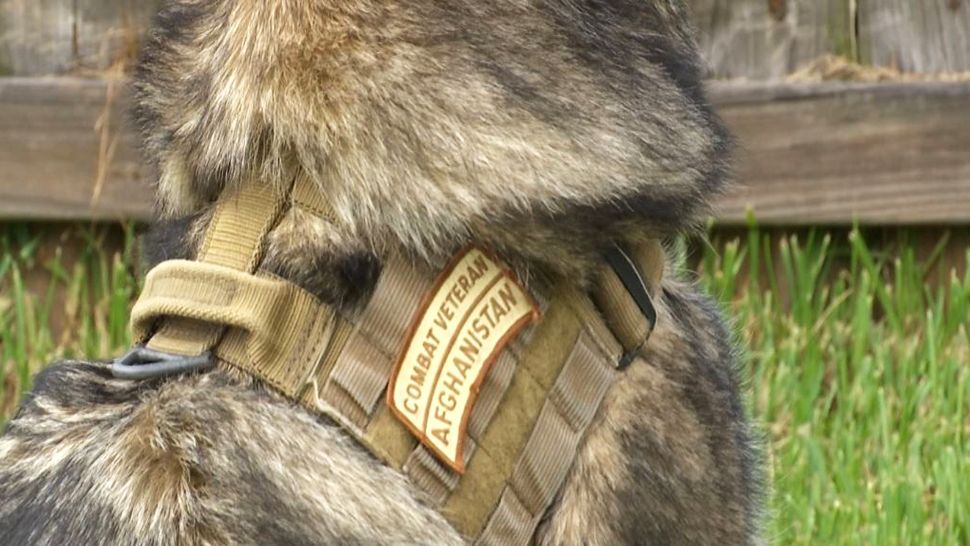 BREVARD COUNTY, Fla. – With almost 3,000 U.S. military service dogs station around the world, what happens when they get injured or become too old to work?

One organization has made it its mission to bring them home and find them permanent homes.

With almost 3,000 U.S Military dogs stationed all around the world and sent the war zones, what happens when they get too old to work or injured? @MyNews13 explains the United States War Dogs Association mission. pic.twitter.com/po2PtnhPtf

Snow said the nonprofit's goal is to give the four-legged veterans the treatment their handlers get when they come home. Snow went on to say since WWI war dogs became part of the military, trained in bomb, explosive detection, tracking and more because their of keen sense of smell.

“There would be 10,000 more names in that Vietnam wall if it weren't for these dogs," Snow said. "They are veterans and we need to treat them like veterans."

Tom Roman is a civilian but decided to open up his home to a retired war dog. In 2017, he became Damon's new handler. Damon served in the U.S. Air Force from 2011 until 2017, when he retired in from his last duty station in Afghanistan. That's where Damon got injured one day while out on patrol and fell off an armor vehicle and broke his back.

Damon was trained as an explosive detection specialist and to disarm potential threats while deployed. In his six years of service, Damon was deployed to Al Dhafra, Ali Al Salem, Kuwait, and wounded in Afghanistan.

Roman said dogs like Damon who still display some PTSD symptoms just need care and patience. Damon barks at his own shadow and gets on high alert when a potential weapon is spotted but has never bitten anybody only barked.

"When he sees things like cameras and tripods, it looks like a machine gun and he'll take you down for that..," Roman said.

Roman said the retired war dog is friendly, loyal and above all a veteran.

“You could not ask for a better dog, he doesn't chew or mess with anything that's not his, he's never messed the house, he's a great protector and let me know when someone is at the door,” he said.

U.S. War Dogs Association said retired service dogs go to Mission K9 Rescue or Lackland Air Force Base until they are ready to be paired up with their new handlers.