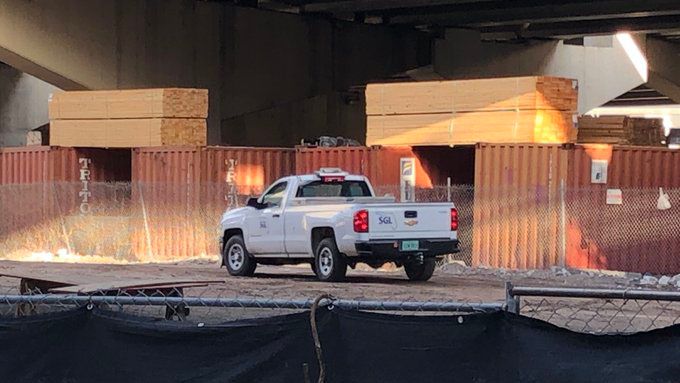 Construction on the I-4 Ultimate project has been suspended after a construction worker was killed during an accident on the job. (Rebecca Turco/Spectrum News 13)

ORLANDO, Fla. — Construction on the "I-4 Ultimate" project has been suspended after a contractor was killed and another hurt Saturday night, the third incident involving worker injuries this month.

The incident happened at about 6:30 p.m. near Sylvia Lane and America Street, authorities said.

According to the Orlando Police Department, a beam slipped off a piece of equipment and struck two workers for SGL Constructors, the contract company working on the I-4 Ultimate project.

One worker was pronounced dead at the scene, and the other worker was transported to Orlando Regional Medical Center for a head injury, authorities said. Authorities described his injuries at the time as not life-threatening.

"At this time, our focus is on supporting our employees and the affected families as we deal with this tragic event. An investigation of the cause of the accident is underway in conjunction with the local authorities. Work along the 21-mile project remains suspended with the exception of emergency maintenance operations," SGL Constructor said in a statement.

Federal investigators with the Occupational Safety and Health Administration are at the site of the incident, conducting an independent investigation.

Work along the 21-mile project remained stopped Monday except for emergency maintenance and safety patrols.

After meeting with SGL Constructors on Monday, Florida Department of Transportation officials issued plans for construction contractors moving forward. Crews were to return to their job sites and field offices Tuesday to focus on work conditions and job site safety.

The agencies want to first make sure every employee is in compliance with all safety protocols before going back to work in the field. SGL said Tuesday that teams could start to phase back into work as early as Wednesday.

SGL also said no concrete girders would be installed until investigators determine the factors that contributed to the fatal incident, though steel girder placement could restart sooner.

"We remain focused on understanding the root cause of Saturday’s incident and implementing any safety measures as needed following the investigation. Providing a safe work environment for our workers is our utmost priority, and we will continue to reinforce a culture of safety and accountability," SGL said in a statement.

Saturday's incident marks the fifth construction worker who has died on the I-4 Ultimate project since it began in 2015.

"The incident is under investigation by SGL Constructors. The FDOT expects a full accounting from the contractor as to the cause. Furthermore FDOT will require corrective measures be put in place to prevent further injuries and deaths associated with this project," the Florida Department of Transportation said in a released statement.