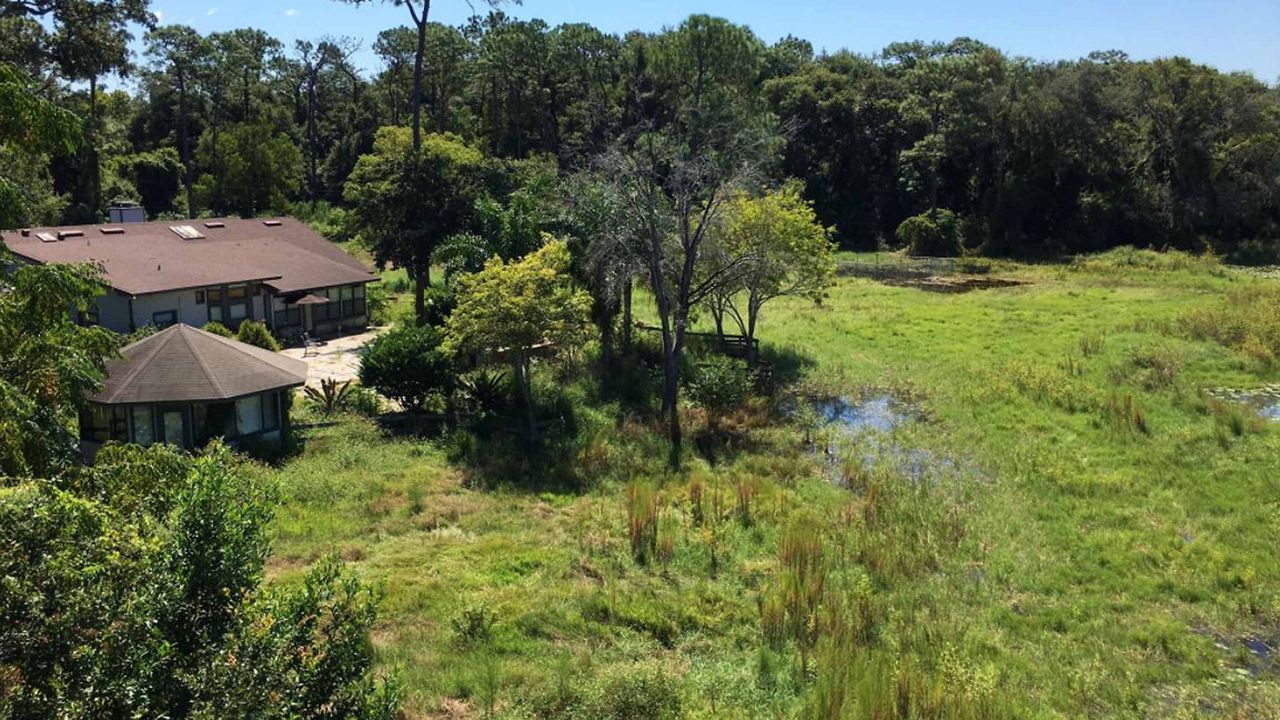 One home by Mills Pond had to be abandoned because of rising water levels in Gotha. (Asher Wildman/Spectrum News 13)

GOTHA, Fla. — Residents in Gotha, about 20 minutes outside of downtown Orlando, have seen water levels from nearby ponds and lakes rise so high, people have had to abandon their flooded homes.

The four bodies of water that have residents concerned are Lake Nally, Gotha Pond, Mills Pond, and Lake Fischer.

These three photos you need to really understand. 1. Original fence that is 6 feet high now under water.
2. A new 6 foot fence above that.
3. A new emergency berm put in place to prevent the flooding from coming over to her property. @MyNews13 #News13Orange pic.twitter.com/Mb9PsL6tnr

The county says Lake Nally is a private, not a public water body. The county also says they are amenable to discussing options for the homeowners to undertake any flooding on Lake Nally Woods Drive.

One home has had to be abandoned because of rising water levels in Orange County. Now at Mills Pond. Water level has completely taken over this persons property. @MyNews13 #News13Orange pic.twitter.com/JQXAWX2t89

District One County Commissioner Betsy Vanderlay, which oversees Gotha, contacted Spectrum News 13, telling us "there is no magic bullet to solve this,” and that she is “continuing to work with county staff to assist with the issue."