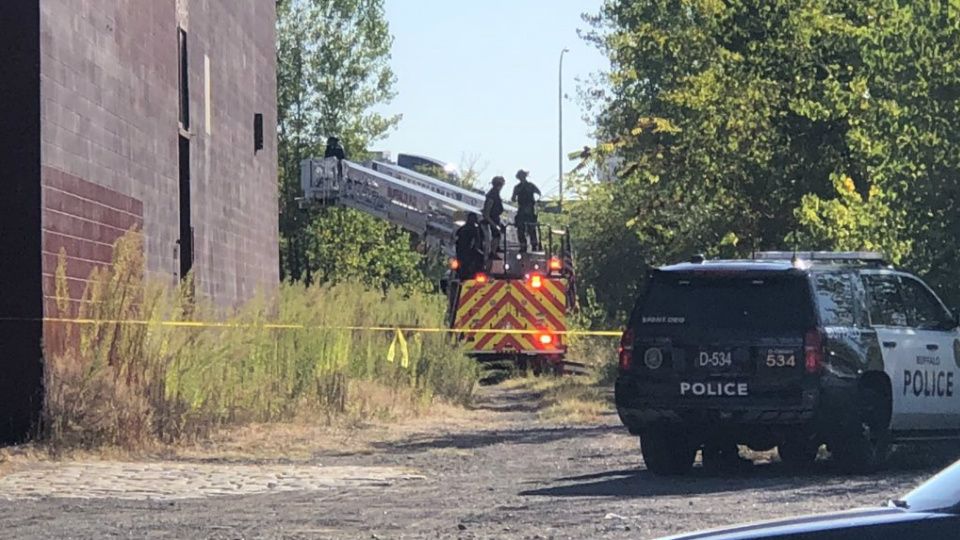 The Buffalo Police Department is investigating whether there’s any association between human remains found in a burned-out car on Tonawanda Street and a 3-year-old boy found on a porch just a mile away.

Buffalo Police Captain Jeff Rinaldo said the vehicle was likely on fire early Monday morning but had burned itself out long before officers were called to investigate, around 6 p.m. Monday in the 100 block of Tonawanda Street.

Due to the heat and duration of the fire, Rinaldo said officers could not immediately identify the make and model of the car. He said flames might not have been visible from surface streets but believe it might have been from the 198 or the 190 in the very early hours of Monday morning.

NOW: Buffalo police have just released the photos of the three missing Orlando residents, including Nicole Merced Plaud, 24, and Miguel Anthony Valentin-Colon, 31, the parents of the 3-year-old boy found on a porch Monday. The other person is Dhamyl Mirella Roman-Audiffred, 29. pic.twitter.com/oBziXvx59B

Police released the photos and names of the parents of the young boy (see above tweet) and are asking anyone in the Buffalo area who might have seen or come into contact with them to call the department’s homicide hotline at 716-851-4466 or the confidential tipline at 716-847-2255.

Rinaldo said the case is being handled as a missing persons case for the three adults and that no reports of a missing child have been filed in Buffalo for a boy matching the 3-year-old’s description.

He remains in the custody of Child Protective Services and is said to be in good spirits. The boy’s grandmothers flew to Buffalo from Florida, where the family resides, on Monday. Rinaldo said CPS will be working to reunite the child with his family.

We just heard from the grandmother of the 3-year-old boy that was found yesterday morning. She said she got a call after someone saw the picture of him on social media. She flew up here from Orlando with nothing. Still waiting to see her grandson @SPECNewsBuffalo pic.twitter.com/Etyt7vHXpy

This is her son, daughter-in-law and grandson. She’s waiting for an update on remains in vehicle on Tonawanda Street, praying for good news. She says a third person, a friend, was with them as well. She says she doesn’t know why they traveled up here @SPECNewsBuffalo pic.twitter.com/aLg8tPA8LS

#Update More family of 3 missing people from Orlando have returned to the scene of the car fire. Zenaida Colon says she submitted a petition in court, but was not granted custody of her grandson Noelvin. @SPECNewsBuffalo @MyNews13 pic.twitter.com/oKeN4LLbCk