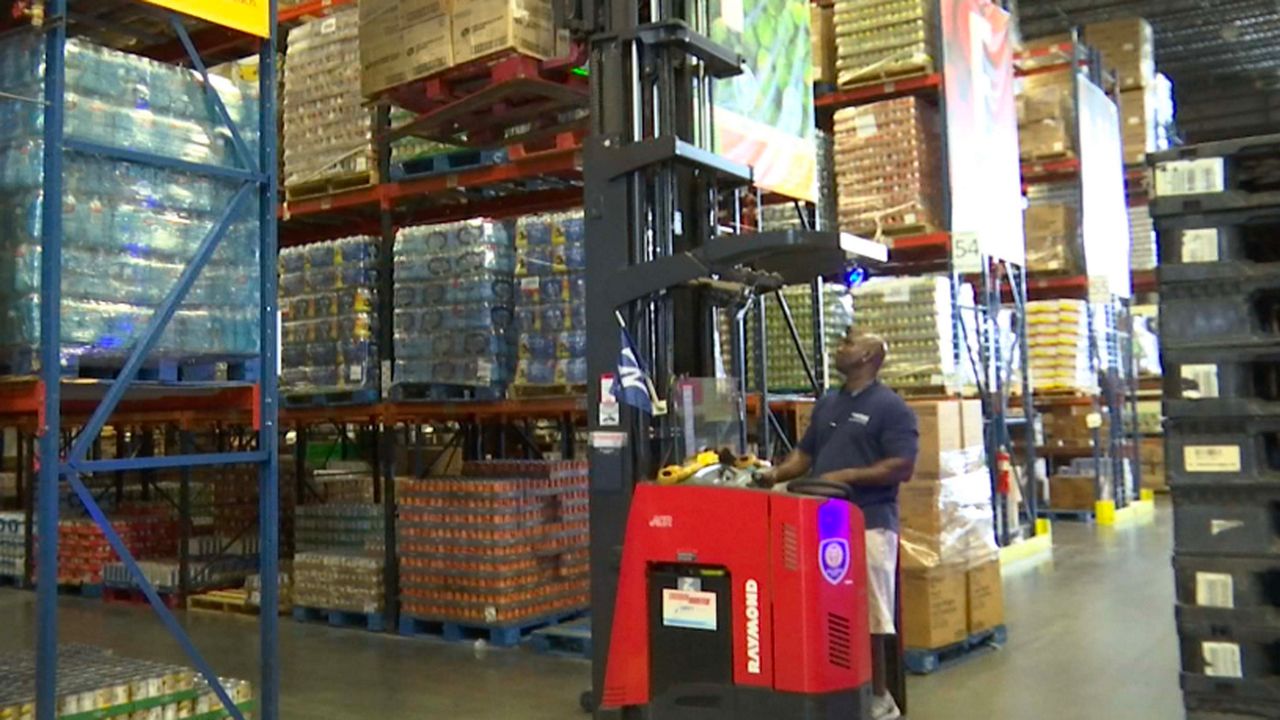 ORLANDO, Fla. — Food banks are preparing for Hurricane Dorian by feeding thousands who may be impacted by the storm.

The Second Harvest Food Bank always keeps thousands of pounds of food stocked, but this week they’re getting even more food ready for the potential storm.

“We had almost a half a million pounds of disaster-specific products that we’ve set aside just in case we got hit, and it looks like we’re going to,” said Greg Higgerson, Vice President of Development at Second Harvest Food Bank.

Higgerson says they already feed about 70,000 people a week, but they’re predicting that number to increase significantly if Hurricane Dorian ends up hitting Florida.

“We could be distributing in the next 48 hours or so after the storm somewhere in the order of around a half a million meals,” Higgerson said.

So they’re gathering thousands of pounds of water and food kits, which can last families about two to three days. They’re also gathering meals to supply to Red Cross shelters.

Higgerson says they’re worried about their distribution sites on the Florida coast.

“In our Volusia and Brevard county distribution centers don’t actually have backup power generators like we do here in Orlando, so we’re a little concerned about what might happen over there,” Higgerson said.

So rather than risk their food getting destroyed by hurricane conditions, they’re keeping it back at their main hub in Orlando.

“We can those products down to both of our branches in about an hour, we’re not too concerned about that,” Higgerson said.

As the storm nears, Higgerson says they’re also preparing to feed low-income families who may still be feeling impacts from Hurricane Dorian weeks after it passes.

Higgerson says they’re still looking for donations of nonperishable food items, but says you can also make cash donations, which they will use to buy food.

We will provide continuous updates and live reports on our social media sites. Our team of reporters and Weather Experts meteorologists will bring you live reports and timely updates throughout the storm.

Download the Spectrum News 13 mobile app for Safety Net alerts, interactive radar, and storm updates. Get it in the App Store or Google Play.