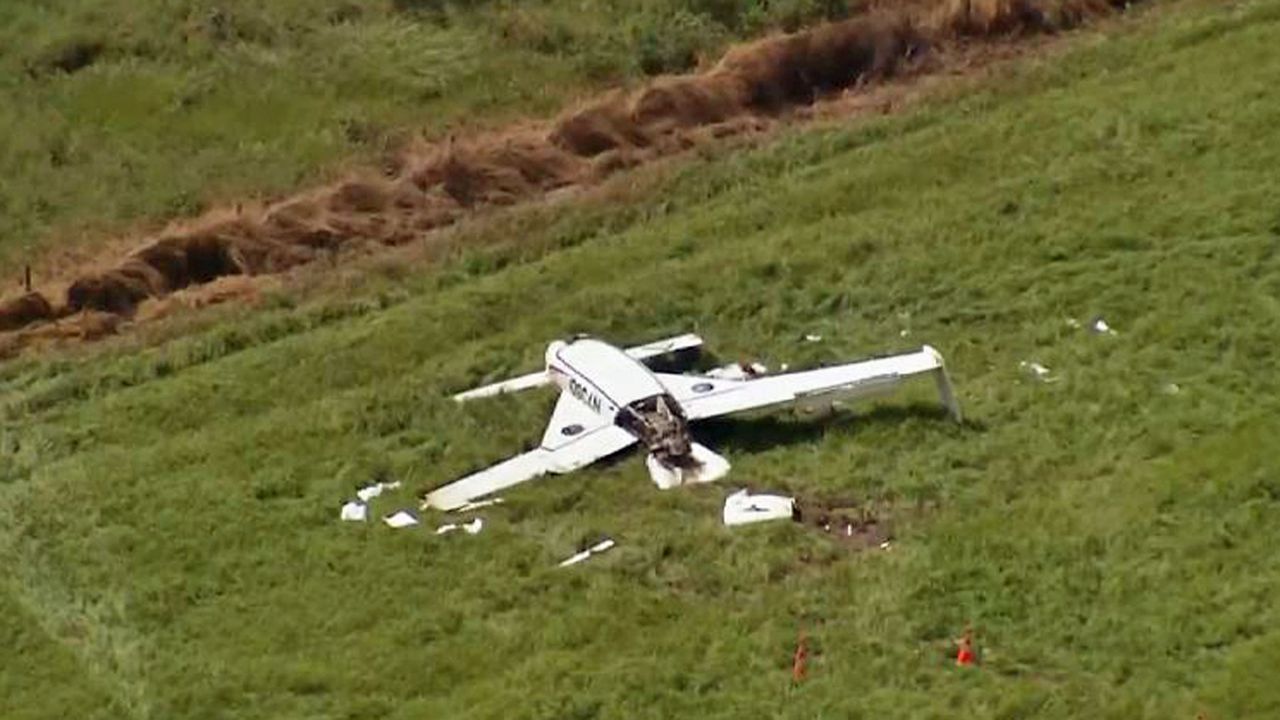 A small plane identified as a Velocity XL-RG-5 sits in a field near St. Cloud after it was thought to have gone down Wednesday afternoon. Two people were taken to a hospital from the scene, Osceola County Sheriff's deputies said. (Sky 13)

ST. CLOUD, Fla. — A small plane was found in a field in the St. Cloud area Wednesday afternoon, according to the Federal Aviation Administration.

Authorities say the plane is a Velocity XL-RG-5. Osceola County deputies responded to the area of Kissimmee Park Road near Lake Tohopekaliga after reports of a crash.

Upon arrival, deputies say the plane was found upside down in a rural area.

There was a man and woman on board, says the FAA. The Sheriff's Office said they were airlifted to Osceola Regional Medical Center from the scene. Their conditions are not yet known.

Osceola County Sheriff’s Office said the terrain of the field made it tough to investigate.

"It’s a very rural area near Lake (Tohopekaliga) ... it does take some time to canvass an area such as this. It’s a rural area with high grass fields and things like that," said Major Jacob Ruiz, a spokesperson for the Sheriff's Office.

The FAA says it will investigate the incident. FAA records also show the plane is an experimental amateur-built plane registered to a man from Virginia.

Spectrum News 13 will provide you with the latest information once available.