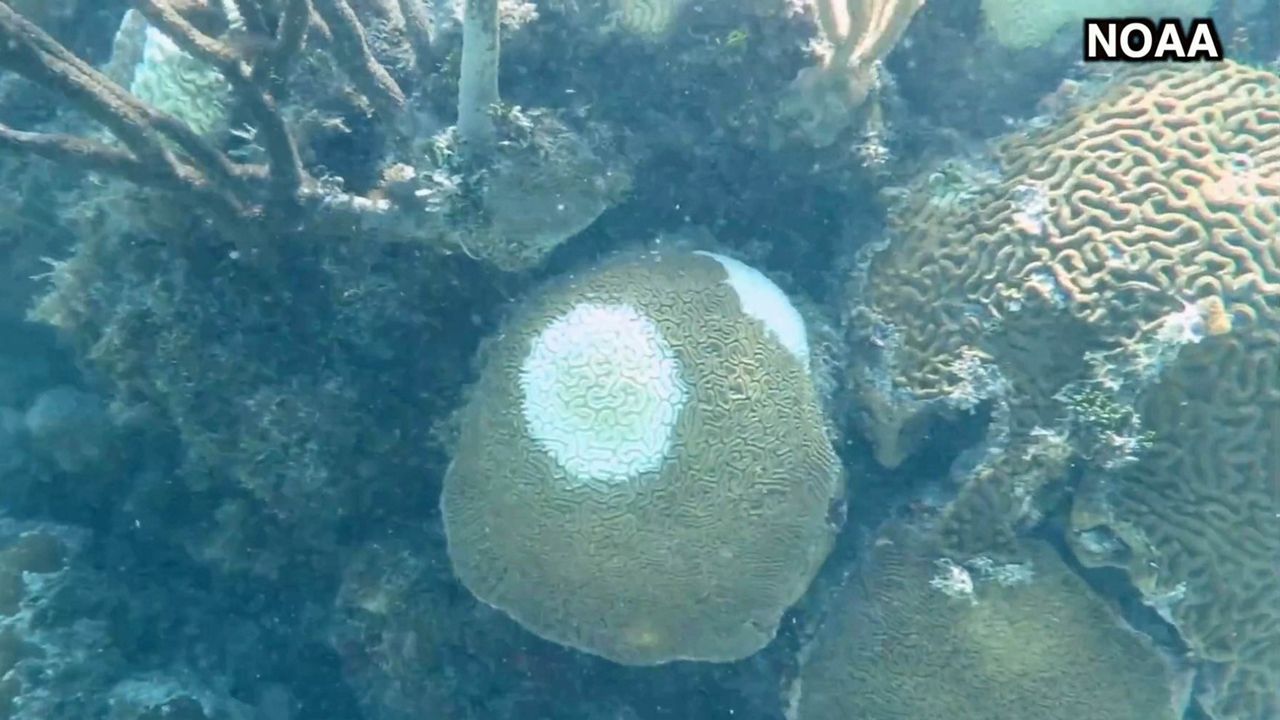 WASHINGTON — A mysterious disease is ravaging the third largest barrier reef system in the world off the coast of Florida, and thousands of coral are dying at an alarming rate.

Five years after the disease was initially discovered, scientists and lawmakers are attempting to understand and stop the outbreak that has already impacted nearly half of the coral species found on the reef.

“We first observed what they are now calling stony coral tissue loss disease in 2014 in the Key Biscayne area,” said Jennifer Koss, the director of the National Oceanic and Atmospheric Administration’s Coral Reef Conservation Program.

What exactly the disease is and why its occurring is still a mystery to scientists.

“We don’t know if it’s a bacteria, a virus, a number of things acting in concert,” Koss explained in an interview with Spectrum News at NOAA’s Headquarters in Silver Spring, Maryland.

"These corals are already stressed by ocean conditions and land-based sources of pollution, potentially some over extraction of fishing resources. Any other little change like a new pathogen can wreak a lot of havoc,” she added.

In the years since discovery, the disease has spread over 150 square miles.

“This has been massive — 22 species. Fairly rapid decline once it gets a hold of those corals,” Koss said. “Over five days, you can see it, probably 25-30 percent of the coral in the beginning then pretty much affecting the entire coral head.”

Since scientists don’t know how to stop it, they’re collaborating to get ahead of it, treating infected corals with antibiotics and harvesting healthy portions before it’s too late.

“We have corals in 13 aquaria around the nation, to keep them safe from getting infected, and that will be the brood-stock to later restore Florida’s corals,” Koss explained.

It’s been 15 years since the Coral Reef Conservation Act expired, and now lawmakers on Capitol Hill are working to put in place a new plan that would provide more federal funding and resources.

“We are working with Sen. Rubio on a reef conservation reauthorization, which would include funding to restore Florida’s great reef,” said Rep. Darren Soto (D) Florida 9th District in an interview with Spectrum News.

“We have professionals from Mote Marine Institute who believe they could restore a large part of it if given the resources to do so,” he added.

The legislation would provide $160 million dollars in federal funding and resources over the next five years.

“There are some really nice provisions in those bills, but we will have to see where they go from there,” Koss said.

Until then, it’s a race against time to save the coral from a disease that continues to leave a path of destruction.

“It has not been contained within Florida — it has now become a Caribbean Issue,” Koss said.