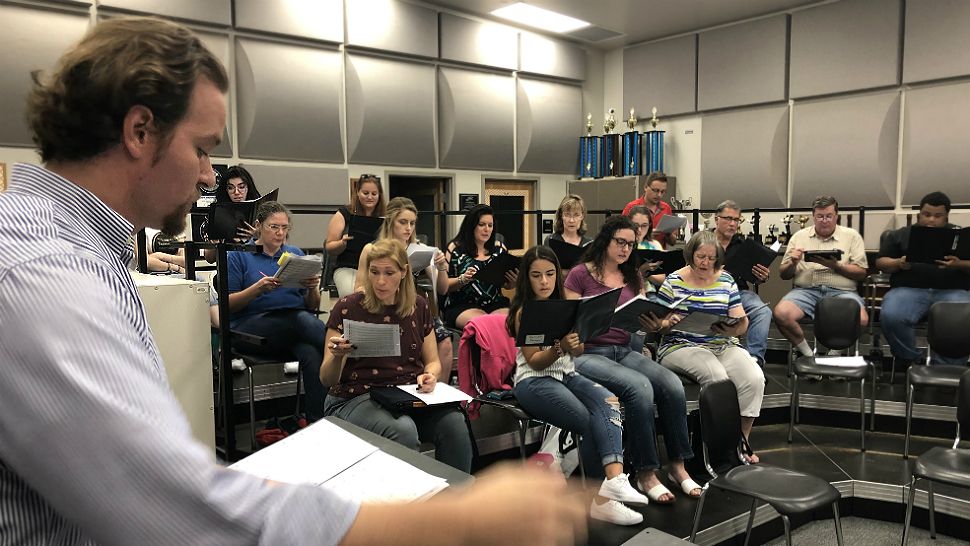 ORLANDO, Fla. — Orlando's LGBTQ+ community will host the first Faith and Diversity Festival on Saturday, along with faith leaders and diversity allies.

They also said it will counteract hate by extreme fundamentalist religious groups.

Ricardo Negron, co-director of the nonprofit, said many LGBTQ+ plus members are afraid to seek spiritual guidance after a long history of rejection by mainstream churches, and this will help sooth those fears.

"I found out hard that sometimes you just need to speak out, and you have to put your fears aside, and you have to start talking to somebody and changing people one at a time," Maysonet said. "I was afraid to come out to my employer, because I thought I could get fired."

Greenspoon Marder LLP is a sponsor of the event.

Grammy award winning director Jeffrey Redding will direct the mass choir made up of the Orlando Gay Chorus, the Orlando Choral Society, and Opera Orlando.

Melissa Pereyra, a soprano in the mass choir said she joined because she loves the message of the festival.

"It makes me feel happy inside just knowing I can deliver a message to the audience and spread love through my music," Pererya said.

"At the end of the day we're all human beings, and that is the important thing. We need to learn how to talk and respect one another," Maysonet said.

The festival will take place Saturday, August 17 at Stonewall, 541 W Church St. in Orlando. It is open to everyone 21 years old and over.