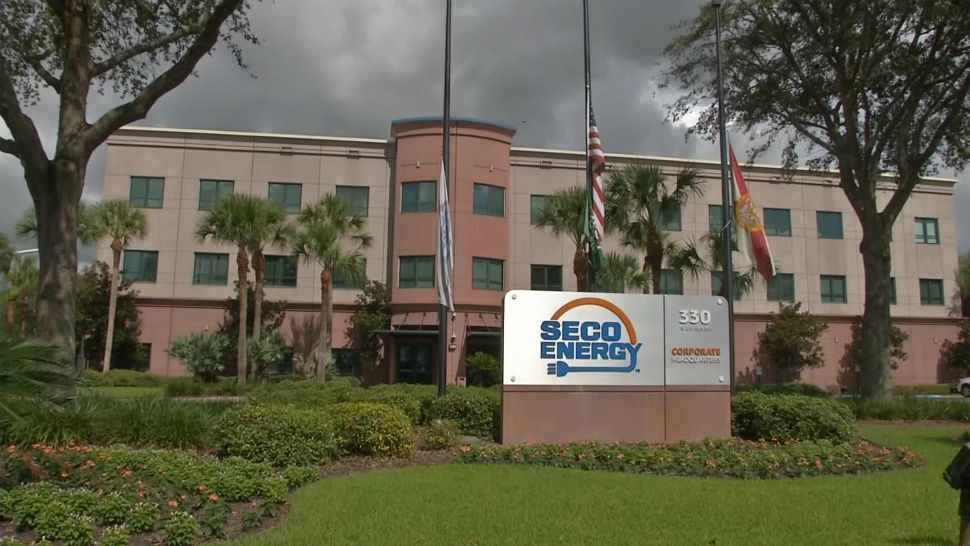 SECO Energy serves residents in The Villages. Company officials are concerned about scammers who are posing as workers for the power company and accepting payment in person. (Dave DeJohn/Spectrum News 13)

Scam Operation Uses "Boots on the Ground" in The Villages

THE VILLAGES, Fla. — Apparent scammers have upped their game when it comes to trying to fool residents living in The Villages.

Stan Carpenter was enjoying a leisurely weekend when he received the first of several robocalls from scammers.

"The call itself was suspect, because it was prerecorded, and it cut off immediately so that you weren't getting the whole message," he said Tuesday.

The message warned SECO Energy customers that their power would be cut off in 30 minutes unless a payment was made.

Believe it or not, Carpenter was lucky, because he only received a phone call.

This latest scam operation also used "boots on the ground": Scam representatives walking around the community.

Kathryn Gloria is with SECO Energy.

"The caller advised that there was a truck in the area that would come to the door and collect their payment on site at their home," Gloria said.

The scammer would suggest meeting in parking lots and other remote areas. PayPal, money cards, and cash were all accepted forms of payment, according to authorities.

"The potential for a 'boots on the ground' effort was frightening to us, especially targeting vulnerable senior citizens," Gloria said.

"That's unnerving that someone would go to that extent," Villages resident Stan Carpenter said.

SECO officials say no customers have been harmed or lost money.

Sumter County Sheriff's officials are working on the case.