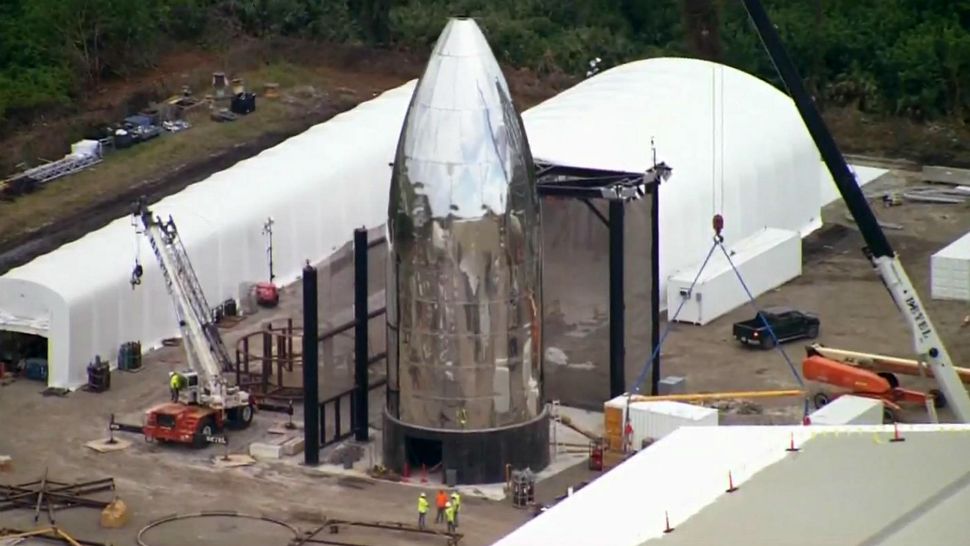 SpaceX is manufacturing a prototype of the Starship, its deep-space spacecraft, at its Cocoa, Florida facility. (Sky 13)

COCOA, Fla. — CEO Elon Musk paid a visit to SpaceX's Starship production facility in Florida a day ahead of the company's next scheduled launch.

Musk announced via Twitter that he was visiting the company's facility in Cocoa, Florida.

He stopped in at SpaceX's Texas Starship build site this past Sunday.​

SpaceX will try to launch a communications satellite aboard a Falcon 9 rocket from Cape Canaveral Air Force Station on Tuesday.

The ​prototype spacecraft will head on test suborbital flights in the future.

The final ship is intended to head past Earth orbit to the moon and Mars.