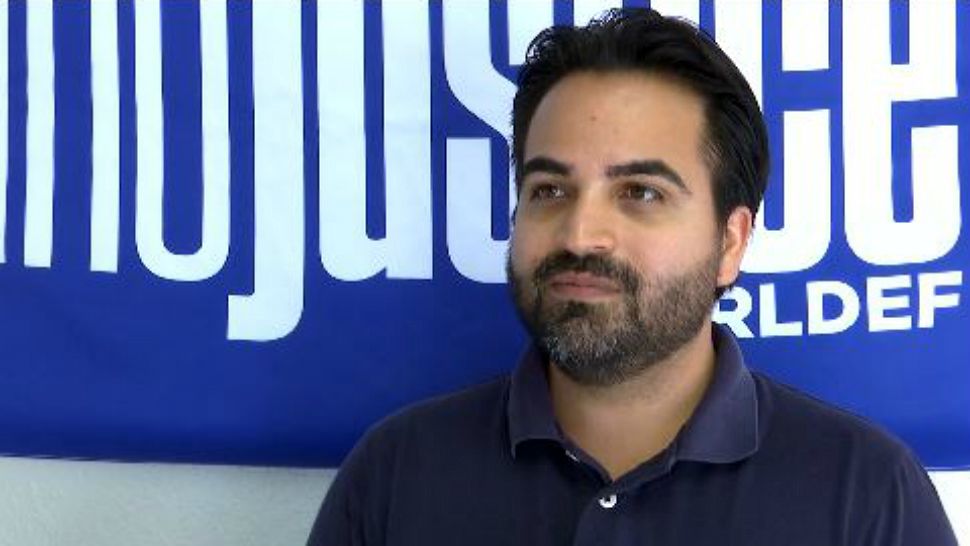 Ricardo Negron ran for his life when a shooter opened fire inside the Pulse Nightclub that killed 49 people, he watched the same type of hate-filled shooting in El Paso, Texas over the weekend. (Jesse Canales/Spectrum News 13)

ORLANDO, Fla. — El Paso law enforcement is investigating a manifesto allegedly left behind by the shooter.

The manifesto is four pages of hate against the Hispanic community.

Three years ago, Negron ran for his life when a shooter opened fire inside the Pulse Nightclub that killed 49 people.

"I want to say it's unbelievable that this keeps happening but unfortunately it's not," Negron said.

"It's time our elected officials step up and denounce these hate crimes," he continued.

He said it starts with U.S. President Donald Trump, whose rhetoric is under the microscope.

In a Florida rally back in May, President Trump made a joke saying in-part 'Only in the Panhandle can you get away with that' after someone yelled to shoot undocumented immigrants trying to cross the border.

In a press conference on Monday, August 5, he said "In one voice our nation must condemn racism, bigotry and white supremacy."

Negron said now the country must come together to show their fellow neighbors and countrymen love and respect, even if they have any differences, to enact real change.

He also said he wants to see people demand policy change from their legislatures.

Cloudfare announced it shut down the website where the hate filled anti-immigration manifesto was posted.

It was the third mass shooting allegedly connected to the website.