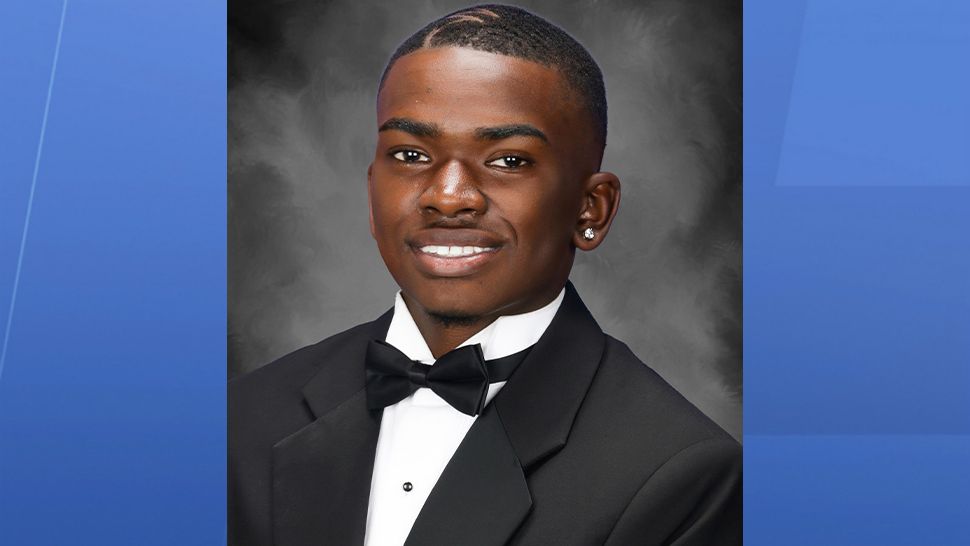 Curtis Gray, 18, was shot and killed in April. His mom Carmen Gray is hosting an event called "Stop the Violence" in honor of Curtis. (Courtesy of Carmen Gray)

“He was just an amazing young man that had a lot of purpose,” said Carmen Gray.

According to Flagler County Sheriff's Office, Curtis Gray was shot and killed April 13 outside a Palm Coast laundromat. Since then, life has been hard for his mother.

“It's a struggle," Carmen Gray said. "It's a moment-by-moment struggle. I don’t even try to make it through the day, I just try to get through incremental moments."

But she’s not the only one struggling — hundreds turned out for an April vigil to remember the track star, football player, and mentor who was just weeks from graduating high school.

That’s why Gray has decided to host a “Stop the Violence” community tournament this Saturday.

“I’ve been speaking to a lot of them individually and a lot of them have struggled, so this is our way of making sure we give back for positive mental health support,” Gray said.

The event, centered around fun activities like flag football, will promote and provide mental health resources for teens impacted by tragedies like the death of Curtis.

Therapists will be on hand to talk and answer questions.

“I know what I deal with internally as his mom. I know the struggles that I face. I know the emotional rollercoaster that I’ve been on, and I’m an adult, you know, these are kids," Gray said.

Gray said mental health is something Curtis was passionate about, and she hopes she can move his legacy forward and help bring an end to the violence.

“I as his mother, I want to make sure that the work that he started and the legacy that he started here carries on, and that those efforts were not forgotten,” Gray said.

If you are interested in participating in the event, its happening this Saturday from 10am to 1pm  on Flagler Palm Coast High School’s Practice football field. The practice field is behind the school off of Bulldog Road.

You can find more information about the event and Gray's charity "LLC: Rise Above the Violence" here.