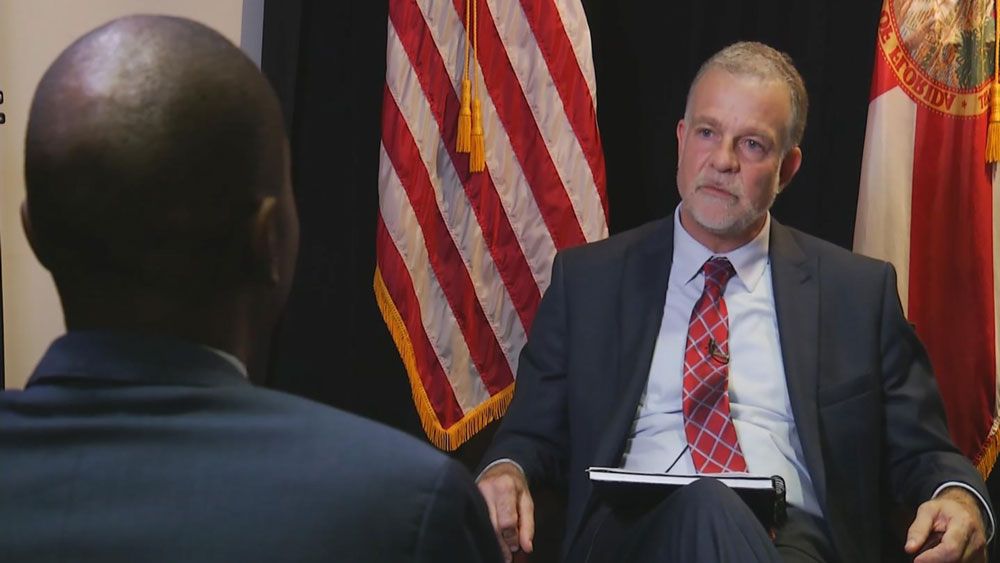 Florida Elder Affairs Chief on Guardian Complaints: We Dropped the Ball on This

TALLAHASSEE, Fla. — In light of the ongoing investigations into a former state guardian's handling of hundreds of senior guardianships, the head of Florida's Department of Elder Affairs says action needs to be taken to fix the guardian program.

Spectrum News Watchdog reporter Curtis McCloud on Tuesday sat down exclusively with Elder Affairs Secretary Richard Prudom, who opened up about this investigation for the first time.

He also shared concerns about a backlog of complaints against guardians in Florida that were only recently addressed.

“We dropped the ball on this one. This will not happen again. This is a wakeup call, and we will actually do a better job,” Prudom said.

Prudom: We Need to be More Responsive

For weeks, Spectrum News has been sharing ongoing reports about embattled former guardian Rebecca Fierle. The professional guardian is now facing a series of state and criminal investigations. Those are focused on Fierle’s handling of finances and care of the seniors for whom judges appointed her to care.

Those same judges are now removing her from more than 150 cases, saying she abused her powers and had various conflicts of interests.

Prudom was apologetic, owning up to the mistakes he says his department made in handling complaints against wards across the state within the Office of Public and Professional Guardians.

"We have made mistakes in our office. We have not processed these complaints as efficiently and quickly as we need to," Prudom said. "We need to be more responsive to the complainants and their rights. I take personal responsibility for that."

Prudom says there was a backlog of more than 80 complaints, which have since been closed out.

In the wake of that backlog, Carol Berkowitz, the former director of the Office of Public and Professional Guardians, stepped down from her position in a one-page resignation letter.

“We have caught up with our backlog. We only have the outstanding investigations, and obviously, it takes the appropriate time to do that,” Prudom said.

The secretary says the backlog was discovered after an investigation was launched into Fierle.

Prudom apologized to those who have lost trust in the state's guardians because of the investigations.

“That’s the last thing I want to do is for them to lose trust in a program that is designed to protect the frailest of the frail, those incapacitated individuals who need our help," Prudom said. "And when the issue with guardian Fierle came to light, obviously I released the investigation to the judge who was holding a hearing to remove her from her cases.”

Prudom says the next likely action his office would have taken against Fierle is revoking her license, but she resigned as a state guardian in a letter to the secretary earlier this month.

Still, many are pointing blame at his office.

“The misconception is that somehow we have oversight over day-to-day operation of professional guardians in their operation of a ward's supervision. We do not,” Prudom said.

When asked whether there are oversight checks and balances as it relates to state guardians, Prudom said, "There is not, and there should be, and there will be.

Because of state law, the most severe action that the Department of Elder Affairs can take against a professional guardian is to revoke their license. The courts and judges, however, can appoint wards to guardians — or, in Fierle’s case, take them away.

When asked whether someone is to blame for the wrong that has been done to wards, Prudom replied, “I don’t think there is any one blame, but I think it is actually a system that is not working the way it should. We talked early on about (how) these professional guardians are operating with no checks and balances. I think that is something that is obviously a system deficiency.”

That's a deficiency Prudom says he is working to help fix.

Prudom says he is currently working with Gov. Ron DeSantis and his legislative team on a permanent fix to what is a flaw in the system with the state guardianship program. He says despite leadership changes in the Office of Public and Professional Guardians, his office doors are open, and he encourages anyone who has complaints to reach out to them.

To report a complaint, call the OPPG Guardianship Complaint Line at 1-855-305-3030 or you can submit complaints at www.elderaffairs.org.