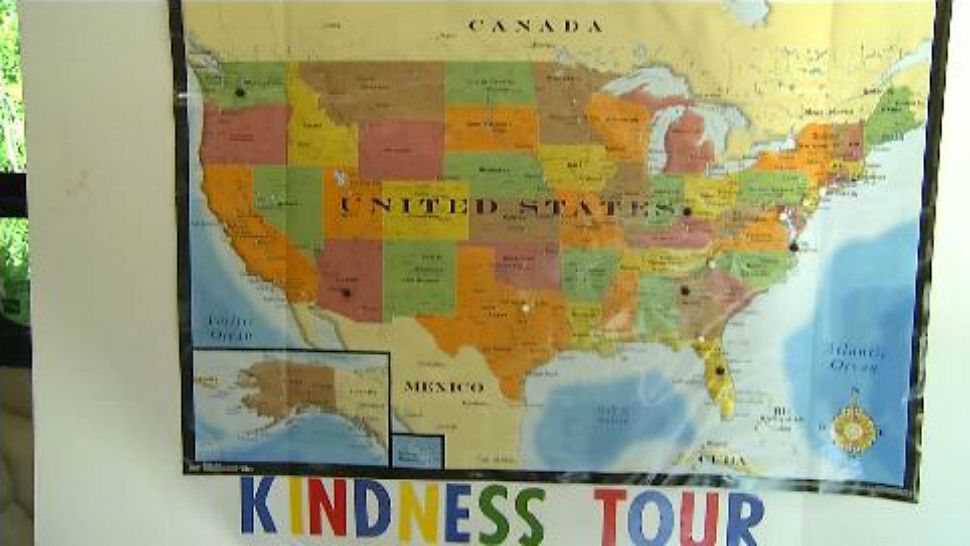 Chris Lowe's trip is called "Fall Forward Across America," in honor of her late son, Hudson, who urged classmates to "keep falling forward" during a speech in high school. (Eric Levy/Spectrum News 13)

ORLANDO, Fla. — Chris Lowe is embarking on a nationwide tour to change the world — just like everyone said her son would do.

Lowe is calling it "Fall Forward Across America" in honor of her son, Hudson: The Orlando mother is embarking on a 22-day trip to do 22 random acts of kindness in 22 states.

Hudson took his own life two years ago. But he and the words "fall forward" will forever be synonymous with him after a speech he gave in high school.

"In the speech, he said, 'Never give up, keep falling forward, don't let the world change you, because you can change the world,' " Lowe said.

In college, Hudson started taking Adderall which, she said, put him on a slippery slope.

So she's going on this trip, doing random acts of kindness, such as pulling in to a gas station and filling up someone's tank.

"It's just kind of whatever is inspired," Lowe said. "I feel like Hudson is leading me to all the right people."