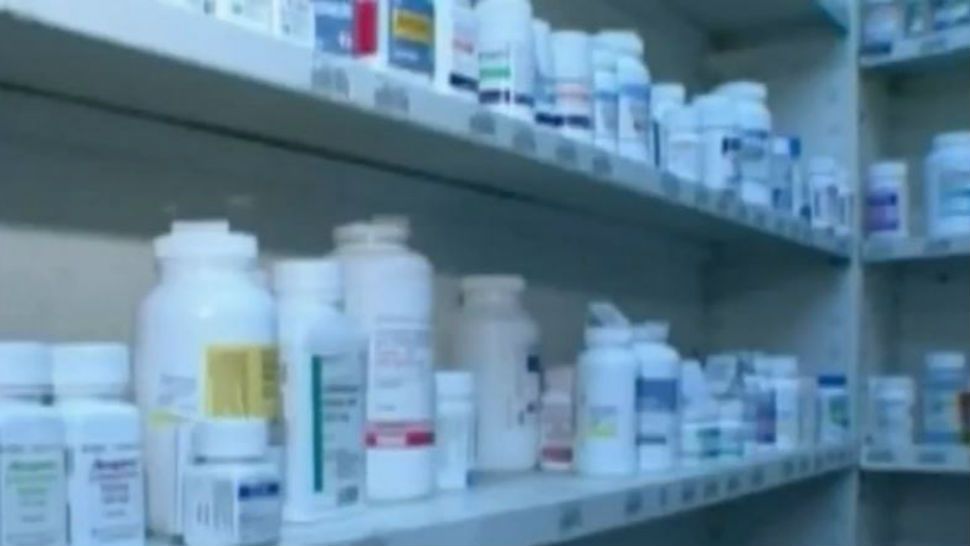 ORLANDO, Fla. — PBMs: have you heard of them? If not, you’re not alone, but they do factor into your prescription drug costs.

They’re essentially a “middle man” between drug makers, health care plans, and patients, negotiating the prices most of us pay for prescription drugs.

The flowchart below explains the way it works. It's from The Commonwealth Fund, a private foundation that supports independent research on health care issues. A number of independent pharmacies have told Spectrum News they are now losing business and revenue because of PBMs, including Five Points Pharmacy in Cocoa, a pharmacy that has been welcoming customers since 1958.

Louella McCormick Edwards started coming to 5 Points Pharmacy with her mother. But now, Edwards says most of her family can no longer get their medication filled at 5 Points after their health plans dropped the pharmacy from their networks.

"We have nowhere to go and people are running around for days and days trying to find places to get medicine,” Edwards said.

5 Points Pharmacy owner Dr. James Wright says he wants customers to understand that insurance companies and PBMs are the entities responsible for removing 5 Points Pharmacy from their networks.

“I usually show people the notice or rejection notice when we try and run the claim that says 'med not covered here',” he said.

Express Scripts, CVS Caremark, and OptumRX are the three largest PBMS, controlling 75 percent of the market, according to Fortune Magazine.

All have their own pharmacies. And all are now owned by insurance companies.

“Everyone is impacted by the cost of drugs and medication," said Eskamani. "Our seniors, especially here in Florida, are going to feel that pinch. Folks on a fixed income. I think there is something to be said about the monopoly control of PBMs and how that is the anti-thesis of the free market principal.”

It’s a concern also being voiced at the federal level. In April, the Senate Finance Committee questioned PBM CEOs about their negotiation process with drug manufacturers.

“The deals they strike with drug makers and insurers are a mystery, how much they’re pocketing out of the rebates they negotiate is a mystery…,” Wyden said.

Currently, PBMs are not required to disclose their financial negotiations.

While Scott supports transparency, and believes PBMs are one of the most transparent aspects in the health care system, he believes making negotiations public would ultimately hurt instead of help consumers.

“If you think about playing a game of cards, it would be the PBMs showing their cards to the drug company across the table in a way that lets the drug company raise prices even higher,” Scott said.

Dr. Wright at 5 Points Pharmacy does not agree. He showed us paperwork his pharmacy received for one prescription — paperwork he says patients never see. “It’s just a strange, strange situation," Wright said. "[They’re] passing on the cost to [me] and the patient. And patients would not know about it. It’s like a tax that no one is aware of.”

We asked Scott for his response to pharmacies claiming PBMs are putting them out of business.

“There is always going to be a tension point between negotiators when you’re trying to drive costs down, and that’s some of what you’re seeing,” Scott said. Eskamani argues that’s where the issue of transparency comes in, that PBMs are inflating prices for out-of-network pharmacies, instead of lowering costs for everyone.

“I think that’s a conversation to have with them, and perhaps we need to do a better job of educating them on all the ways PBMs are already transparent, and willingness to engage with them in that important dialogue,” Scott said.

Scott said PCMA understands there is an affordability problem, but says his industry is ready to find a solution.

For Edwards, as her family scrambles to find affordable medication, talk is cheap.

Visibly upset, Edwards told Spectrum News, “It’s like extortion to me, that’s what it is. You extorting us. That’s exactly what it is.”

Eskamani says she’s working on legislation for the upcoming session that would require PBMs in Florida to be more transparent when it comes to drug pricing and availability.