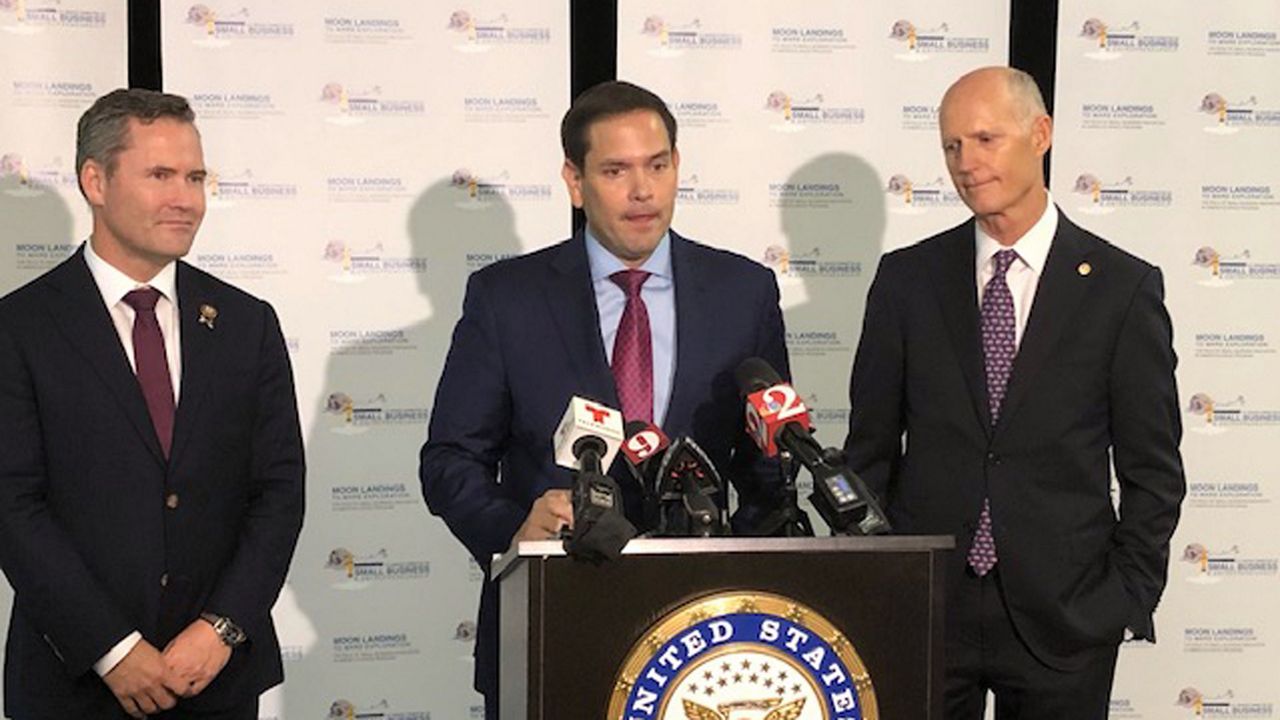 BREVARD COUNTY, Fla. — Sen. Marco Rubio and Sen. Rick Scott visited the Space Coast Friday to get an update from NASA officials on their progress towards sending astronauts back to the moon.

The focus of the U.S. Senate Committee hearing was about the role small businesses have in space innovation, which lawmakers say is crucial in helping get back to the moon and eventually to Mars.

Rubio asked NASA officials what they need, and what small businesses need, to make a return to the moon a reality by 2024 — and eventually a landing on Mars.

NASA officials told the lawmakers it takes a mix of enough funding and other legislative support involving regulations to allow small businesses to thrive.

Rubio says he and other lawmakers will discuss more funding for small businesses next week in Washington D.C.

To learn more about the Senators' visit, watch the video above.