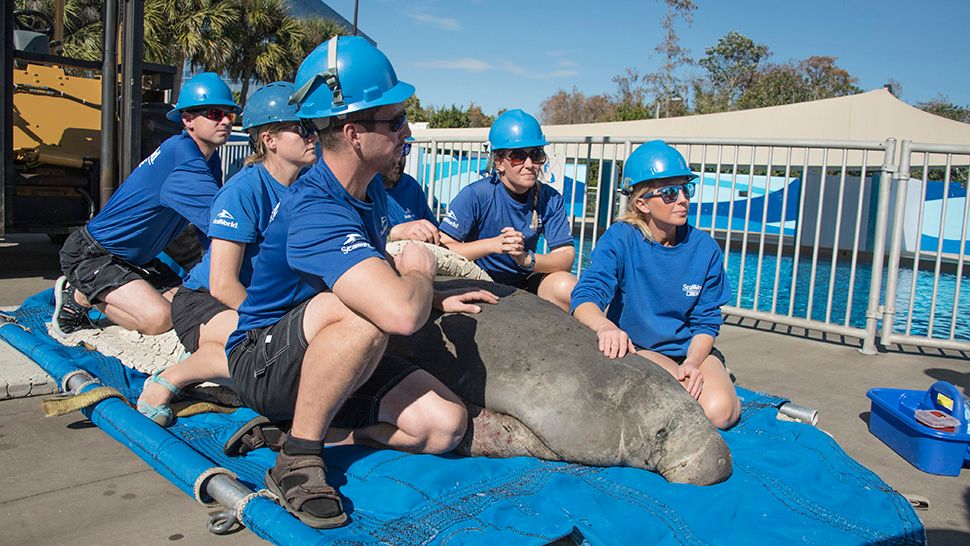 Bago the manatee was rescued by SeaWorld in January. (Photo courtesy of SeaWorld)

On Thursday, it was time to go for the 800-pound manatee, which they named Bago.

The not-so-gentle sea cow was treated for cold stress at SeaWorld's Marine Animal Rescue in Orlando. For almost a half a year, Bago hung out with other sick or injured manatees and received treatment from veterinarians.

Wait for it! This manatee did NOT want to leave his "rehab" center in Sea World. @MyNews13 #News13Marion #News13Orange pic.twitter.com/NyUxgsOPxJ

"This manatee was in an area where there are no warm water springs in January. Here in Florida, we were in that temperature range where they are able to get into cold stress, which this animal did," said Jon Peterson, SeaWorld's senior leader of zoological and curator of rescue operations.

After receiving a clean bill of health by handlers, Bago was released into the St. Johns River near Palatka — but not before it was weighed, measured, and fitted with a tracking device so that researchers can follow its progress.