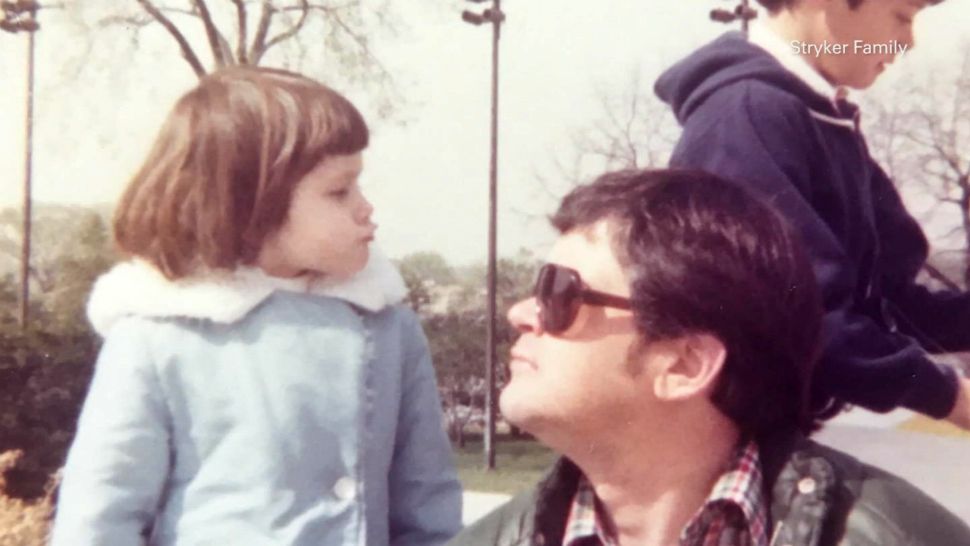 Kimberly Stryker (left) says her father, Steven, had struggled with various health issues over the years, but his health took a serious decline in 2018. He died at Tampa hospital in May after doctors were prohibited from providing care due to a "do not resuscitate" order. (Courtesy of Stryker family)

ORLANDO, Fla. — State investigators say a 75-year-old Brevard County man died after doctors were prohibited from providing lifesaving care because of a "do not resuscitate" order that the man's legal guardian filed against his wishes.

The findings led Orange County Judge Janet Thorpe to remove Rebecca Fierle as guardian for almost 100 seniors in Orange and Osceola counties, although she still has guardianship over other seniors in counties across the state.

Thorpe wrote in an order that she thought Fierle "abused her powers" and developed conflicts of interest in her dealings, as well as filed multiple do-not-resuscitate orders on behalf of seniors in her care without their approval or the permission of family members or the court.

A judge can appoint a guardian to oversee the welfare of a senior, extending the legal right to make decisions on behalf of the person's affairs, health care, and finances with control of various bank accounts and other assets.

SENIOR CARE IN QUESTION: A local judge removes a guardian from the care of nearly 100 seniors.

How the death of a 75yo man is showing major faults in oversight on those who are supposed to be protecting seniors.

WATCH the joint Watchdog Investigation at 5:30PM on @MyNews13 pic.twitter.com/5RppOIpjV2

Kimberly Stryker filed a complaint with the Florida Department of Elder Affairs after her father, Steven Stryker, died at St. Joseph's Hospital in Tampa on May 13. She said investigators uncovered major lapses in oversight over senior guardians in the state.

Steven Stryker had lived in Brevard County for more than two decades. His daughter said he had his share of health issues over the years.

"He struggled with alcoholism and (a) PTSD diagnosis from Vietnam," Kim Stryker said. "He started to have real trouble early in 2018."

Kim Stryker lives in Virginia but said a family friend, Linda Lanier, would often check on her father.

"Linda started getting involved to try to get him care he needed, because he was spiraling," Stryker said.

In August 2018, while Lanier was out of town, Stryker said her father was taken into custody under the Baker Act and forced into treatment at Florida Hospital in Orlando, now known as AdventHealth.

Family members said they don't know why he was taken to AdventHealth instead of a Department of Veterans Affairs clinic where he has received treatment in the past.

Stryker said her father spent almost six weeks at AdventHealth — all while the family was kept in the dark about his condition and treatment.

In its filing, the hospital told the court that Stryker appeared to be in "imminent danger" and was "unable to make decisions that would be safe and reasonable for his plan of care, and is not able to effectively manage his finances." The same motion also accused acquaintances of Stryker of stealing his money, although no reason or evidence was given as to why that was suspected.

AdventHealth's motion to appoint an emergency guardian also said Stryker "has a daughter whose whereabouts are currently unknown, but has no known extended family otherwise."

"The decision was made for Rebecca to be assigned, (but) she never contacted me, she never reached out, never asked for any information from me," Kim Stryker said.

"In the Florida Hospital petition for guardianship, they state the Ward's daughter's whereabouts were unknown," stated a report by the Florida Clerk's Statewide Investigations of Professional Guardians Alliance. "However, her contact information was listed on the Advance Directive on file with the hospital, and our office found her contact information with a quick Google search."

Spectrum News has reached out to AdventHealth for comment but has not yet heard back.

It was at this point that Kim Stryker said her father became nearly out of reach. She was unaware at first of where he was or how to get a hold of him.

"I tracked Rebecca down when he started getting bounced around from hospital to hospice to ALF (assisted living facility), and I was like, 'What is happening?' and I couldn't even find him," Stryker said.

By May 2019, Steven Stryker had been moved to St. Joseph's Hospital in Tampa. While he was there, Kim Stryker said her father began to choke, but hospital staff were prohibited from providing lifesaving care, because unbeknownst to the family, Fierle had filed a "do not resuscitate" order. Steven Stryker died.

"I definitely blame that choice she made on his death, for sure," Kim Stryker said.

Stryker said Fierle filed the DNR order against her father's wishes. Hospital records show Steven Stryker had a chronic health issue that made it difficult at times to swallow.

"He definitely wanted to be resuscitated specifically, because he had a disorder that caused him to choke," Stryker said.

That investigation determined that the week before Steven Stryker's death, doctors at St. Joseph's Hospital tried to get Fierle to drop the DNR without success. Investigators said in their report they interviewed Dr. Kirtikumar Pandya, a psychiatrist who examined Steven Stryker.

"He stated that he was concerned about the DNR filed for the Ward by Fierle," the investigative report states. "While he acknowledged that the Ward did not have the capacity to make all decisions, Dr. Pandya believed that he had the ability to decide that he wanted to live. Dr. Pandya said that the Ward wanted to be resuscitated and wanted to be alive. Dr. Pandya said that, in his opinion, Fierle's reasons for the DNR were not rational also noting that she does not have a healthcare background."

Investigators said in the report that Fierle told them and others that it was "common for her and that she files DNR for Wards regularly," and that "her decision was 'a quality of life, rather than quantity matter,' " the investigative report reads.

Kim Stryker told Spectrum News that she filed the complaint with the state at the same time she and Lanier were petitioning a court to regain guardianship over Steven Stryker. The complaint was filed days before her father's death.

Stryker said she only learned of her father’s death after Lanier sent flowers to Steven Stryker in the hospital to celebrate the change in guardianship. When the flowers arrived, the women were notified by a nurse that he'd died a couple of days before.

The state's investigative report includes an email sent two days after Steven Stryker’s death, on May 15, in which Kim Stryker writes to Fierle: "Were you even going to tell me? My family wants to know what is being done with my father's remains. He had specific instructions and preparations made, which you will no doubt ignore."

According to the email conversation provided by the state, Fierle responded about an hour later to Kim Stryker, which said: "It was my understanding that you were in close contact with the hospital case manager so I assumed she let you know. Any final arrangements can be handled by you and your brother. That is not a task I handle if there is family. The funeral home of your choice can send an invoice to my office for payments from funds I have in the Guardianship account."

The state investigation ultimately determined that Fierle moved Steven Stryker to multiple assisted living facilities that did not meet his needs as well as filing a DNR against Stryker's explicit wishes.

On July 3, Thorpe, the judge, filed a motion to remove Fierle as guardian in 98 cases in Orange and Osceola counties.

"Based on the above facts, the Court finds that Ms. Fierle has abused her powers, developed conflict of interest with the Ward and become a disqualified person, thereby establishing grounds for removal as guardian," Thorpe wrote in her notice.

Thorpe provided four points in her notice, writing that Fierle:

Fierle's attorneys filed a motion of their own, in part asking Thorpe to recuse herself because of "a well-founded fear that she (Fierle) will not receive a fair trial or hearing." That motion was denied.

At the demand of Fierle's attorneys, Thorpe prohibited reporters, including Spectrum News' Greg Angel and Curtis McCloud, from attending a July 11 hearing on the matter.

According to court records, Fierle was removed as guardian during that hearing, no longer overseeing the care of about 98 seniors. New emergency temporary guardians are being appointed. Thorpe also revoked all DNRs that Fierle has signed.

The actions only affect cases in Orange and Osceola counties. Fierle is licensed and has seniors in her care across the state, according to various Clerks of Court searches. It is unclear whether judges in other counties are considering similar action.

Fierle is not facing any criminal charges.

Her website was taken down hours after the July 11 court hearing, although that is where she posted online that she has been a "Professional Guardian registered with the State of Florida and I have been a Certified Geriatric Care Manager for over 10 years."

She also regularly posts articles about senior health on her company's Facebook page.

An attorney for Fierle told Spectrum News after the July 11 hearing that her team has no comment on the case. There have been multiple requests since then for a statement and interview.

Spectrum News also contacted the Florida Office of the Attorney General and asked whether there any open investigations involving Fierle. A spokesperson told us, "We can neither confirm or deny an investigation at this time."

Meanwhile, Kim Stryker says she feels as though the state has let her down.

"It's obviously too late for my dad, but I would really encourage people to keep speaking up and come forward now," she said.