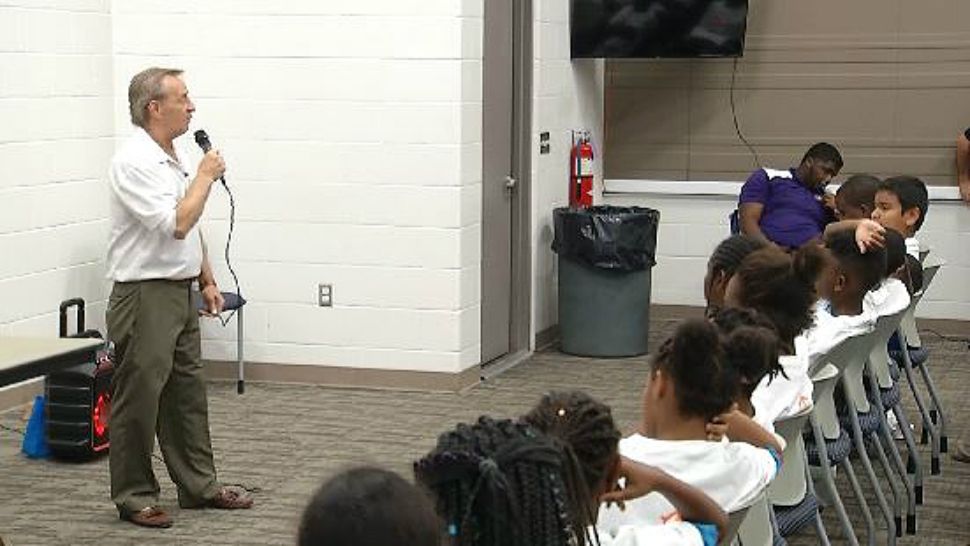 Former U.S. Olympic gymnast Scott Johnson has motivated himself and others for years. (Jon Alba/Spectrum News 13)

ORLANDO, Fla. — Former U.S. Olympic gymnast Scott Johnson has motivated himself and others for years.

"Everybody has a dream and dreams can be achieved. I like to use the saying you need to live your dream, and that is possible," he said.

Florida Citrus Sports middle school campers heard that message on Tuesday as Johnson spent an hour discussing the importance of striving for goals. Something he knows all too well.

"I had a dream years ago that I wanted to be an Olympian. That was a long-term goal. It was just a dream. But if you work towards that, set intermediate goals, you can achieve that goal," Johnson said.

The Florida Sports Hall of Fame fan club partnered with the camp to make the day possible for underprivileged kids near downtown Orlando.

It was a chance for the kids to get that extra push they may need to one day achieve something great.

"To have him come to camp and to give a chance to hear great stories, it motivates them to stay sharp physically as well as mentally," said program director Malcolm Lewis.

"The fact that they actually met someone today and that person is reaching out to motivate them, every little bit helps," he continued.

"I've been in casts several times. But you get healthy, and you get right back on it again," Johnson said. "I think that it's great that people like me who have been successful in the past, can share their experience with these kids and say 'Hey, there’s light at the end of the tunnel, you can be great, you just have to go in the right direction.'"