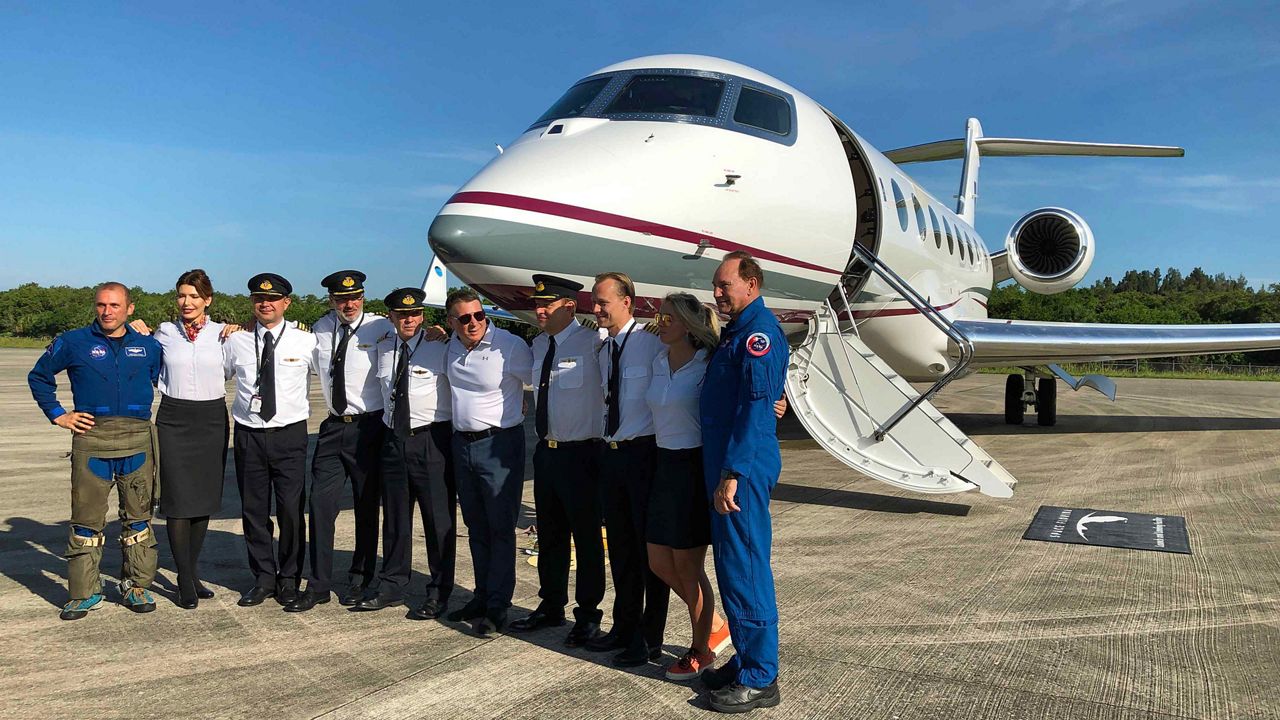 CAPE CANAVERAL, Fla. — An aviation milestone has been set on the Space Coast.

The mission is called “One More Orbit,” a tribute to the Apollo 11 moon landing that happened 50 years ago next week.

It appropriately began at the iconic Kennedy Space Center runway, just a couple miles from where the Saturn V blasted off into history July 20, 1969.

Pilots Hamish Harding and Terry Virts were at the helm, as a Qatar Gulfstream G650ER plane flew over the North and South Poles for the past two days.

They set a Guinness World Record with a flight of 46 hours, 39 minutes, and 39 seconds.

"The team working together was the most impressive," former NASA astronaut Terry Virts told Spectrum News.

Eight people were on board the jet.

There was a 100-person team on the ground in mission control in Qatar, and three refueling stops in Kazakhstan, the Indian Ocean island of Mauritius, and Chile.

"We beat the record well," said Hamish Harding. "The provisional numbers, we averaged 465 knots around the planet."

"We had to stay within the atmosphere," Harding said.

He joked, "Terry kind of cheated, he did it in 90 minutes by going out of the atmosphere.”

But even his experience didn't prepare him for the awe-inspiring sights of the North Pole.

"I've been around the planet, expect for the poles, and that was beautiful," Virts said. "There are so many parallels to spaceflight."​

The group is also filing for a world record for top speed over the poles at 534 mph.