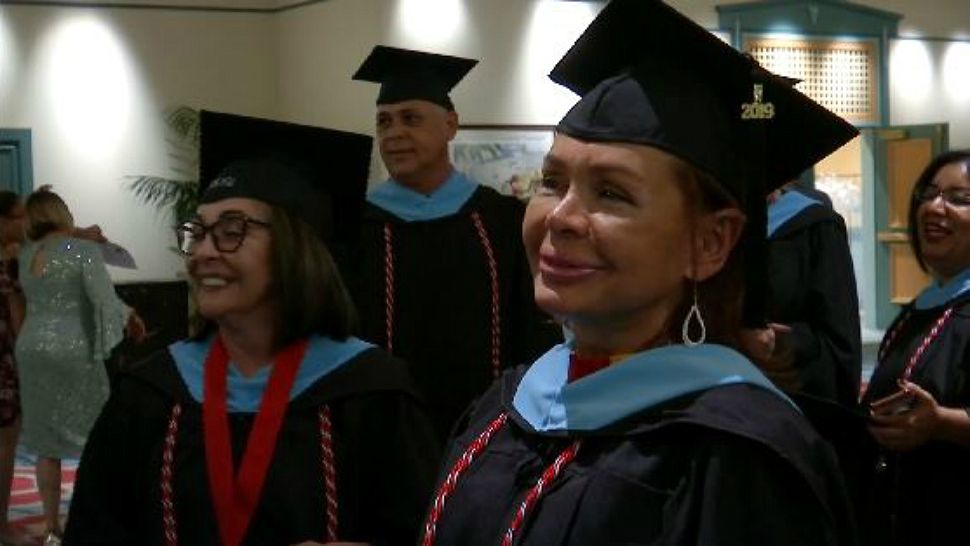 Elena Tremble fled two-dictator led regimes to get a chance to attend school in the U.S. (Jesse Canales/Spectrum News 13)

Graduate Says Earning Master's Was Easiest Thing She Has Done

ORLANDO, Fla. — Ana G. Mendez University saw 188 of its students graduate from the bilingual university. Yet for one student, that was the easy part.

For Elena Tremble, receiving her Master's Degree in Counseling was the easiest thing she’s done. Tremble fled two-dictator led regimes to get a chance to attend school in the U.S.

First, she left Cuba as a young girl when Fidel Castro took power to Venezuela.

Ten years later, she and her family escaped again when they noticed the same signs that plagued their home country.

When she arrived in the U.S. in 2010, she did not work in the career she studied for in South America. She arrived with a doctorate in the field of clinical psychology, but she washed cars at the airport.

She wanted a better life for herself and her two daughters.

She wanted to graduate from a U.S. university but knew she needed to become a U.S. citizen first.

"My citizenship exam came on the day I least expected," Tremble recalled. "I knew if I didn't go, I would lose everything but thankfully I still passed."

Now a year later, she walked on stage to receive her another certificate she worked hard for.

Also during the ceremony, Orange County Mayor Jerry Demings was awarded the Presidential Medal from the university.